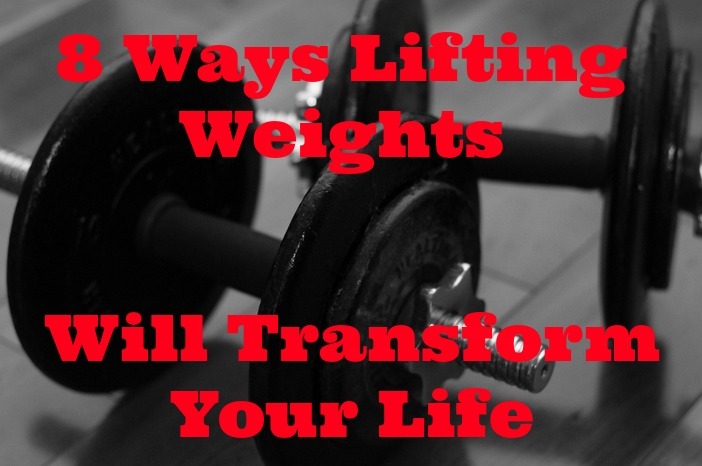 Men and women of all ages should strength train, for more reasons than you think.

Although I strength trained for several years, I stopped about six years ago (for reasons that are not relevant to the subject matter of this blog post). For the past six years my exercise has consisted solely of running four days a week, and walking two days a week. That is, until a few weeks ago.

In mid-April of this year I decided that it was time to hit the weights once again. Why? There’s a long list of pros to lifting weights. First, there are many physical goals that you can achieve by strength training. Here are just some of them: you’ll shrink your waist line, you’ll be able to fit back into your skinny jeans, and you’ll look lean and toned. These benefits, alone, should be enough to get anyone to start hitting the gym on a regular basis. However, strength training doesn’t just make you look good.

Weight lifting also provides a myriad of health and mental benefits. In addition, it will increase your overall sense of well-being. If you’re not already lifting weights, I strongly encourage you to start. In case you need a little push, below you’ll find 8 ways lifting weights will transform your life.

He cites a study done by Penn State University in which overweight people were put on a reduced-calorie diet and split up into three groups:

Participants in all three groups lost roughly the same amount of weight: 21 pounds. However, groups one and two lost 15 pounds of fat and about 6 pounds of muscle. Group three—the group that lifted weights—lost all 21 pounds from fat. Which group do you think looked better and was most likely to keep the weight off? Obviously, group three.

Alwyn Cosgrove echoes the advice of lifting weights in order to lose fat. He says the following:

“Strength training is a critical component of any program that emphasizes long-term fat loss.”

2. You’ll Be Smarter. A study presented at the Canadian Cardiovascular Congress found that people who exercised fared better in terms of mental acuity—the ability to acquire and process knowledge– than those who did not exercise. The study involved overweight, sedentary adults. This is what happened:

At the end of the four months participants had reduced waist circumference and they had lost weight. However, the benefits were more than just physical. Participants also significantly improved functioning on the tests of mental acuity.

In addition, although both cardio and resistance training increase the level of growth factors, there are studies that show that more neurogenesis—or brain growth–occurs when you add strength training to your workout instead of just doing cardio.

3. You’ll Relieve Stress. Physical activity reduces stress by releasing endorphins, which are feel-good hormones. Although both cardio and strength training stimulate your body to release endorphins, your body produces more endorphins in a faster period of time when you’re weight lifting than when you’re doing cardio.

In addition, certain strength-training exercises produce more endorphins than others. Specifically, compound exercises—exercises that involve more than one muscle group– have been shown to produce the most endorphins during and after a workout. Compound exercises include the bench press, the dead lift, and the barbell squat.

4. You’ll Be Protecting Yourself Against Diabetes. Studies have shown that the bodies of people who weight train have better blood sugar control than the bodies of those who don’t weight train. This is because building muscle tissue increases the muscles’ demand for glucose.

Muscles pull glucose from the bloodstream, and this prevents blood sugar levels from rising dangerously. In turn, this helps to prevent diabetes.

In addition, weight lifting melts away visceral fat, which is the fat that is stored within the abdominal cavity and builds up around the organs found there, and which has been associated with a higher risk of both cancer and diabetes.

5. You’ll Have Stronger Bones. One of the best ways you can control bone loss as you age is to add strength training to your workout plan. By stressing your bones, strength training increases bone density and reduces the risk of osteoporosis. Therefore, you’ll be less prone to fractures and breaks as you get older.

In addition, weight lifting results in improved strength and balance, which makes it less likely that you’ll fall.

As an aside, my 70-year-old aunt was saying the other day that she wants to learn to ski, but at her age, she’s terrified of falling (because of the potential for bone breakage). I love skiing, and I hope to still be doing it at 70. So, off to the gym I go.

6. It Can Make You Younger. As I wrote in my post, 17 Ways to Slow Down the Aging Process and Live Longer, one unfortunate aspect of aging is the loss of muscle tissue and strength. However, a 2011 study published in the Sport Medicine journal found that it’s possible to slow down the aging process by improving strength.

In addition, in 2007 a team of American and Canadian researchers compared 596 aging-related genes of older adults to the ones of younger participants. As expected, the older genes did not perform as well. Then, the older participants were asked to follow a resistance training routine twice a week, for six months.

At the end of the six months researchers repeated their gene analysis. They saw a significant improvement in gene expression. To summarize their findings: increasing your strength by lifting weights will make your genes younger.

7. You’ll be Happier. Adam Campbell, who was mentioned in the first point of this article, writes in The Men’s Health Big Book of Exercises that lifting weights will make you happier. In order to support his claim, Campbell cites research conducted at the University of Alabama at Birmingham in the United States.

Researchers there took a group of people and had them perform three weight workouts a week, for 6 months. The results of the study were that participants significantly improved their scores on tests measuring anger–which had dropped– and overall mood, which had gone up.

In addition, Campbell refers to a study done at the University of Sydney in Australia. Scientists there found that regularly lifting weights significantly reduces symptoms of depression. They reported that a meaningful improvement was seen in 60% of clinically diagnosed patients; a similar response rate from antidepressants–without the negative side effects.

8. You’ll Gain Confidence and Self-Esteem. Right now you may be thinking that you’re too weak or too old to lift weights. However, almost anyone willing to follow a situation-specific training program can lift weights. In addition, you can challenge yourself by doing the following:

Set weight lifting goals for yourself and then follow through on them. This will give you a sense of achievement which you can then apply to help you achieve your goals in other areas of your life. In addition, lifting weights will make you stronger, and feeling strong is empowering.

Previous post: 16 Hobbies That Will Improve Your Quality of Life