20 Brain Hacks To Keep Your Noggin In Tip-Top Shape 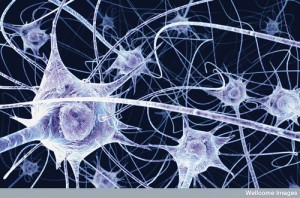 Brain plasticity, or neuro-plasticity, refers to the ability of the brain to change and adapt, and even rewire itself. A mounting body of evidence suggests that our brains contain more plasticity than previously thought, and that there are many things we can do to strengthen our brain.

Below you’ll find 20 brain hacks to help you keep your noggin in tip-top shape .

1. For brain health, eat two or three servings of fish weekly. Fish is rich in omega 3 fatty acids which are essential for brain function and development. These healthy fats have amazing brain power: higher dietary omega 3 fatty acids are linked to lower dementia and stroke risks; slower mental decline; and may play a vital role in enhancing memory, especially as we get older.

2. Learn to Juggle. Brain researchers at the University of Regensburg in Germany have found that learning to juggle can change brain structure. Researchers conducted a study in which they divided 24 people into two groups: 12 people were taught to juggle and the other 12 were not.

Here were the results:

3. Make blueberry pancakes for breakfast. Research in animals shows that blueberries help protect the brain from oxidative stress and may reduce the effects of age-related conditions such as Alzheimer’s disease or dementia. Studies also show that diets rich in blueberries significantly improved both the learning capacity and motor skills of aging rats, making them mentally equivalent to much younger rats.

4. Challenge your brain. The brain, just like the body, needs to be kept in shape so that it can perform at its optimum level. Your brain is like a muscle: the more you use it, the stronger it will get.

For some great free games to exercise your brain visit the “Brain Metrix” site. One that’s lots of fun and which will stimulates your creativity is “silver ball”.

5. Get enough sleep. Without adequate rest, the brain’s ability to function quickly deteriorates:

6. Do lateral thinking puzzles. The brain becomes complacent if you stop stimulating it. Lateral thinking puzzles demand a creative approach, an open mind, and an ability to construct a variety of possible answers before settling on the right one. This helps keep the brain on its toes. You can try any of the following:

7. Exercise. Recent studies have linked exercise to brain cell growth. In one study, published in the International Journal of Neuropsychopharmacology, the brain cells in the hippocampus doubled in adult rats that exercised on running wheels.

The book Spark: The Revolutionary New Science of Exercise and the Brain

explains that you can lift your mood, fight memory loss, sharpen your intellect, and function better than ever simply by elevating your heart rate and breaking a sweat. Scientific evidence demonstrates that aerobic exercise physically remodels our brains for peak performance.

8. Drink water. Carla Hannaford, Ph.D., author of Smart Moves: Why Learning Is Not All in Your Head

, explains that the brain is between 75 and 90% water.  In addition, as a major component of blood, water is vital for transporting oxygen to the brain.

Drinking water throughout the day improves concentration and focus.  Many of us have a habit of choosing soft drinks, carbonated beverages, and juices over water. Start replacing these drinks with water.

9. Relax.  Neuroscientists have found that continuous or intense stress can harm brain cells, brain structure and brain function, causing such side effects as memory problems or depression. In one study reported by the Society for Neuroscience, when researchers stressed rats by restraining them, cells in the hippocampus—a brain area important for memory—withered. Therefore, reducing stress is vital to maintain a healthy brain.

10. Make guacamole. Every organ in the body depends on blood flow, especially the heart and brain. Eating fruits like avocados–yes, avocados are fruit–can enhance blood flow, offering a simple, tasty way to fire up brain cells.

In exercising both sides of the brain at the same time, we create actual “connections” between the left and right sides. These connections increase our ability to learn, to comprehend, and to remember. In addition, completing a puzzle, or even just the successful placement of one piece, encourages the production of dopamine, a brain chemical that increases learning and memory.

Try to make it challenging: choose puzzles with 500 pieces or more.

12. Eat chocolate.  Dark chocolate has powerful antioxidant properties, and contains natural stimulants like caffeine, which can enhance focus and concentration.

13. Go out and socialize. Researchers at the Harvard School of Public Health used data gathered from 1998 to 2004 from the Health and Retirement Study to study the effects of social isolation on mental decline.

Their findings suggest that strong social ties, through friends, family and community groups, can preserve our brain health as we age and that social isolation may be an important risk factor for cognitive decline in the elderly.

14. Do things differently. The brain loves novelty. When you challenge your own assumptions, look at things from many different perspectives, change your routines, break your habits, and so on, you actually open new pathways in the brain and nervous system. Try the following:

16. Smell the sandalwood. Michelle Schoffro Cook, doctor of natural medicine and author of The Brain Wash has the following to say about the benefits of sandalwood:

“Natural scents have a direct pathway to the brain and research shows that some chemical constituents of aromatherapy oils, particularly . . . sesquiterpenes [a chemical compund found naturally in plants] can cross the blood-brain barrier and increase oxygen flow to the brain.”

17. Improve your creative thinking. Michael Michalko explains in “Cracking Creativity” that–when confronted with a problem–people typically look for a solution by thinking about past problems they’ve encountered. Because a certain solution worked in the past, they’re confident that it’s the best solution for the problem at hand. That is, they look for the expected, conventional response to the problem.

For example, when asked “What’s one-half of thirteen?” most people will say “six and a half”. This is thinking reproductively based on similar problems they’ve had in the past.

However, creative people think productively, not reproductively. When confronted with a problem they look for all the different ways they could possibly solve it, instead of just asking how they’ve been taught to solve it. Then they come up with many different responses, some of which are unconventional.

This is how a creative thinker might answer the question “What’s one-half of thirteen?”:

Productive thinking is about generating as many choices as one possibly can. A creative thinker thinks about the problem from many different angles. This gives them a number of possible solutions to choose from.

The next time you’re confronted with a problem, instead of jumping to the first obvious solution, take a step back and see if you can find several alternatives. By stimulating your creativity in this way you’ll be keeping your brain on its toes.

Alvaro Fernandez, co-founder of sharperbrains.com, explains that instead of just believing what you’re told or what you read you should always ask yourself, “Where is the evidence?”. He adds that even if an article has been endorsed by 20 Harvard Medical School researchers and doctors, nothing should substitute your own brain in action.

Other aspects of critical thinking are to think of counterarguments–to make sure that you’ve examined both sides of the issue–, to look for an author’s motivations, and to check if what you’re reading or what you’re being told is in alignment with your own personal experience.

19. Think positive, loving thoughts. A decade of research at the W.M. Keck Laboratory for Functional Brain Imaging and Behavior led by neuroscientist Richard Davidson found that choosing specific thoughts and emotions can permanently change the working of the brain.

When participants practiced feeling love and compassion, their brains went into action — connecting and building new circuitry at high speed.

Davidson has concluded that emotions play a strong role in mental acuity and that spending just 10 minutes a day focusing on feeling loving and kind can make you smarter — and happier.

20. Choose the Indian Restaurant Instead of the Steakhouse. Scientists from the University of California discovered that curcumin–a yellow-coloured compound found in the curry spice turmeric–can slow down the onset of memory loss. Small doses of curry could also help protect the brain against Alzheimer’s disease. Curries with a yellow tinge will have the highest curcumin count.

Previous post: An 18 Minute Plan That Will Make Your Productivity Soar