How to Change Your Life 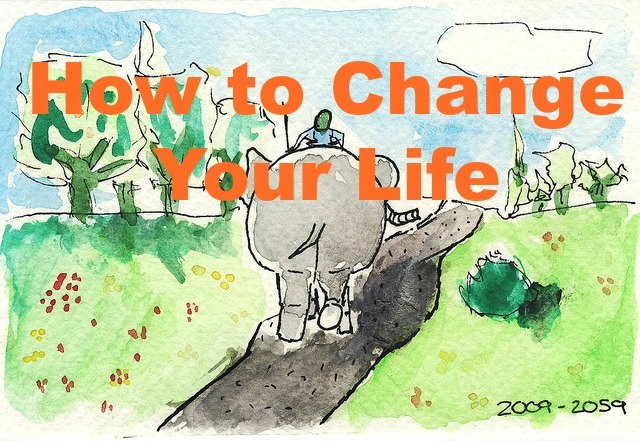 Making changes is hard. Anyone who has ever tried to change their life for the better can attest to this.

Look at the following two examples: 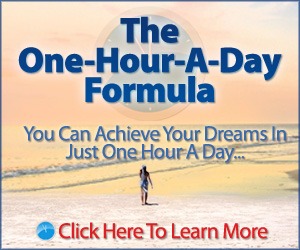 Why is making changes so difficult? And what can we do to make it easier?

Brothers Chip and Dan Heath tackle the subject of change in their book, Switch: How to Change Things When Change Is Hard. The Heath brothers explain that change is difficult because of a conflict that’s built into our brains. The conflict exists because we have two minds:

These two minds are constantly competing for control.

The Rider and The Elephant

As was stated in the introduction, the Heath brothers use the analogy of a Rider and an Elephant in order to explain the tension that exists between the rational mind and the emotional mind.

Perched atop the Elephant, the Rider holds the reins and appears to be the one in control. However, the Rider is very small compared to the Elephant, so his control is tenuous at best. Whenever the Rider and the Elephant disagree on which way to go, the six-ton Elephant usually wins out.

The Elephant wants instant gratification, while the Rider wants to sacrifice short-term gains in order to acquire an even larger reward in the future. Look at the following:

The Rider can keep the Elephant on the right path for a while through the use of willpower. The problem is that willpower is limited. More often than not, the Rider’s willpower is depleted while the goal is still nowhere in sight. At that point, the Rider loses control and the Elephant wanders off the path.

That’s why you make plans to spend the night hard at work, but you end up boogying the night away at a nightclub (silently cursing the Elephant).

In order to make a change you need to enlist both your rational and your emotional minds–in other words, get the Rider and the Elephant to agree on where to go. In addition, you need to make sure that the path that leads to the change that you’re trying to make is easy to travel on. There’s more on each of these below.

Direct the Rider – Make It Clear What Needs to Be Done

Not all of the problems related to change stem from the Elephant. Sometimes, the Rider is the one who appears to be resisting change.

The Heath brothers point out that most of the time, what looks like resistance from the Rider is actually a lack of clarity. That is, the Rider isn’t sure what needs to be done in order to create the desired change. Therefore, he ends up leading the Elephant in circles.

Dan and Chip explain that there were two professors at West Virginia University who wanted to persuade people to eat a healthier diet. Their problem was that telling people to “eat a healthier diet” is very unclear. People will not act to make the desired change because they don’t know what to do.

The number of possibilities for eating healthier is limitless, and so the Rider does a lot of thinking and analyzing, but nothing gets done.

Therefore, the vague instructions of “eat a healthier diet” turned into the following: “switch from whole milk to 1% milk”. That’s much clearer and easier to act on. But they didn’t stop there.

Most people will drink whatever milk is in their refrigerator. The key is to make the decision of selecting the 1% milk, instead of the whole milk, at the supermarket. In the end, the instructions that the professors started giving people were something like the following:

“When you’re at the grocery store, purchase 1% milk instead of whole milk”.

These instructions are crystal clear. The Rider knows what to do, and can confidently direct the Elephant. To make change, be very clear on what it is that you’re going to do.

When you want to make a change, it’s vital that you get the Elephant on board. After all, the Elephant is the one that’s going to be doing the work. In addition, you need the Elephant’s energy and passion. However, you can’t convince the Elephant with logic and facts.

The Elephant can “know” that something is good for you, and still not be motivated to start walking down the path toward the change that you want to make. This is because what’s important to the elephant are emotions, not logic. In order to motivate the Elephant you need to make an emotional appeal.

Here are some ways to appeal to the Elephant’s emotions:

To make changes, appeal to your emotions.

Shape the Path – Craft Your Environment to Support Change

Imagine the following scenario: the Rider is trying to get the Elephant to climb up a steep, rocky path. Even if you’ve appealed to the Elephant’s emotions, for how long do you think the Elephant will remain on that difficult path? Obviously, not for long.

You want to make it as easy as possible for the elephant to walk down the right path. Make changes by setting up your environment in such a way that changes are easy to make.

Think of a change that you want to make in your life, whether it’s modifying your eating habits, becoming an early riser, and so on. Now do the following:

Live your best life by making positive changes in your life with the strategies explained above.

Next post: 20 Creative Project Ideas to Reawaken Your Right Brain