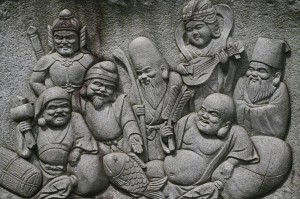 In this post I’ve identified seven essential ways to build wealth, based on the advice provided in some of the best wealth creation books available (including one that was published in the 19th century). They are the following:

Each of these is explained below.

Build Wealth by Asking Yourself, “Why Not Me?”

In his book “100 Ways to Create Wealth”, Steve Chandler indicates that in order to create wealth you have to constantly ask yourself the following question: “Why not me?” He adds that in life we only achieve what we think we can achieve. Think of the following:

As long as you believe that you can’t, you never will.  Steve explains that money is just cause and effect: you provide value for others, and you receive money in return. That formula works for everyone. Including you. So the next time you catch yourself thinking, “I could never have that”, think to yourself instead, “Why not me?”

Keith Cameron Smith explains in ““The Top 10 Distinctions Between Millionaires and the Middle Class” that millionaires think long-term, while everyone else thinks short-term. He breaks society down into five groups, and explains how each group thinks:

The author adds that the middle class wants instant gratification: whatever they want, they charge it on their credit card or make a down payment with the intent of paying out the balance later on. After all, they’re focused on comfort. The rich put freedom ahead of gratifying immediate wants. It’s this long-term thinking that allows them to pull ahead. Change your thinking from the short-term to the long-term.

P. T. Barnum (1810 – 1891) was an American showman, businessman, and entertainer, who founded what became the Ringling Bros. and Barnum & Bailey Circus. He became a very wealthy man and he shares some advice on how to acquire wealth in his book “The Art Of Money Getting”. Here are three of the tips he shares in his book:

“Wear the old clothes a little longer if necessary; dispense with the new pair of gloves; mend the old dress, live on plainer food if need be; so that, under all circumstances, unless some unforeseen accident occurs, there will be a margin in favor of the income. A penny here, and a dollar there, placed at interest, goes on accumulating, and in this way the desired result is attained.”

“The safest plan, and the one most sure of success for the young man starting in life, is to select the vocation which is most congenial to his tastes . . . We are all, no doubt, born for a wise purpose . . . Unless a man enters upon the vocation intended for him by nature, and best suited to his peculiar genius, he cannot succeed.”

Be Cautious and Bold

“Among the maxims of the elder Rothschild was one, all apparent paradox: ‘Be cautious and bold’. This seems to be a contradiction in terms, but it is not, and there is great wisdom in the maxim. It is, in fact, a condensed statement of what I have already said. It is to say: ‘you must exercise your caution in laying your plans, but be bold in carrying them out.’ A man who is all caution, will never dare to take hold and be successful; and a man who is all boldness, is merely reckless and will eventually fail.”

Build Wealth By Allocating Your Time, Energy, and Money Efficiently

In “The Millionaire Next Door”, the authors describe the following three types of people:

Then they add the following: “PAWs allocate nearly twice the number of hours per month to planning their financial investments as UAWs.” PAWs do the following:

There is a strong positive correlation between investment planning and wealth accumulation. Devote time and energy to making sure that you’re handling your money efficiently.

Build Wealth by Knowing What “Being Rich” Means to You

Ramit Sethi is the owner of a popular blog called “I Will Teach You To Be Rich”, and is the author of a best-selling book by the same name. In his book, “I Will Teach You To Be Rich”, he indicates that he always asks people these two questions: “Why do you want to be rich?” and “What does being rich mean to you?”. Being rich means something different to everyone. Here are three examples of people making decisions based on their own definition of “being rich”:

“Being rich” doesn’t mean the same thing for everyone. Make sure that you know why you want to have more money, and what you intend to do with it.

I’m a big proponent of taking the time to decide what you want, planning how you’re going to get it, and then taking the necessary action.  One of the main reasons that people identify for not going after what they really want in life is that they don’t have the money to do it.

The seven ways to build wealth identified above are meant to help you start moving along the path to acquiring the necessary wealth to be able to do with your life what you want. 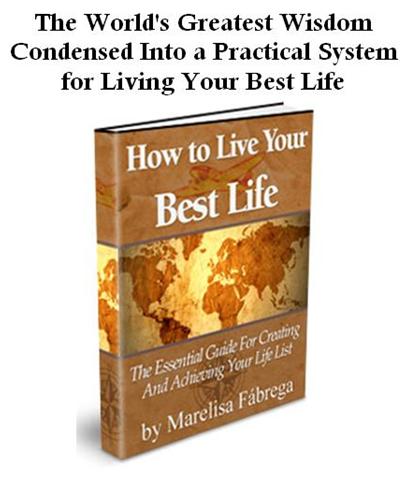