10 Things to Do When Life Throws You a Curveball 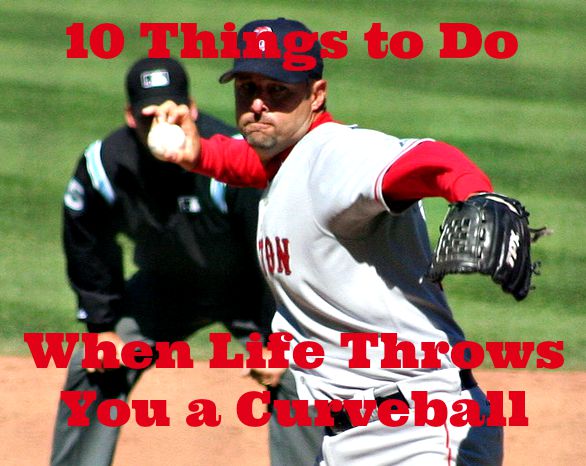 Sooner or later, life will throw you a curveball. And it will suck.

“While I was in Double-A with the Cubs, my roommate got called into the office and was demoted to a Single-A club. He was leading our team in home runs and runs batted in and was the best offensive player we had, but he had to go down a level. The powers that be had ordained someone else ‘the best offensive player we have’, so our actual batting leader’s success was somehow unacceptable . . .

The curveball becomes that rude awakening that often derails us from our tried and true plan to go from A to B . . . [T]he curveball is often just a test — most times thrown to see if you will chase something out of your zone.”

The question isn’t whether or not life will throw you a curveball; it’s just a matter of when. Look at the following:

1. Don’t Overgeneralize. Just because something unexpected has temporarily knocked the wind out of you it doesn’t mean that your life is over, that you’ll never achieve the things that you want, or that you’re doomed to fail and struggle for the rest of your days.

Kimberley Cohen, Founder, Facilitator and Personal Insight Coach of The Insight Technique, explains that the fact that you’ve struck out doesn’t mean that you’re out of the game. You’re simply out until the next time you’re up to bat. She adds the following:

“There will be another inning, another game, another chance, and ‘how’ you handle the curve balls is really up to you. You can lose your confidence, your spirit, your love of the game or, you can take your stance at home plate, swing like you have never swung before and know you have a chance at hitting that ball far out into the outfield or the stands.”

2. Get Some Perspective. Right now you may be telling yourself that losing your job, getting dumped by your girlfriend, or being passed over for the promotion is the worst thing that could have happened to you. However, you don’t know that for sure. Think of the story of the farmer and the horse.

In case you’ve never heard the story, it goes something like this:

The truth is, you can’t see the future. Would your life have been perfect if you had gotten the raise you were gunning for, or if you had married that girl who dumped you? Maybe; but maybe not. What looks like a huge loss at the present could be a blessing in disguise. You don’t know yet.

3. Practice Acceptance. In his book The Seven Spiritual Laws of Success, Deepak Chopra explains “The Law of Least Effort”, which is basically the principle of no resistance. One component of this principle is acceptance.

Chopra explains that when you struggle against the moment you’re struggling against the entire universe. And that’s not a smart move. You can wish for things to be different in the future, but at this moment in time you have to accept things as they are. He advises that you say the following to yourself:

4. Decrease Your Ego’s Involvement. Chance are, the curveball you were thrown was unfair. You were treated unjustly. However,  even if you feel that you’ve been wronged, you need to stop thinking along the following lines:

This kind of thinking consumes an enormous amount of energy and doesn’t help you in any way. In “The Art of Dreaming” Don Juan tells Carlos Castaneda the following:

“[M]ost of our energy goes into upholding our importance . . . If we were capable of losing some of that importance, two extraordinary things would happen to us. One, we would free our energy from trying to maintain the illusory idea of our grandeur; and two, we would provide ourselves with enough energy to . . . catch a glimpse of the actual grandeur of the universe.”

By refusing to identify with your ego and its penchant for taking things personally, as well as its need for self-aggrandizement, you’ll be better able to take things at face value. This will allow you to stop linking your sense of self to what happened.

In addition, it will free up energy that you can then use to create better circumstances for yourself.

5. Meditate. When you’re stressed, fearful, angry, or anxious—which are feelings that often accompany an event that has a negative impact on your life–, your brain’s rhythm increases and brain activity rises. The more stressed you become, the more rapidly your brain waves vibrate.

Meditating slows down your brain’s rhythm, which is conducive to a relaxed state of mind which allows you to generate alternatives, see opportunities, and come up with creative solutions. That is, meditating will help put you in a more resourceful state of mind.

So turn on some music that you find soothing, light a candle, sit cross-legged on the floor, and start saying your “Oms”.

6. Ask the Right Questions. In “Living Your Best Life”, Laura Berman Fortgang explains that we need to stop asking ourselves questions hoping to come up with information in order to understand a situation or circumstance. Information questions keep you stuck in the past. Here are some examples:

Questions such as the three above make you rehash the negative scene over and over again in your mind as you struggle to make sense of what happened.

What you need to do, instead, is ask yourself questions that will help you to move forward. This includes questions such as the following:

The basic premise is that you need to move away from trying to understand a problem. Instead, look for ways to solve it. Laura adds that the most powerful question you can ask yourself is: “What do I want?”

7. Shift Your Focus To the Positive. Instead of dwelling on your loss, shift your focus to the good things that are still in your life.

8. Mourn Your Loss and Get On With Your Life. Sometimes a failure or a loss feels almost like someone has died. And, in a way, someone has. The person you would have been—if you had gotten that promotion, if you had married that person, if your business had succeeded—will no longer come into being. Take a few days to mourn for the loss of that person.

Then, be grateful that you’re not really dead, get up, and get on with your life.

9. Anchor Yourself to the Future. The curveball you were thrown probably set your goals off track. So, set new goals for yourself and get to work on achieving them. That is, anchor yourself to the future.

For example, just because that promotion didn’t pan out doesn’t mean that you’ll be stuck in a dead-end job forever. Instead, set new career goals for yourself. Then, start moving toward the new destination that you’ve set for yourself.

10. Focus On What You Can Control. One of the reasons why being thrown a curveball is so incredibly painful is because it makes you feel like you have no control over what happens to you. After all, you did everything right. But the “right” results didn’t materialize, in spite of your efforts.

In addition, there’s little that you can do about it. Look at the following:

Therefore, you need to turn your focus to things you can control. You can do things such as the following:

I know how difficult it is to have curveballs thrown at you, because I’ve had more than a few thrown at me. The ten things above have helped me to deal with life’s curveballs. I hope that they help you, as well. Live your best life by learning how to deal effectively with curveballs. 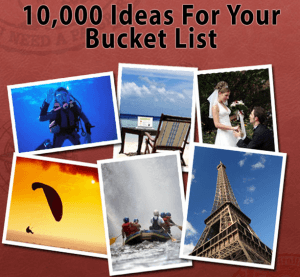 Next post: 10 Practical Tips for Creating a Meditation Habit That Sticks

Previous post: How to Make Yourself Smarter in One-Hour-A-Day