As a Man Thinketh – The Power of Right Thought 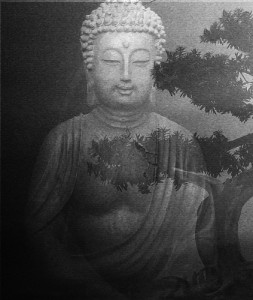 “You are what you think.  All that you are arises from your thoughts.  With your thoughts you make your world.”
– Buddha

“As a Man Thinketh” by James Allen–an Englishman who moved to a small cottage with his family to pursue a simple life of writing and contemplation–is a true personal growth classic. This thin volume, first published in 1902, has been widely read and has had a profound impact on the lives of countless people.

The book’s basic message is the following: “You are what you think.” If you think this sounds a lot like Buddha, you’re right; Allen was influenced by Buddhism.

The book begins with the following quote:

“Mind is the Master power that moulds and makes,
And Man is Mind, and evermore he takes
The tool of Thought, and, shaping what he wills,
Brings forth a thousand joys, a thousand ills:-
He thinks in secret, and it comes to pass:
Environment is but his looking-glass.”

This article explores some of the major lessons found in “As a Man Thinketh”.

As Tom Butler-Bowdon points out in “50 Self-Help Classics: 50 Inspirational Books to Transform Your Life”, the influence of Buddhism on Allen’s thought is obvious. This is so both in the emphasis he places on ‘right thinking’, and in his suggestion that the best path to success is calmness of mind.

The message of the Buddha is traditionally known as the Four Noble Truths. The last of these four truths sets out eight steps to happiness–The Eightfold Path–and one of these steps is right thinking.

Although people who are calm, relaxed and purposeful make it seem as if this is their natural state, it is nearly always the result of a lot of self-control. As Allen explains: “A noble character . . . is not a thing of favor or chance, but is the natural result of continued effort in right thinking. . . ”

That is, you have to be aware, on a continuous basis, of the thoughts that are going through your mind (witness your mind). Then, do the following:

This will be difficult at first, but just as a person can make themselves physically strong through rigorous exercise, a person can strengthen their mind through careful and patient training.

Tend to the Garden of Your Thoughts 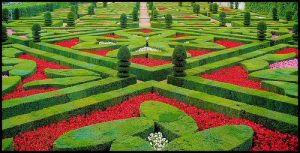 Allen argues that a person’s character is the complete sum of all of their thoughts. Someone who has a noble character must have, on balance, more noble thoughts than loathsome ones.

He then explains that each action springs from, or is the result of, a thought that person has entertained. He writes the following: “As the plant springs from, and could not be without, the seed, so every act of man springs from the hidden seed of thought . . . Act is the blossom of thought, and joy and suffering are its fruit.”

Each thought you have is a seed that you’re planting in the garden of your mind. This garden can be intelligently cultivated, or it can be allowed to run wild. If you want a particular type of plant or flower to grow there, then those are the seeds you need to sow and nourish: “nothing can come from corn but corn, nothing from nettles but nettles”.

Every thought that you have blossoms into an action, that action creates a result, and that result brings you either joy or misery. Allen refers to thoughts as “thought-seeds”.

Angry, hateful, and bitter thoughts will produce pain, as surely as the wheel follows the ox pulling the cart. Happiness will follow those who have kindly, pure, noble thoughts, as surely as that person is followed by their shadow.

He adds that each one of us needs to tend to the garden of our minds:

“Just as a gardener cultivates his plot of land and keeps it free from weeds while growing the flowers and fruits he desires, so should you tend to the garden of your mind, weeding out all wrong, useless, and undesirable thoughts while cultivating to perfection the flowers and fruit of right and useful, pure thoughts.”

The Effect of Thought on Circumstance

Allen explains that the outer conditions of a person’s life are always in harmony with their inner state. He adds that the fact that circumstances grow out of thought is evident to anyone who has practiced being mindful of their thoughts for some length of time. This person will be able to witness their circumstances changing in exact ratio to the change in their mental condition.

As stated before: “Every thought-seed sown or allowed to fall into the mind, and to take root there, produces its own, blossoming sooner or later into act, and bearing its own fruitage of opportunity and circumstance. Good thoughts bear good fruit, bad thoughts bad fruit.” A person reaps their own harvest.

Allen adds that a person does not attract what they want, but what they are. A person’s wishes are only gratified when they harmonize with their thoughts and actions. Here are two illustrations provided by Allen:

“Here is a man who is wretchedly poor. He is extremely anxious that his surroundings and home comforts should be improved, yet all the time he shirks his work, and considers he is justified in trying to deceive his employer on the ground of the insufficiency of his wages. Such a man does not understand the simplest rudiments of those principles which are the basis of true prosperity, and is not only totally unfitted to rise out of his wretchedness, but is actually attracting to himself a still deeper wretchedness by dwelling in, and acting out, indolent, deceptive, and unmanly thoughts.”

“Here is an employer of labour who adopts crooked measures to avoid paying the regulation wage, and, in the hope of making larger profits, reduces the wages of his workpeople. Such a man is altogether unfitted for prosperity, and when he finds himself bankrupt, both as regards reputation and riches, he blames circumstances, not knowing that he is the sole author of his condition.”

Even though both of these people in the two examples above want greater riches for themselves, they’re both frustrated in their attempts by encouraging thoughts which do not harmonize with their intended objective.

Allen is a big proponent of individual responsibility, explaining that people should stop complaining and blaming others and circumstances when they fail to get what they want; instead, they should search for “the hidden justice” which regulates their life.

The Law of Cause and Effect

In Buddhism, causality is accepted as natural law. The Dalai Lama explains that the best way to safeguard against undesirable events taking place is to make sure that the causal conditions that normally give rise to those events don’t arise. Similarly, if there’s an event that you would like to take place, then seek the causes and conditions that give rise to that event and replicate them.

In addition, Gunaratana-a Sri Lankan Buddhist monk-explains in his book Eight Mindful Steps to Happiness that once we understand that everything we think, say, or do is a cause, which will inevitably lead to some effect, we will naturally want to think, say, and do things which will lead to positive results. At the same time, we will avoid having thoughts, saying things, and doing things that will lead to negative results.

Allen has the following to say about the principle of causality:

“That he is the maker of his character, the molder of his life, and the builder of his destiny, he may unerringly prove, if he will watch, control, and alter his thoughts, tracing their effects upon himself, upon others and upon his life and circumstances, linking cause and effect by patient practice and investigation.”

“Here is a youth . . . confined long hours in an unhealthy workshop; unschooled . . . But he dreams of better things . . . of refinement, of grace and beauty. He . . . mentally builds up an ideal condition of life . . . unrest urges him to action, and he utilizes all his spare time and means . . . to the development of his latent powers and resources. Very soon . . . the workshop . . . has become so out of harmony with his mentality that it falls out of his life as a garment is cast aside.”

A Few More Quotes From “As a Man Thinketh”

The best way that I’ve found to keep my thoughts focused on what I want is to create a list of life goals, and to keep those goals at the forefront of my awareness. Then I continually ask myself: are the thoughts that I’m having right now likely to blossom into the action that I need to take in order to achieve my goals? If not, what better thoughts could I think instead? After all, what you achieve in life is a direct result of what you’re thinking. 1. Rule of Adulthood: You Have to Rescue Yourself
2. The Art of Mindful Living
3. 5 Lessons From Motivation Mega-Star Jim Rohn
4. 45 Morsels of Wisdom From Earl Nightingale

Previous post: How to Make $1374 to Finance Your Life Goals