Rule of Adulthood: You Have to Rescue Yourself 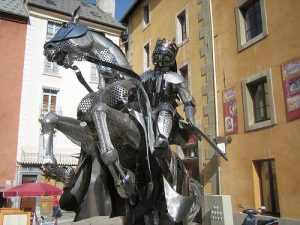 A while ago I wrote a blog post about David Emerald’s fabulous book, “The Power of TED: The Empowerment Dynamic”. In his book, David explains a model of human interaction called “The Drama Triangle”, which was first described by Stephen Karpman. The model describes three psychological roles (or ego states) which people often take in response to a situation: Persecutor, Victim, and Rescuer.

Here’s a description of each of these:

A lot of our culture is made up of this drama triangle. For example, you can recognize the drama triangle in stories which involve a damsel in distress, a villain holding her captive, and a hero who sweeps in to rescue her. Of course, this dynamic doesn’t apply just to women; it applies to men as well. A lot of us are harboring rescue fantasies.

An area in which it’s quite common for people to harbor rescue fantasies is when it comes to money. People with financial problems—or people who think that they can’t pursue their dreams because they don’t have the money to do so–are very likely to tell themselves that their problems are going to be solved at any moment by one of the following:

Although in the glaring light of reality all of the above seem highly unlikely, a surprisingly large number of people pin their hopes on having one of these things come to pass.

Keep in mind that rescue fantasies don’t just apply to the area of finances. They can apply to any area in which we’re not getting what we want from life and, instead of taking action, we’re passively waiting for a benefactor to take some action on our behalf, or for some highly improbable event to take place. The problem with rescue fantasies is that it doesn’t matter how long you wait: no one is coming to the rescue.

You need to accept the following.

Below you’ll read about Brian Tracy’s realization that no one was coming to the rescue, the importance of self-reliance for your self-esteem, and how you have to help yourself before you’ll get any help from others.

No One Is Coming To the Rescue

Brian Tracy writes in his book “Goals! How to Get Everything You Want–Faster Than You Ever Thought Possible” that when he was twenty-one years old he was broke, he had a job working construction, and he lived in a small one-room apartment.  One night he was sitting at the small kitchen table and he had a sudden flash of awareness that changed his life: “No one was coming to the rescue.”

Tracy realized at that moment that everything that happened to him from that moment on was completely up to him.  He was responsible for his life. If he didn’t change, nothing else would change.

However, instead of thinking of this as something scary or overwhelming, coming to this realization was empowering for him. Likewise, it can be an empowering realization for you. Accepting that your life is in your own hands, and that whether you succeed or fail in life is up to you, is a liberating experience. Look at the following:

Self-Esteem and The Practice of Self-Responsibility

“Self-esteem, fully realized, is the experience that we are appropriate to life and to the requirements of life.” – Nathaniel Branden

Today there are tons of self-growth experts who recommend that you work on your self-esteem by doing things such as standing in front of a mirror telling yourself how wonderful you are and blowing little kisses at yourself. However, Nathaniel Brendon, widely regarded as the world’s foremost expert on the subject of self-esteem, recommends a much more practical approach.

In his book, “The Six Pillars of Self-Esteem”, he explains that self-esteem is made up of the following two components:

In turn, we can enhance our self-efficacy and our self-respect through six practices. These practices are the following:

When it comes to the third practice, self-responsibility, Branden explains that we all have a need to experience a sense of control over our own existence. This requires that we be willing to take responsibility for our actions and the attainment of our goals. Branden adds that self-responsibility is essential to our self-esteem.

In the chapter of the book which Branden devotes to self-responsibility, he has a section that’s titled, “No One is Coming”. In that chapter Branden explains that after having worked with so many people in helping them to build their self-esteem, he’s always looking for that moment in which a “click” seems to occur in the client’s mind and new forward motion begins.

“The dream of a rescuer who will deliver us may offer a kind of comfort, but it leaves us passive and powerless. We may feel ‘If I only suffer long enough, if I only yearn desperately enough, somehow a miracle will happen’, but this is the kind of self-deception one pays for with one’s life as it drains away into the abyss of unredeemable possibilities and irretrievable days, months, decades.”

Take responsibility for yourself; rescue yourself. No one is coming.

There are people out there who can lend you a hand if you have a problem, or if there’s some obstacle that you need to overcome. And learning how to ask for help and how to ask for what you want is an important part of achieving your dreams. However, as a general rule, people will not help you unless they see that you’re taking action to help yourself.

This point is well illustrated in the following Aesop’s Fable:

A CARTER was driving a wagon along a country lane, when the wheels sank down deep into a rut. The rustic driver, stupefied and aghast, stood looking at the wagon, and did nothing but utter loud cries to Hercules to come and help him. Hercules, it is said, appeared and thus addressed him: “Put your shoulders to the wheels, my man. Goad on your bullocks, and never more pray to me for help, until you have done your best to help yourself, or depend upon it you will henceforth pray in vain.”

Self-help is the best help.

Here’s a quote from the book “The Royal Path of Life” that presents a similar sentiment: “Let not, then, the young man sit with folded hands, calling on Hercules. Thine own arm is the demi-god. It was given thee to help thyself.”

P. T. Barnum (July 5, 1810 – April 7, 1891) was an American showman, businessman, and entertainer, who founded what became the Ringling Bros. and Barnum & Bailey Circus. He became a very wealthy man and he shares some advice on how to acquire wealth in his book “The Art Of Money Getting”.  Here’s a passage from his book:

“People have got to do as Cromwell said: ‘Not only trust in Providence, but keep the powder dry.’  Do your part of the work or you will not succeed.  Mahomet, one night, while encamping in the desert, overheard one of his fatigued followers remark: ‘I will loose my camel, and trust it to God.’  ‘No, no, not so,” said the prophet, “tie thy camel, and trust it to God!’  Do all you can for yourselves, and then trust to Providence, or luck, or whatever you please to call it, for the rest.”

Be honest with yourself: is there an area of your life in which you’re passively waiting for a stroke of luck or for someone to come out of the blue and save you? Are you telling yourself, “Someday, when this or that happens, I’m finally going to be able to . . .” Stop waiting for a rescuer or for some chance event to take place, and begin taking steps to rescue yourself.

1. The Cavalry Ain’t Coming
2. 5 Life Lessons From Motivation Mega Star Jim Rohn
3. Succeed by Cultivating a Growth Mindset
4. Dealing With Life’s Challenges – Life Is Like a Game of Chutes and Ladders