Succeed by Cultivating a Growth Mindset 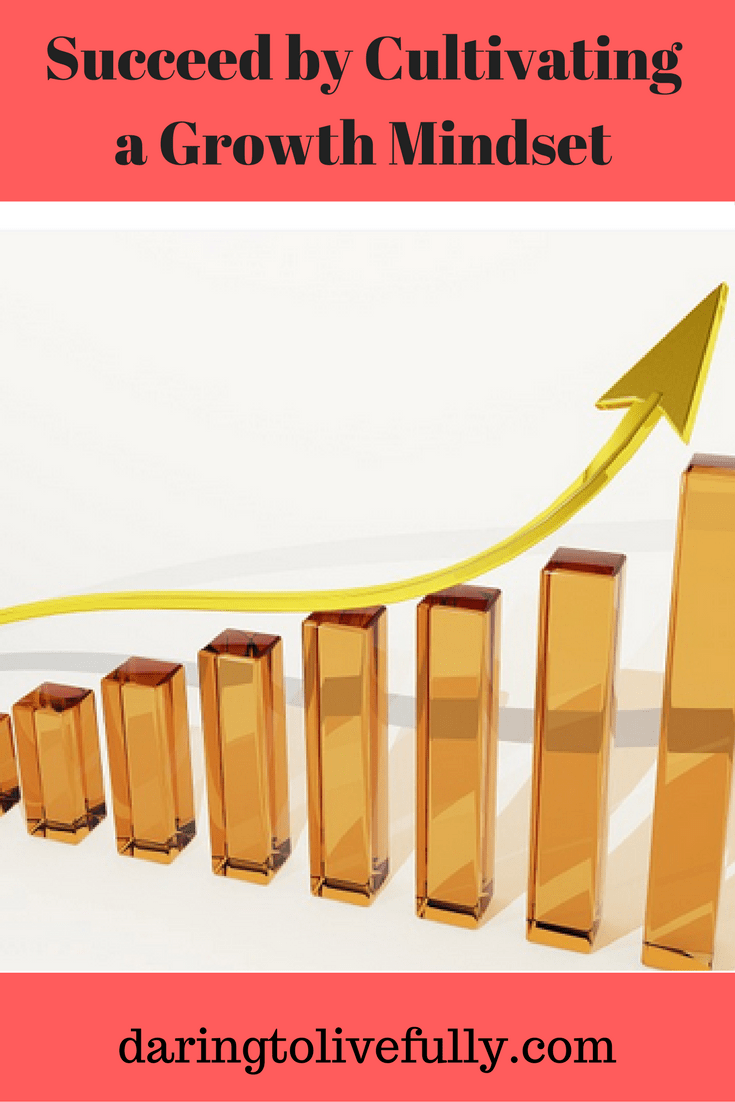 In order to succeed, learn, and make progress, you need to cultivate a growth mindset.

In her book “Mindset: The New Psychology of Success”, Carol Dweck, Ph.D.–a professor at Stanford University and a social psychologist– explains that there are two different kinds of mindsets: a “fixed mindset” and a “growth mindset”. One mindset leads to success, while the other leads to risk aversion and feelings of limitation.

The “fixed mindset” inhibits growth and learning. People with this mindset see obstacles and challenges as a threat to their sense of their ability. If they fail, that must mean that they’re not as smart or as talented as they previously thought. That is, failure equals a lack of ability. Even effort is a threat, because they believe that things should just come naturally if they have the necessary ability. People with a “fixed mindset” believe that if you have to exert effort at something, then you must not be very good at it.  Stars are born, not made.

The second view–the “growth mindset”–promotes the taking on of challenges and resilience in the face of obstacles. People with this mindset believe that effort is what makes you smarter.

In addition, they believe that success comes from practice and hard work, and that their intelligence and their talent can be developed. People with a “growth mindset” chalk up their errors to insufficient effort, not to a lack of ability; this leads them to persist in the case of failure, until they succeed.

This post will go into greater detail on cultivating a “growth mindset”.

One of the experiments which Dweck uses in order to prove her theory is to go to schools and give the kids an easy puzzle. Once they complete the puzzle, she tells half of them: “You did really well, you must be very smart”. She tells the other half: “You did very well; you must have put a lot of effort into this”.

Then she asks all of the students what they would like to work on next: more puzzles like the one they just did, or difficult puzzles which will teach them something new.

The kids who were told that they’re smart tend to want to continue doing the puzzles that are similar to the one they just did. They’re afraid that if they try the difficult puzzles, they won’t be able to solve them or it will take them a long time, and then they won’t look so smart any more.

On the other hand, most of the kids who were praised for their effort chose to do the more difficult puzzles. They saw the harder puzzles as an opportunity to grow.  In addition, these kids reported having more fun solving the puzzles. They’re getting the message that the joy is in the process of learning, trying hard, and being challenged.

Kids with a fixed mindset go out into the world wanting to look smart. If you feel that your intelligence and talents are static things that live within you, then you feel like it’s something that you have to demonstrate over and over again.

Kids with a growth mindset go out into the world curious to learn. If you believe that intelligence and talents are dynamic and malleable, then you always want to be taking steps to increase your ability, even if this means taking risks and failing.

The Growth Mindset at Work

“Instead of just giving employees an award for the smartest idea or praise for a brilliant performance, they would get praise for taking initiative, for seeing a difficult task through, for struggling and learning something new, for being undaunted by a setback, or for being open to and acting on criticism.”

What About the Famous IQ Test?

Alfred Binet invented the IQ test, which lots of people believe was meant to summarize a child’s unchangeable intelligence. However, Dr. Dweck points out in her book that Binet designed this test to identify the children who were not profiting from the Paris public schools, so that new educational programs could be designed to put them back on track.

Although Binet did not deny individual differences in children’s intellect, he believed that education and practice could bring about fundamental changes in intelligences. Here’s a quote which Dweck cites from Binet’s book, “Modern Ideas About Children”:

“A few modern philosophers . . . assert that an individual’s intelligence is a fixed quantity, a quantity which cannot be increased. We must protest and react against this brutal pessimism . . . With practice, training, and above all, method, we manage to increase our attention, our memory, our judgment, and literally to become more intelligent than we were before.”

Dweck explains that the view that you adopt–the “fixed mindset” or the “growth mindset”–has a huge impact on whether or not you accomplish the goals that you set for yourself.

Keep in mind that Dweck’s findings apply to everything: intelligence, athletic ability, artistic talent, sports ability, business skills, mathematical ability, emotional intelligence, and so on. Although people do differ in their initial talents and aptitudes, everyone can change and grow–in any area–through application and experience.

What do you think? Is it nature or nurture? Which of these two statements do you agree with: