12 Board Games for Developing Thinking Abilities and Life Skills 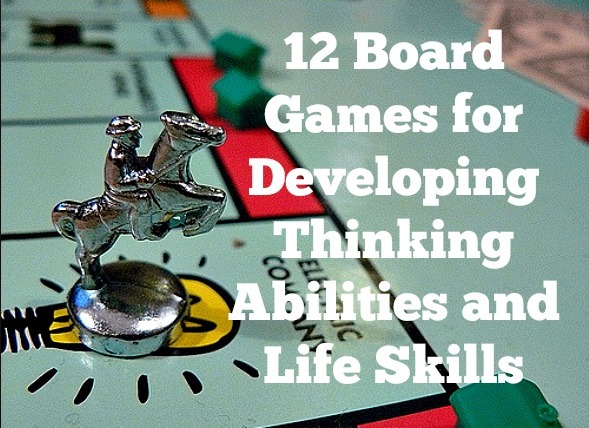 My sister works for—and is part owner of—a company that brings innovative teaching methods from around the world to Panama and licenses them to schools here. One of the programs that she promotes is called the Mind Lab Method. Here’s what the method is about:

“At the heart of the Mind Lab Method is the notion that the most effective way to learn is through an immediate and authentic experience that leaves one wanting more. Game-playing is the perfect example of such an experience – it is entertaining, engaging, and exciting, and therefore stimulates eager involvement. Game-playing also provides fertile ground for the training and application of thinking abilities and life skills.”

That is, Mind Lab uses games—including popular board games—to help kids learn all of the following:

Of course, it’s not just children who can learn from playing board games, but adults as well.

In fact, in my blog post on becoming more resilient, I recommend playing board games as one of the strategies to follow in order to increase your resilience. After all, board games help to develop mental flexibility, and being mentally flexible will help you to bounce back quickly when adversity strikes.

I sat down and did some research in order to determine which board games would be helpful in developing thinking abilities and life skills, and here are the 12 that I came up with: 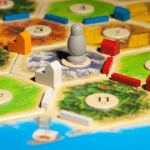 1. Settlers of Catan. Settlers of Catan is a multiplayer strategy board game in which each player is a settler on the island of Catan. The board is a map of Catan. Players try to become the dominant force in Catan by gathering resources in order to build cities, settlements, and roads. The resources consist of wood, grain, brick, sheep, and stone (the resources are represented by game cards).

By playing Settler of Catan, you learn all of the following: 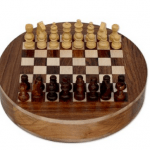 2. Chess. No list of board games that help to develop thinking abilities and life skills is complete without the game of chess. Chess needs no introduction: created in India, it’s been around for over 500 years and is one of the world’s most popular strategy games.

Playing chess promotes brain growth–specifically, it fuels dendrite growth–, and it exercises both sides of the brain. In addition, playing chess can increase IQ. A study conducted in Venezuela involving 4,000 students found that 4 months of chess instruction increased the students’ IQ scores.

In addition, chess teaches a plethora of valuable skills, including the following:

Here’s a quote from Benjamin Franklin about learning from chess: “We learn from chess the greatest maxim in life – that even when everything seems to be going badly for us we should not lose heart, but always hoping for a change for the better, steadfastly continue searching for the solutions to our problems.” 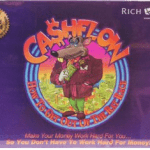 This game teaches all of the following: 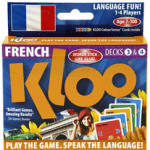 4. Kloo. Kloo was a created by an American game designer named Andrew who is married to an Italian. He takes his family–consisting of his wife and his two girls–to Europe once a year, so he wanted the girls to learn languages. However, his daughters didn’t enjoy language lessons, and the material they were using was ineffective.

That’s when Andrew decided to create a game that would replicate the way we learn our first language. He wanted to make learning languages easier, and fun. And that’s how Kloo was born. When Andrew tested his game he discovered that both kids and adults learn an average of 20 to 30 words in their target foreign language per game. And without even realizing it!

Kloo games are available to learn Spanish, French, Italian, and English. Here’s their suite of products (they have card games and board games): 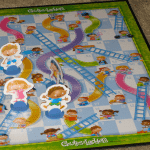 Here are some of the lessons in dealing with life’s challenges which you can learn from “Chutes and Ladders”: 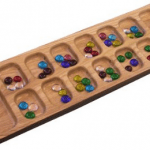 6. Mancala. Mancala is a two player game  that is played on a wooden board with two rows of six holes carved into it. Many things can be used as game pieces, including beans, seeds, nuts, marbles, stones, and shells. The object of Mancala is to have the most pieces in your Kalaha, or storage unit.

Mancala has been played for thousands of years in Africa and different parts of the Middle East. There are also versions in India, Sri Lanka, Indonesia, Malaysia and the Philippines.

Mancala can teach all of the following: 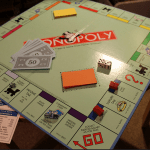 7. Monopoly. Monopoly–a real estate board game for 2 to 8 players– is a classic. Players buy and develop pieces of property, and whoever has the most money in the end wins. Basically, the game is an explanation of capitalism.

Phlip E. Orbanes, author of Monopoly, Money, and You: How to Profit from the Game’s Secrets of Success, explains that playing Monopoly teaches the following life lessons: 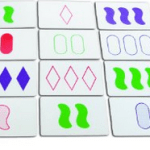 8. Set. Set is a card game in which each card contains four features: color (red, purple or green), shape (oval, squiggle or diamond), number (one, two or three) and shading (solid, striped or outlined). A set is three cards where each feature, when looked at individually, is either all the same or all different.

Set has won over 35 best game awards including MENSA Select.

There are many people who think that the purpose of intelligence is prediction. After all, the better you are at predicting what will happen in the future, based on patterns that you’ve recognized in the past and in the present, the more likely it is that you’ll succeed in life. 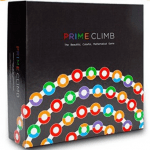 9. Prime Climb. – Prime Climb is a mathematical board game. The financing for the creation of this game was obtained through a Kickstarter campaign. It teaches mathematical literacy. You  roll the dice and add, subtract, multiply and divide your way to the center of the board.

By playing Prime Climb–which can be played by people who are “bad at math” and math whizzes alike–you’ll acquire deeper mathematical understanding. This game will turn everyone in your house into a lover of math. 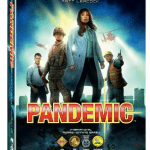 10. Pandemic. In Pandemic, four diseases have broken out simultaneously in the world. It’s up to a team of disease-fighting specialists in different fields to work together in order to find cures for these diseases before mankind is wiped out. The board is shaped like the planet earth.

Unlike most board games, Pandemic is cooperative, rather than competitive. The players, as a team, must coordinate their actions to stop a global pandemic. A game of Pandemic will have all the players discussing strategy and options together on almost every turn. If everyone does their part, the world is saved and all the players win.

As you can clearly see, Pandemic teaches teamwork and cooperation. 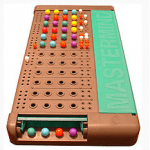 11. Mastermind. Mastermind is a code breaking game for two players. It has a decoding board and code pegs. One player is the code-maker, who creates a secret code, and the other is the code-breaker, who tries to break the code in as few turns as possible. The game has been adapted for applications in fields such as mathematics, computing, and psychology.

Mastermind can be used to teach, practice, and discuss scientific reasoning skills. Specifically, the game can be used to to teach topics such as sound experimental design, hypothesis-testing, careful interpretation of results, and the effective use of controls. 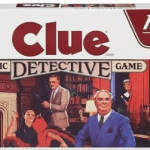 12. Clue. Clue is, basically, a detective game. Players try to figure out the three main facts of a murder: the murderer, the location of the murder, and the murder weapon. The game starts with the murder of Mr. Boddy–who has been murdered in his mansion–and involves the 9 rooms of the mansion, the 6 guests at Mr. Boddy’s dinner party and 6 possible weapons.

Clue has been used to teach propositional logic and computer programming to college students.

Board games are fun, and they’re a great way to spend quality time with friends and family. However, board games can also teach us thinking skills, as well as life skills. Live your best life by playing board games–you can start by playing the 12 games described above.