12 Counter-intuitive Ways to Be More Productive 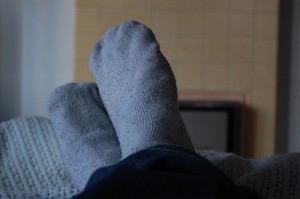 Many of us—myself included—were taught that in order to be productive and get things done you need to keep your nose to the grindstone.

That is, you have to work long hours, keep play to a minimum, and constantly push yourself to do more.

1. Quit. If there’s a project that you’ve been working on for a while, and it’s not getting off the ground, ask yourself whether the best strategy is to quit and move on to something else. While it’s true that you’ll never achieve anything worthwhile if you don’t persevere, you need to reassess whether a time-consuming project which seems to be going nowhere deserves even more of your time and effort.

Marketing guru Seth Godin recommends that you learn to tell the difference between a dip and a cul-de-sac. Anything worth doing will take a while to master. That time during which you’re paying your dues in order to achieve a large reward is “the dip”. When you’re in “the dip” you should persevere.

However, when you’re not enjoying the process, and instead of advancing you seem to be going around in circles, you’re in a cul-de-sac. A cul-de-sac is a dead-end; once you realize you’re in one, you should quit. Then, you can move on to other, more productive endeavors.

2. Be Lazy. Lazy people do the following:

Being lazy means that you’ll apply more thought to a project instead of simply leaping into action. It means getting more of the right things done, with the least amount of effort.

3. Work Surrounded by Small Doses of Distractions. Although most people think that silence and having zero distractions will make them more productive, research shows that you’re most productive when you’re surrounded by small doses of distractions. That is, seek to replicate the ambiance you would find at a coffeehouse.

Researchers at the University of Illinois at Urbana-Champaign had participants brainstorm ideas for new products while they were exposed to varying levels of background noise. They compared the results at three different levels:

Their results found that the best performance occurred at 70 decibels, a level of ambient noise typical of a bustling coffee shop or a television playing in a living room. Fifty decibels was too quiet, and 85 decibels was too noisy. If you can’t get out of the office and go to a coffee house, use Coffitivity for free coffee house sounds.

5. Schedule the Fun First. “The Now Habit” by Dr. Neil Fiore is a procrastination classic. In his book, Fiore explains that one of the reasons why we procrastinate is out of fear that once we start working there will be no time left over for play.

Although it seems paradoxical, in order to lessen the urge to procrastinate we need guilt-free play. When you know that work will not deprive you of enjoying the good things in life, it will be easier for you to get to work on large projects. Fiore explains that you can leverage the power of play to help you conquer procrastination, and be more productive, by planning recreation into your weekly schedule.

In addition, Fiore argues that when you’re planning your week, instead of starting off by filling it with the work you want to do, you start by scheduling fixed commitments—such as sleep and commuting time–, and then you schedule play. Furthermore, he explains that you should schedule at least one hour of play and relaxation a day, and at least one entire day of play and relaxation a week.

6. Do it Tomorrow. As work comes in throughout the day, many people just keep adding tasks to that day’s to-do list. People who do this find that their daily to-do list just keeps getting longer and longer. Mark Foster, author of “Do It Tomorrow and Other Secrets of Time Management”, argues that this is the wrong approach to follow if you want to be more productive.

Instead, Foster explains that your to-do list for the day should be a closed list. That is, once you’ve created your to-do list for the day, you don’t add anything new to it. If something new comes in during the day, unless it must be done immediately or there will be a significant downside, leave it for another day. In other words, be more productive by doing it tomorrow.

7. Workout. You may think that taking time off from work in order to hit the gym makes you less productive since you’ll be spending less time working. However, this view is entirely wrong. In fact, Richard Branson—a man who has started over 400 companies–, has said in numerous interviews that working out is his number one productivity secret.

In one interview, Branson told Tim Ferris—author of “The 4-Hour Workweek”—that working out gives him at least four additional hours of productive time every day.

8. Keep a Diary or Journal. A journal is a great place to collect your thoughts and declutter your mind. A decluttered mind can focus on a task much more easily than a mind that is filled with clutter –anger about the past, anxiety about the future, and so on. Journaling is an effective way to clear out your head and feel more centered, and making time to journal will make you more productive.

In addition, keeping a journal can increase your productivity by helping you to identify what works and what doesn’t. Ram Shriram–the angel investor and founding Google board member—argues that the best way to improve personal performance is to track it in a daily diary. The journal, or diary, becomes a manual which will help you to learn from the past so that you can do better in the future.

9. Take a Nap. What would happen if your supervisor caught you napping? They would probably let you know, in no uncertain terms, that you’re not being paid to sleep. However, research now shows that taking a nap makes you more productive.

However, there are some guidelines that should be followed for effective napping. Here they are:

10. Leave It Unfinished. When people work on an important task, they have a tendency to continue working on it until they find a logical point at which to stop. However, Adam Grant, an organizational psychology professor at the Wharton School, recommends that you leave complex tasks unfinished.

Grant explains that if you start working on a complex task and then just stop and move on to something else, the back of your mind will continue to work on the task. Then, when you get back to it later on, you’re much more likely to be able to come up with a solution.

11. Use Every Minute. You may think that you need to have a large chunk of time available in order to work on an important task. However, you’ll be more productive if you use the small odds and ends of time that you find here and there throughout the day in order to get things done.

If you find yourself with a few extra minutes—for instance, you’re early to an appointment, you’re waiting for a meeting to start but your boss is running late, and so on—, you may be tempted to tell yourself that there’s not much you can get done in those few extra minutes, and slack off.

However, unless you’re taking a break in order to recharge your batteries, you should make every minute count. There’s a difference between taking a break, and being unproductive. When you have a few extra minutes that you weren’t counting on, challenge yourself to see how many words of your novel you can write during that time, or do as much as you can to move an important task along.

12. Do Nothing. One of the enemies of productivity is our tendency to simulate productivity by working on small, mindless tasks. As I already explained in a previous post, one way to avoid this productivity trap is by doing the following:

This approach is very likely to ensure that you’ll get to work on the important task.

Researchers concluded that by choosing to work on a task over doing nothing, you’re giving the task value. Also, you’re reinforcing that it must be a good task for you to take on — so you put more work into it. Therefore, be more productive by considering doing nothing.

Being more productive will help you to live a better life. Apply the twelve counter-intuitive ways to be more productive explained above, and increase your productivity right away.