Increase Your Willpower and Self-Control with Reward Substitution 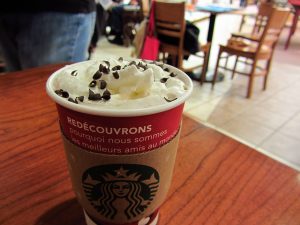 The amount of willpower or self-control that you have is one of the best predictors of how successful you’ll be.

Fortunately, if you’re currently lacking in willpower and self-control, there are strategies that you can apply in order to help you solve this problem. One of these strategies is reward substitution, which is explained below.

Dan Ariely is a professor of psychology and behavioral economics at Duke University. Ariely explains in a TED Talk which he gave at Duke that the problem of self-control is the following:

We have all of these desires for ourselves in the long-term—we want to be fit, financially secure, successful, and so on—but in the short-term we fail to take the action that will lead us to those results.

When he was in high school, Ariely had a serious accident which landed him in the hospital. While he was in the hospital, he got Hepatitis C–and liver disease as a consequence–from a bad blood transfusion. About seven years after he left the hospital, his liver started giving him problems, so he sought medical advice.

Ariely’s doctor told him that the FDA was running a clinical trial to see if a drug called interferon could help cure Hepatitis C. He advised Ariely that if he didn’t join the trial there was a good chance that he would die from liver cirrhosis in the future.

The treatment that Ariely’s doctors wanted him to take consisted of the following: he had to inject himself three times a week for a year-and-a-half. If he did this, there was a chance that he might not get liver cirrhosis thirty years down the road. However, each time he injected himself he would get headaches and feel nauseous for the next sixteen hours.

In other words, the scenario was the following:

Ariely explains that when making the decision between doing something now which is unpleasant, but which will have positive effects in the long-term future, or avoiding the discomfort in the present, we often over-focus on the present and sacrifice the future.

So, how was Ariely able to inject himself three times a week, for a year-and-a-half, even though he felt sick for hours every time he injected himself? He stopped focusing on the long-term reward of not getting liver cirrhosis. That reward was too far off is the future to make him willing to put up with discomfort in the present.

Instead, in the mornings on the days in which Ariely had to inject himself, he would go to the video store and check out a few movies. Watching movies is something that he loves to do. So he would walk around all day with the movies in his backpack looking forward to watching them. Then, when he got home in the evening he would inject himself and pop in a movie.

Ariely created a reward substitution. The reward of not getting liver cirrhosis was too far away in the future to motivate him to act in the present moment. People are just not designed to care very much about delayed rewards. Therefore, what he did instead was to focus on the immediate reward of watching movies.

How to Implement Reward Substitution in Your Own Life

A blog post I wrote a short while ago got over 25,000 views in one day. It was a post on how to slow down aging and live longer. Obviously, living longer lives with fewer years of disability is something that we all want.

One of the most important things you can do in order to live a longer, healthier life is to do some sort of cardio exercise for 30 minutes, five days a week. However, for most of us, exercising involves at least some degree of discomfort and unpleasantness. While you’re exercising you’re tired, you’re sweaty, and you have to exert yourself for the amount of time you’re exercising.

When you get home from work each day you have the following options:

The reward of longevity is just too far off in the future to prevent you from lying down on the couch and taking it easy. Therefore, you need to find a reward substitute. You can try the following:

Find a compelling reward that you can give yourself in the present to focus on, in order to get yourself to take the action that will get you a much larger reward further down the road. Ask yourself:

Think of a large object that’s right next to you. Then it starts to move away. As it moves away, it looks smaller and smaller. Soon, all you can see is a tiny speck. Large rewards that are far off in the future look like tiny specks in the present. And it’s very hard to get motivated by those tiny specks.

Instead, choose to focus on rewards which—although much smaller than the ultimate reward that you’re striving for—look much bigger in the present because you can have them right now. Live your best life by increasing your willpower and self-control with reward substitution.