Srikumar Rao On Happiness – Four Exercises That Will Make You Happier 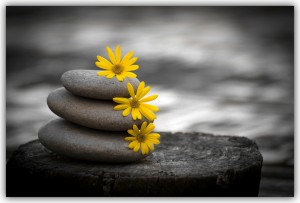 Srikumar S. Rao, Ph.D., is the author of “Are You Ready to Succeed?”

and “Happiness at Work”

. He teaches his ideas about how people can experience more fulfilling lives, both personally and professionally, in an MBA-level class called “Creativity and Personal Mastery”, which has been taught at the Columbia Business School, the London Business School, the Kellogg School of Management at Northwestern University, and the Haas School of Business at the University of California at Berkeley, among others.

Dr. Rao got his MBA from a top school in India, and his Ph.D. in marketing from Columbia University. Having read a lot of spiritual and mystical biographies, he decided to find a way to make those teachings applicable to work and to the corporate world. For those who are skeptical of his teachings, he simply asks them to complete the exercises and apply the concepts for a period of time, and then to evaluate whether their lives have improved.

Below you’ll find four happiness exercises taught by Dr. Rao to his MBA students.  The resources used to write this post include excerpts from Dr. Rao’s two books, interviews conducted with Dr. Rao which I found online, a video from the TED.com site, and a Leading@Google talk given by Dr. Rao.

Happiness, explains Dr. Rao, is an underlying sense of well-being. He adds that it’s feeling, “I’m OK, I will always be OK, there is nothing that needs to happen for me to be OK, and there is nothing that can happen that will stop me from being OK”. In addition, he explains that this is our natural state of being, but we obscure it by thinking that something external has to happen in order for us to be happy.

He recommends that people try the following exercise in order to delve deeper into the question, “What do I need to be happy?”. Take out a piece of a paper and ask yourself what you need in order to be happy. Really think about it. Then, begin writing. You might find that you write down things such as those included in the list below.

I’ll be happy when:

Once you’ve completed your list, look at it. Then get a red marker. As you read each item you’ve written down, draw a line across it with the red marker. Do this with all of the items you wrote down.  Recognize that you don’t need any of those things in order to be happy.

Dr. Rao explains that there is nothing you have to get in order to be happy. He adds that anything that you can get, you can “un-get”. That is, you can lose it. Are you going to make your happiness contingent on getting something you may or may not get, and which you might lose once you get it?  Happiness is something that’s innately within you. Happiness does not have to be acquired or achieved.

When asked whether people should set goals, Dr. Rao responds that goals are important, because they give direction to your life. The flaw in setting goals is making your happiness depend on achieving your goals: if I achieve this goal, then I’ll be happy. Dr. Rao adds that what matters is the process of working toward the achievement of your goals, not the outcome. He recommends that you adopt the following attitude:

In addition, Dr. Rao points out that there’s a paradox in that it’s more likely that you’ll get what you want once you stop insisting that things happen in a certain way.

“Be generous using the good label, and be extremely stingy using the bad label.” Dr. Rao

Dr. Rao explains that we have a tendency to label everything that happens to us as either “good” or “bad”.  In addition, we use the “bad” label anywhere from 3 to 10 times more often than the “good” label. He recommends that we stop using the “bad” label. If something extreme happens which you can’t get yourself to label as “good”, then, at the very least, stop yourself from labeling it as “bad”.

The “Bad” Label Limits Your Ability to Notice Opportunities

Once you refuse to label something as “bad”, it opens you up to noticing possibilities that you wouldn’t have considered otherwise. Dr. Rao gives losing your job as an example:

If you think about losing your job as an opportunity to find something better that brings you greater joy and fulfillment–instead of looking at it as a bad thing–you’re better off. This is because your mind looks for evidence to support any belief that you’re currently holding. That is, if you think of losing your job as an opportunity, your mind will get to work on looking for evidence that this is true.

Think back: can you recall something that happened to you in the past which you labeled as “bad” when it happened, but which later turned out to be a blessing in disguise?  Maybe you had your heard broken by someone, only to meet someone who was much more compatible for you a few months later.  Recognize that when something happens to you, you don’t really know right away whether it’s good or bad.

The act of labeling something as “bad” makes you experience negative emotions. When we tell ourselves that something is bad, the odds grow overwhelmingly that we will experience it as such. As an example, Dr. Rao tells the story of one of his students who had his cell phone stolen in the subway. The student saw a girl take his cell phone and run off with it, but there were lots of people in between them and he wasn’t able to catch her.

Initially, the student started telling himself that this was a very bad situation to be in, and he felt upset and angry. Then he decided to stop labeling the situation as being “bad”.  Once he stopped doing this he thought of how lucky he was that his financial circumstances were such that he could easily afford to replace his cell phone, and this made him feel immense gratitude.

Labeling Something as “Bad” is a Waste of Time

Here’s a quote from Dr. Rao:

“Many who rise so triumphantly never label what they go through as bad and lament over it. They simply take it as a given as if they were a civil engineer surveying the landscape through which a road is to be built. In this view, a swamp is not a bad thing. It is merely something that has to be addressed in the construction plan.”

Instead of stopping to lament dead ends, setbacks, and obstacles, accept that that’s the way it is, and start looking for alternate routes.  Think of a mouse running through a maze looking for cheese. If the mouse finds the path blocked by a wall, he simply turns around and looks for a different route.  The mouse doesn’t sit down to lament his misfortune at having run across a wall.  Dr. Rao advocates something which he calls extreme resiliency: every time you fall, bounce back up immediately and keep going.

Run a Diagnosis of Your Mental Chatter

Dr. Rao explains that your mental chatter, or internal monologue, is your constant companion. It’s with you from the moment you open your eyes in the morning, to the instant in which you drift off to sleep at night, constant and relentless. For many people, this mental chatter includes a lot of negative judgments, about themselves and about others.

The tool which Dr. Rao recommends that you use in order to perform a diagnosis of your mental chatter–to determine whether it’s mostly positive or negative, and how it’s affecting how you feel and how you act–is to carry a notebook around for two weeks. Do the following:

This process of paying attention to your inner monologue will gradually make you more and more aware of it.  You’ll notice that this awareness leaves you less vulnerable to its sudden twists and turns. When your inner dialogue starts to turn negative, you’ll no longer be led haplessly down its destructive path. (Source).

For the alternate reality exercise, Dr. Rao has his students describe in detail a situation which is concerning them.  This can be something at work or something in their personal lives.  What the students don’t realize is that what they’re describing is not reality, it’s “a reality”.  That is, it’s the reality they’ve constructed.

With the help of other students in the class, Dr. Rao then has them construct a different reality: one that is better for them and which they can get themselves to believe at some level. Then he has his students go out and live as if this alternate reality that they’ve come up with is their reality.

Then he adds: “If your life isn’t like that, I’d like to humbly suggest that you’re wasting your life.”  The tools and happiness exercises that he offers are meant to help you get started on your journey to achieving the vision that he holds for you, and which you should hold for yourself.

1. 37 Tidbits of Higher Consciousness
2. 65 Happiness Quotes
3. Harvard’s Most Popular Course: Tal Ben-Shahar on How to Be Happier

Next post: How Gratitude Can Change Your Life – The Power of “Thank You”