Zen Capitalism: Creating A Life While Making A Living 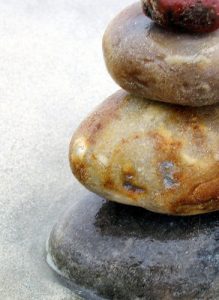 A while back I came across a few videos by a fascinating man named Randy Komisar. He holds a BA in Economics from Brown University and a JD from Harvard Law School, and for several years he has partnered with entrepreneurs creating businesses with leading-edge technologies.  He also has a shaved head, wears cowboy boots, rides a motorcycle, and meditates daily.

Randy is part of a new breed that have been labeled “Virtual CEOs.” He has worked at Apple Computer, LucasArts Entertainment, Crystal Dynamics, Claris Corporation and GO Corporation. In addition, he has helped to build WebTV, TiVo, Mondo Media and many other emerging companies.

He’s a Consulting Professor of Entrepreneurship at Stanford University and author of the best-selling book “The Monk and the Riddle: The Art of Creating a Life While Making a Living”

in which he shows readers how deals are made and businesses get started in Silicon Valley. Some have called his business philosophy “Zen Capitalism”.

Below you’ll find several elements of Randy’s ” philosophy”.  You may or may not agree with everything he has to say, but he offers a lot of interesting ideas to think about.

The Art of Creating a Life While Making a Living

Randy’s book, “The Monk and the Riddle”, starts off with the following anecdote:

Randy was motorcycling across Burma, now Myanmar, and he gives a monk a ride on his motorcycle. After a long afternoon of riding they arrive at the spot where the monk had indicated he wanted to go. A few minutes later, the monk asks Randy to take him back to the same place where Randy picked him up. Randy was deeply perplexed for a moment, but then it sinks in: the monk really didn’t have a destination in mind; he just really liked riding on motorcycles. In other words, the journey is the reward.

Three additional lessons found in the book are the following:

How Does Someone Choose Their Passion?

He explains that the first question will paralyze you because now you have to optimize amongst ten things that seem like they might be your passion. While it’s not difficult to choose between a right and a wrong answer, it’s very difficult to choose among lots of right answers.

The second question needs to be simplified to north, south, east, or west. That is, think of a general direction you’re going to face instead of a specific point in the horizon you’re going to aim for. Ask yourself the following questions:

Randy adds that his career only makes sense if you look at it in the rear-view mirror.  He had no idea what he wanted to do; he would pursue opportunities until it became clear to  him that those opportunities weren’t going to give him the fulfillment or satisfaction that he wanted. He would then try to find, pursue, or create new opportunities for himself that would lead to a fulfilling life.  Today he loves his life as a Virtual CEO.

Failure is An Unavoidable Part of the Search for Success

Randy explains that what distinguishes Silicon Valley is not its successes, but how it deals with failure.  (Source). They strike out more than they hit home-runs: that’s by definition the case.  Innovation is about taking the risk to do things that have never been done before; they act within an industry of experimentation.  It’s a laboratory.

So the question then becomes: how do we deal with failure?  You have to create a culture of constructive failure: the ability to tolerate failure, proceed with your career, do it again, and take your experience and cash in on it as an asset.

Part of being an entrepreneur is being able to take risks and fail.  Komisar indicates that he’s had plenty of failures.  Go Corporation, for example, was a huge financial failure. It was a pioneer in pen-based computing which was founded in 1987 and closed about seven years later after burning through $75 million of venture funding.

That is, even if a venture fails you gain experience, and it’s then a matter of asking how to redeploy that experience around a different opportunity.  What you normally see is the following:

What generally can’t be taught is the spirit of entrepreneurship.  If someone doesn’t have the curiosity, the moxie, and the motivation to innovate and to stand up to the skeptics, then there’s no way to fashion these people into a successful entrepreneur.

On the other hand, a lot of people do have that basic personality or character, but it has not been reinforced.  Those people can be broadened and exposed to entrepreneurship in ways that can lead to very successful entrepreneurs. (Source).

He also adds that bright, hard-working entrepreneurs fail all the time for reasons that are not within their control.  A lot of success is due to market forces and situations that create the opportunity for success.  It’s not about blind luck; it’s about the notion of the prepared mind meeting chance.

To be a great entrepreneur you have to work hard and be smart,  but you also have to be able to take advantage of opportunities as they are created not necessarily by you, but by others or by the market around you.  (Source).

In order to create a life while making a living–which can be referred to as Zen Capitalism–think in terms of “a portfolio of passions” instead of your one true passion, get involved with projects because of the romance of doing something you consider to be worthwhile, and learn to be mindful about failure.  Eventually, the money will follow.

1. An Incredibly Simple Way to Find Your Career Passion
2. Finding the Work You Love: The Intersection of Passion, Talent, and Opportunity
3. The Ten Habits Of Zen to Done
4. The Art of Mindful Living