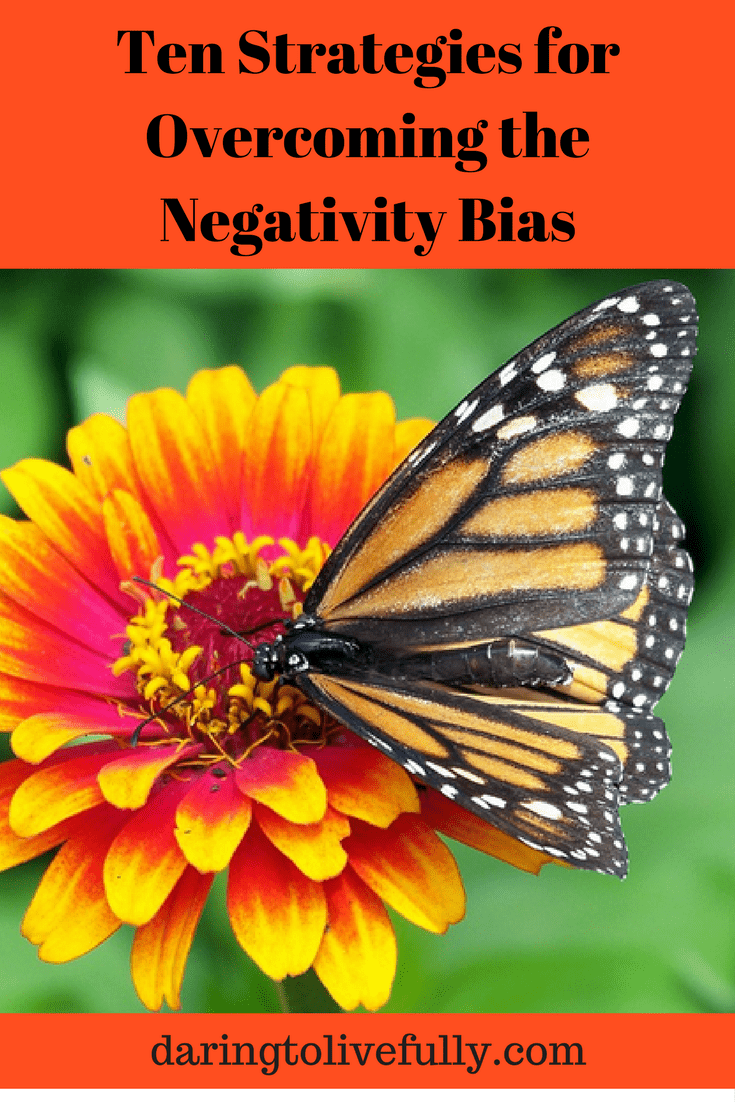 Much of our negative thinking can be traced back to the negativity bias.

Negativity bias is the name given by psychologists to the human tendency to be much more likely to be influenced by and to recall negative experiences, instead of neutral or positive experiences. It was first documented by psychologists Roy F. Baumister, Ellen Bratslavsky, Kathleen Vohs, and Catrin Finkenauer in an article titled “Bad is Stronger than Good”.

There are many ways in which the negativity bias manifests itself. Here are some examples:

Human beings developed a negativity bias—that is, they evolved to notice and respond more forcibly to the negative—since that helped our ancestors to stay alive. Thousands and thousands of years ago it was more important to escape negative situations than it was to approach opportunity. Think of the following:

After all, being killed by a tiger is final, while missing out on the opportunity to eat berries isn’t. By assuming the worst from the rustling in the bush and running away, your ancestor made sure to survive so that he could pass on his genes. He could eat berries another day.

In our modern world, having a negativity bias is no longer necessary for our survival. However, our brains are still wired to constantly be on the lookout for tigers; that is, they’re wired for negativity.

One. Simply recognizing that a problem exists is a good step toward solving it. Knowing that you have a negativity bias will help you to recognize when you’re dwelling on the negative aspects of a situation due to this bias. If that’s the case, just tell yourself:

“There’s no tiger hiding behind the bush. I don’t need to think about this in order to stay safe.”

Two. Rick Hanson, Ph.D., is a neuropsychologist and author of “Buddha’s Brain: The Practical Neuroscience of Happiness, Love, and Wisdom”. He argues that our brains are like Velcro for negative experiences, and like Teflon for positive ones.

Three. Keep a ratio of 5 to 1 in your dealings with others. Because of the negativity bias, other people will be more affected by the negative things you say or do to them than the positive ones. If you scold your child, criticize an employee, or argue with your spouse, you need to say or do five positive things to maintain a healthy relationship with them.

Four. Scatter simple pleasures throughout your day. Although most people tend to hold out for the big events—such as a vacation, a birthday bash, or a large purchase—large infrequent events will not be able to balance out your brain’s tilt toward negativity.

A better strategy is to schedule lots of simple pleasures throughout your day. For example, have a cup of flavored coffee out in the balcony each morning; take fifteen minutes a day to read a trashy novel you find entertaining; buy fresh flowers for your desk; and spend some time in a green area each day.

These small doses of positivity throughout the day will help your brain counteract its natural negativity.

Five. Gretchen Rubin—owner of “The Happiness Project”–recommends that you create an “area of refuge” in your brain. That is, have a list of positive things ready—such as good memories, inspiring quotes, or lines from poems—that you can think of whenever you find your mind wandering to a negative memory.

This is something that I do. I’ve memorized several poems that I love, and whenever I catch myself thinking about something negative from the past, I start to recite one of the poems in my head. This immediately takes my focus off the negative, and results in an instantaneous mood boost.

Six. Whenever something negative happens to you—for example, someone says something mean to you—visualize a drop of black ink falling into a large container of clear water. Although at first the ink is very black, it quickly mixes with the rest of the water until it’s gone, and all you can see is the clear water again.

Eight. Keep a “kudos file”. Every time that you get an email from someone thanking you for something that you did, or from your boss praising you for a job well done, print it out and place it in your kudos file. Keep anything that testifies how talented and wonderful you are in your file.

Then, when negative thoughts are keeping you down, take out your trusty kudos file so that you can be reminded of all the good that you do.

Nine. Rick Hanson—who has already been mentioned in this post—recommends that you link the negative and the positive. You do this by holding both a positive and a negative emotion in your awareness, while keeping the positive emotion more prominent.

For example, feel joy as you participate in an activity which is fun for you, while feeling some apprehension in the background over a presentation you have to give at work. Holding both a positive and a negative emotion at once will help remind you that the two are not mutually exclusive.

Ten. Tony Schwartz, chief executive officer of The Energy Project, recommends overcoming the negativity bias by practicing realistic optimism. This means telling yourself the most hopeful and empowering story possible about any given circumstance without denying or minimizing the facts.

The negativity bias is the penchant that we all have for detecting and dwelling on the negative. It’s a remnant from our caveman days when danger lurked behind every corner. Live your best life by overcoming the negativity bias and rewiring your brain to focus more on the good instead of the bad.