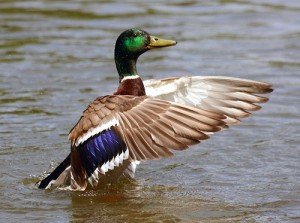 “The modalities of awakened doing are acceptance, enjoyment, and enthusiasm. Each one represents a certain vibrational frequency of consciousness. You need to be vigilant to make sure that one of them operates whenever you are engaged in doing anything at all – from the most simple task to the most complex.”~ Eckhart Tolle

Tolle is the author of the highly acclaimed #1 New York Times bestseller “The Power of Now”, in which he explains that by honoring the present moment all unhappiness and struggle dissolve, and life begins to flow with joy and ease. The following three happiness tips were taken from his follow-up book, “A New Earth”.

Beware of Your Background Unhappiness

In “A New Earth” Tolle talks about the background unhappiness that most people experience almost constantly. It’s a general feeling of discontentment, resentment, and irritation that’s present in the background as they go through their everyday lives.

This feeling is fed by unconscious thoughts that go along the following lines:

Most people are constantly telling themselves stories of how they’ll be at peace at some point in the future once a certain event happens, or when they reach some goal they’ve set for themselves, or if they become this or that.

Sometimes the story is about how they’ll never achieve peace of mind or happiness because of something that happened in the past. Eckhart Tolle adds that people’s stories could all be entitled: “Why I Cannot Be at Peace Now”.

He goes on to say that in order to be happy we have to make peace with the present moment. Eckhart Tolle shares his observation that after two ducks get into a fight they do the following:

However, if the duck had a human mind, it would probably tell itself a story such as the following:

“I can’t believe he just did that. Who does he think he is? The nerve . . . he has absolutely no consideration of others. He thinks he owns this pond. I’m sure he’s already plotting some new way to annoy me. He’s not getting away with it; I’ll show him.”

The lesson we can learn from the ducks is this: flap your wings. That is, shake off the surplus energy you feel after a negative encounter, let go of the stories you’re telling yourself, and return to the only place of power: the present moment.

In addition, we need to become attentive to our thoughts and emotions. Ask yourself constantly: “Is there any negativity in me at this present moment?” Then watch out for thoughts that attempt to explain or justify this unhappiness but in reality cause it.

Once you become aware of a negative state within yourself you realize that you’re not those thoughts, emotions, or reactions. Instead, you’re the conscious presence that is witnessing those states. And at that moment—in which you create a disconnection between your thoughts and yourself–you can choose to simply change the thoughts and beliefs that are causing the background unhappiness in your life.

Eckhart Tolle also advises that we choose peace over drama. He explains that although we all want peace—that is, we all want to be happy–there is something within each of us that also wants drama and conflict. Think of the following:

In all of the scenarios above your mind races to defend its position, attack, or blame someone else. Tolle adds the following:

Of course, that something that would rather be right than at peace is your ego, and–once again–the way to lessen your ego’s grip over your thought process is to become aware of it. For Tolle the ego is the part of us that identifies with the voice in our head that “comments, speculates, judges, compares, complains, likes, dislikes, and so on.”

The voice may be reliving the past or rehearsing imagined future situations. It regards the past and the future as very important–what happened in the past tells it who it is, and in the future it will achieve some goal it’s pursuing. However, it gives little worth to the present.

By listening to the voice without judging it in any way you’ll realize that “there is the voice” and “here I am listening to it“. It is then that you can override what the voice is saying and instead say to yourself: “I choose to be happy rather than insisting at any cost that I be right”.

Turn Your Work Into a Spiritual Practice by Releasing Your Ego

The subject of the “the flow state” and its relationship to happiness is one that I’ve touched on before in this blog. In “A New Earth”, Eckhart Tolle makes reference to how releasing the ego while we work allows us to be fully present and become one with the task we are performing.

He explains that those who are exceptionally good at what they do are often completely or largely free of ego while performing their work. They’ve taken their attention off of themselves:

Instead, they’ve placed their attention fully on the task that they’re performing. They may not know it, but their work has become a spiritual practice: when they work they become one with what they’re doing.

When you achieve this state of flow you’re no longer worrying if your book will be accepted by your publisher or that someone else might get the credit for your ideas. In addition, you’re no longer reliving some uncomfortable situation that happened to you that morning or last week. You’re simply present with what you’re doing and firmly rooted in the moment.

That is, you’ve quieted your ego and are completely at peace.

Follow Eckhart Tolle’s advice in a “A New Earth” in order to be happy and live your best life.

1. Harvard’s Most Popular Course: Tal Ben-Shahar On How to Be Happier
2. Srikumar Rao On Happiness – Four Exercises That Will Make You Happier
3. 65 Happiness Quotes
4. 75 Simple Pleasures – Enjoy the Little Things
5. Happiness Tips From the Dalai Lama