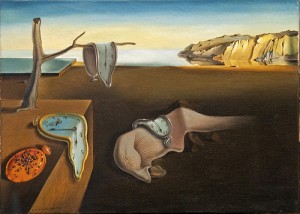 You can either wait for ideas to come to you, or you can get out there and actively seek them out. The second option will almost certainly prove to be more fruitful than the first. After all, the most creative people are very productive.  They come up with lots and lots of ideas, most of which aren’t very good. But it’s precisely by coming up with a large quantity of ideas that, every so often, they find a great idea.

In order to help you with your idea-finding quest, below you’ll find three unconventional ways to find ideas.

Have you seen the movie “Liar Liar”, starring Jim Carrey? Carrey plays a divorced lawyer who puts his career above all else. He’s constantly breaking promises to his young son, Max, and then covering up by lying to him and to his ex-wife. On his birthday, Max is blowing out his birthday candles, and he wishes that his father would go for an entire day without being able to tell a lie. His wish comes true.

How about the movie, “A Beautiful Mind”? This film is based on the life of John Forbes Nash, Jr.–a schizophrenic prodigy who won a Nobel Laureate in Economics. Both “Liar Liar” and “A Beautiful Mind” were produced by Imagine Entertainment, which was founded over twenty years ago by Brian Grazer and director Ron Howard.

Imagine Entertainment also produced the films “Eight Mile” and “The Da Vinci Code”, among several others. Grazer is largely responsible for the diversity that exists among these films.

So, how does Grazer get inspiration for his films? For the past twenty years he has set up a meeting each week with experts in many diverse fields, including the law, science, medicine, politics, fashion, religion, and so on. Part of the duties of a couple of his staff members is to find interesting people for him to meet with.

These meetings have been responsible for some of Grazer’s best ideas:

Take a cue from Grazer: if you want to have more great ideas, get out there and start meeting interesting people, preferably in a line of work that is very different from your own. Be your own cultural attaché: purposefully meet people from all walks of life and engage them in conversation.  You might meet the next protagonist for your novel, find an interesting plot twist for your play, or discover an unexpected solution to a problem you’ve been grappling with.   (Source).

Take Advantage of the Hypnologic State Between Wakefulness and Sleep

For the second unconventional way to find ideas, you’re going to need the following:

Are you wondering what you’re going to do with these props?  The same thing Dalí used to do.

Salvador Dalí–the great Spanish surrealist painter–knew that the hypnologic state between wakefulness and sleep is extremely creative.  Therefore, he devised a method so that he could take advantage of this highly creative state.  Here’s what he’d do:

“Sitting in the warm sun after a full lunch and feeling somewhat somnolent, Dalí would place a metal mixing bowl in his lap and hold a large spoon loosely in his hands which he folded over his chest. As he fell asleep and relaxed, the spoon would fall from his grasp into the bowl and wake him up. He would reset the arrangement continuously and thus float along-not quite asleep and not quite awake—while his imagination would churn out the images that we find so fascinating, evocative, and inexplicable when they appear in his work…” (Source.)

In order to use the hypnologic state to come up with creative ideas, think of a problem that you’re trying to solve or set an intention, such as coming up with a product you could sell or an idea for a book you could write. Then, relax as much as you can and create a method similar to the one Dalí used so that you’ll wake up just as you begin to enter the sleep stage. Quickly write down any images or ideas that come to mind.

Let the Internet Be Your Coffee House

There’s a book by Steven Johnson titled, Where Good Ideas Come From: The Natural History of Innovation

.  Johnson has a great video up on YouTube in which he argues that most ground-breaking ideas start out as “slow hunches”.

In order for a hunch to turn into a great idea, it has to collide with other hunches.  These “other hunches” can be yours–by mulling over your idea you come up with new hunches–, or they can be other people’s hunches.

Johnson argues that many of the great ideas of the past came about as a result of the best minds of the time meeting at coffee houses to discuss and debate their ideas. This allowed for the collision of hunches which led to breakthrough ideas. For example:

These coffee houses and salons created a space in which ideas could mingle and be swapped, be borrowed and combined, and come together to create new forms.

Johnson goes on to say that today, with the internet, there’s an even greater opportunity to stumble upon that piece of information that you need in order to be able to solve your problem, or that idea in a blog post which pushes your idea further along.  In addition, it’s even easier to connect with others–via social networks such as Twitter and Facebook–, so that their hunches can collide with yours and result in that ultimate idea or innovation.

Stop waiting for ideas to come to you. There are many methods and techniques you can use to generate ideas. Be more creative by going out of your way to have conversations with people from many different fields, by taking advantage of the creative state between wakefulness and sleep, and by using the Internet as your coffee house.