The Night Before Christmas and Stealing Like An Artist 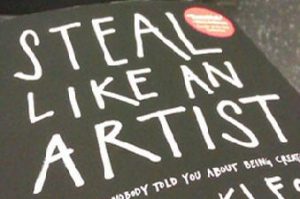 Something that I’ve emphasized on this blog over and over again is that creativity is about combining existing elements, building on what others have done, and applying concepts from seemingly unrelated fields to your problem in order to come up with a solution.  In other words, creativity is about stealing like an artist (which is a phrase that I stole from Austin Kleon).

Recently I came across an example of stealing like an artist, and I wanted to share it with you. It involves the poem “The Night Before Christmas” by Clement Clarke Moore. You’ll find an explanation below.

The Night Before Christmas

Most of you are probably familiar with the poem “The Night Before Christmas”. It’s a poem which was first published in the early 19th century which is largely responsible for the conception of Santa Claus which we have today. The first verse of the poem goes as follows:

Twas the night before Christmas, when all thro’ the house
Not a creature was stirring, not even a mouse;
The stockings were hung by the chimney with care,
In hopes that St. Nicholas soon would be there;
The children were nestled all snug in their beds,
While visions of sugar plums danc’d in their heads,

Several illustrators have taken this poem and have published it as an illustrated book for children. I had one of these books as a kid. The pages within were similar to the one below (from “The Night Before Christmas” illustrated by Charles Santore):

Here’s where we come to the “stealing like an artist” part. I recently came across a set of children’s books by Natasha Wing. Wing–a writer and illustrator–took Moore’s poem and adapted it to several different holidays:

Then, she simply followed the old formula of illustrating the poem and publishing it. As an example, “The Night Before Thanksgiving” begins as follows: 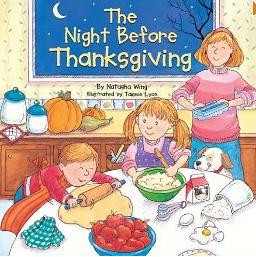 ‘Twas the night before Thanksgiving
and all through the nation,
families got ready for the big celebration.
At our house my mom baked
three kinds of pie:
pecan and pumpkin,
and apple surprise.

As you can see from the verse above, all she did was spin Moore’s poem so that it would fit the Thanksgiving holiday (and, of course, she created the illustrations).

“The Night Before Halloween” begins as follows:

‘Twas the night before Halloween,
and all through the house,
all the creatures were stirring,
except for the mouse.
The monsters had gathered
to plan and prepare,
for the trick-or-treaters
who soon would be there.

In fact, Wing didn’t just stop at the four books I’ve already mentioned–Thanksgiving, Halloween, New Year’s, and Easter. She followed the same “recipe” for several other holidays and special occasions:

If you take a look at Wing’s books on Amazon, they’ve gotten some great reviews. Both parents and kids love her books. Instead of starting off with a blank slate, she started off with one of the most beloved poems of all time. Then, she just proceeded to modify the poem to fit different holidays or special occasions.

There are few things more difficult than trying to start a creative project from scratch. Instead of starting off with the dreaded blank canvas, surround yourself with the ideas of others and start from there. Go ahead: be more creative by stealing like an artist.

Previous post: A Plethora of Writing Prompts for Creative Writing and Journaling