A Plethora of Writing Prompts for Creative Writing and Journaling 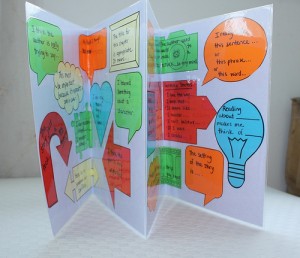 You already know that the best way to improve your writing is by reading, and by writing. But what should you write about? That’s where writing prompts come in.

Having a list of prompts that you can pull from every day in order to help you practice your craft, even if it’s just for ten minutes a day, can be very helpful. In addition, sometimes creative writing prompts can help spark an idea when you’re stuck on a short story or some other fiction piece that you’re working on.

Here, then, is a plethora of writing prompts to help you make the most of your writing time.

1. Every Monday Creative Writing Ink publishes a photo or an illustration and you’re invited to write a short story or poem using the image featured in the post as your inspiration.

2. If you think that you don’t have the time to journal daily, the site The-One-Minute Writer would tell you that all you need is a minute a day. They offer a daily writing prompt to help you do just that. Here are a few examples from the site:

3. “The Mysteries of Harris Burdick” is a book that contains fourteen haunting illustrations, each with a title and a caption. Each caption is a seed for a story, which makes the book a great prompt for writing.

One of the illustrations is titled “Uninvited Guests”. When you glance at this illustration it looks like a typical storage area, with someone’s foot visible on the third step. However, if you look carefully you’ll notice a tiny door—maybe 18 inches high–cut into the wall; it has a rounded top and a miniscule doorknob. This is the caption: “His heart was pounding. He was sure he had seen the doorknob turn”.

4. The Story Starter is an idea generator which randomly generates 1,660,497,300 story starters. It can be used for short stories, novels, plays, scripts, or just for fun. The story starters are pretty goofy (“The hard-working bagel baker destroyed the evidence in the bus terminal to visit a nephew”) but they’re a good starting point. For example, you could turn the prompt generated by The Story Starter into something like the following:

He had lived a quiet life as a baker for years, but his past had come back to haunt him. In light of the previous evening’s events he had a decision to make. He could either destroy the evidence hidden in Locker 756 at the bus terminal, or he could come clean to his nephew and finally tell him the truth.

6. In case you haven’t heard of the term “dystopia”, it’s a society being ruled by a repressive and controlling government (think of the opposite of a utopia). Dystopian novels are those in which an apocalypse of some sort has taken place–such as a devastating world war, or an epidemic that has wiped out a large portion of the world’s population–and, in an effort to rebuild, a police state has been set up which greatly limits the freedom of its citizens.

Examples of dystopian novels include the following:

If you would like to try your hand at a dystopian novel, here’s an apocalypses generator to help give you some ideas, including the following:

7. Here’s another story generator: Quick Story Idea Generator. And here’s an idea generated by this tool:

Some theme ideas include the following:

Some story twist ideas include the following:

9. Writer’s Digest has a great list of writing prompts here. Ideas from the site include the following:

11. The blog “Try Creative Writing: The Sky’s the Limit” is full of writing prompts. Here are some examples:

In addition, Melissa has written a book containing “101 Creative Writing Exercises.” Here’s one of the exercises from her book:

13. Anjie is an English teacher who decided to start a blog in order to share creative writing prompts. Here are some of the prompts you’ll find on her blog, Creative Writing Prompts for Writers:

14. Here’s a Tumblr filled with writing prompts. Three of the best ones are the following:

16. The blog “Creativity Portal” has a goldmine of prompts here. These include Autumn Writing Prompts, such as the following:

For example, when I clicked on it I got the following:

19. My eBook, “Create Your Life Story”, contains 444 memory prompts, covering several life areas, to help you get started recording your memories and writing your life story. Here are three of the prompts you’ll find inside:

“The best learning comes in the doing, and writing from prompts engenders doing.”
— Judy Reeves

I hope you enjoyed the creative writing prompts above. Of course, you can start creating your own prompts; inspiration is all around you:

Writing prompts are  a great creativity tool. In addition, you can find more inspiration for your writing here: “350 Tips For Writers, From Writers“.

Previous post: What A 16th Century Priest Can Teach You About Self-Improvement