How to Learn a New Language in Six Months 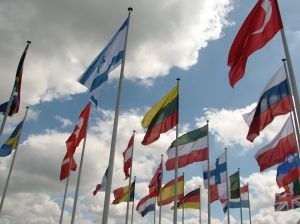 Most people have “learn a second language (or maybe a third or a fourth)” at the top of their bucket lists. However, how do you learn a new language quickly and effectively as an adult?

Chris Lonsdale is a psychologist from New Zealand who runs a company in Hong Kong. He’s been interested in accelerated learning his whole life. After spending many years assessing all of the research available on language learning, he was able to formulate five principles and seven actions that will allow any normal adult to learn a new language and speak it fluently in six months.

I discovered Lonsdale’s approach when I came across his TED Talk. Below you’ll discover Lonsdale’s five principles and seven action steps for learning a new language in just six month.

Lonsdale’s five principles of rapid language acquisition are the following:

1. Focus on language content that is relevant to you. Why do you want to learn to speak a second language? Look at the following:

That is, at first you don’t derive meaning from the language, but from the interaction. This is something called comprehensional input, and it’s been well documented.

4. Learning a language is not about acquiring knowledge. Instead, in many ways it’s about physiological training.

First of all, we have filters in our brains that filter in sounds that we’re familiar with, and that filter out sounds that we’re not familiar with. And if you can’t hear it, you can’t learn it. Therefore, you have to continually listen to the sounds of the language that you’re trying to learn in order to train your brain to let in the new sounds.

In addition, talking requires using your facial muscles. You have 43 muscles in your face. You have to coordinate those muscles in a way that makes sounds that others can understand

5. Your psychological state matters. If  you’re  sad,  angry,  worried,  or upset, you’re  not  going  to  learn the new language. If  you’re  happy,  relaxed,  and  curious,  you’re  going  to  learn  the new language quickly. In addition, you need to be tolerant of ambiguity. At first when people speak to you in the language that you’re trying to learn, you’ll understand very little. But that’s OK.

Based on the five principles that were explained above, there are seven actions that you need to take in order to learn a new language quickly and efficiently. The seven actions which Lonsdale recommends are the following:

2. Focus on getting the meaning first, even before you get the words. From body language you can understand a lot of communication. You’ll be acquiring the language through comprehensional input.

3. Start mixing. If you know ten verbs, ten nouns, and ten adjectives in the new language, you can say 1000 different things. Language is a creative process. Look for ways to get your meaning across by using the words that you know.

4. Focus on the core. With every language there’s high frequency content. As an illustration, in English, one thousand words cover 85% of anything you’re going to say in daily life. Three-thousand words give you 98% coverage. All the other words in the English language are the icing on the cake.

5. Get a language parent. When you start learning a language your progress will probably look like the following:

This is where you want to get a language parent. That is, someone who will treat you like a parent treats their child when the child is learning to speak. This language parent can recognize what you’re saying, even when others don’t understand. They create a safe environment for you, which makes you more confident in your ability to learn the new language.

The four rules for a language parent are the following:

6. Copy the face.  In order to learn to make the sounds that will allow you to speak the new language, you have to watch the face of people who speak that language. How does their face move when they’re speaking? Mimic their facial movements.

7. “Direct Connect” to mental images. Most people learning to speak another language will make a list of words that they want to learn in their mother tongue, and next to each word they’ll place the equivalent in the language that they’re trying to learn. Then they just go over the list repeatedly in the hopes of memorizing the words in the new language. This is very inefficient.

Everything that you know is an image inside your mind. For example, if you talk about fire you can smell the smoke, feel the heat, hear the crackling, and see the flames. What you want to do is to focus on the image that’s currently in your head for “fire” and create a new pathway that leads from this image to the word “fire” in the language that you’re trying to learn.

Previous post: A Powerful Tool For Your Happiness Arsenal: REBT