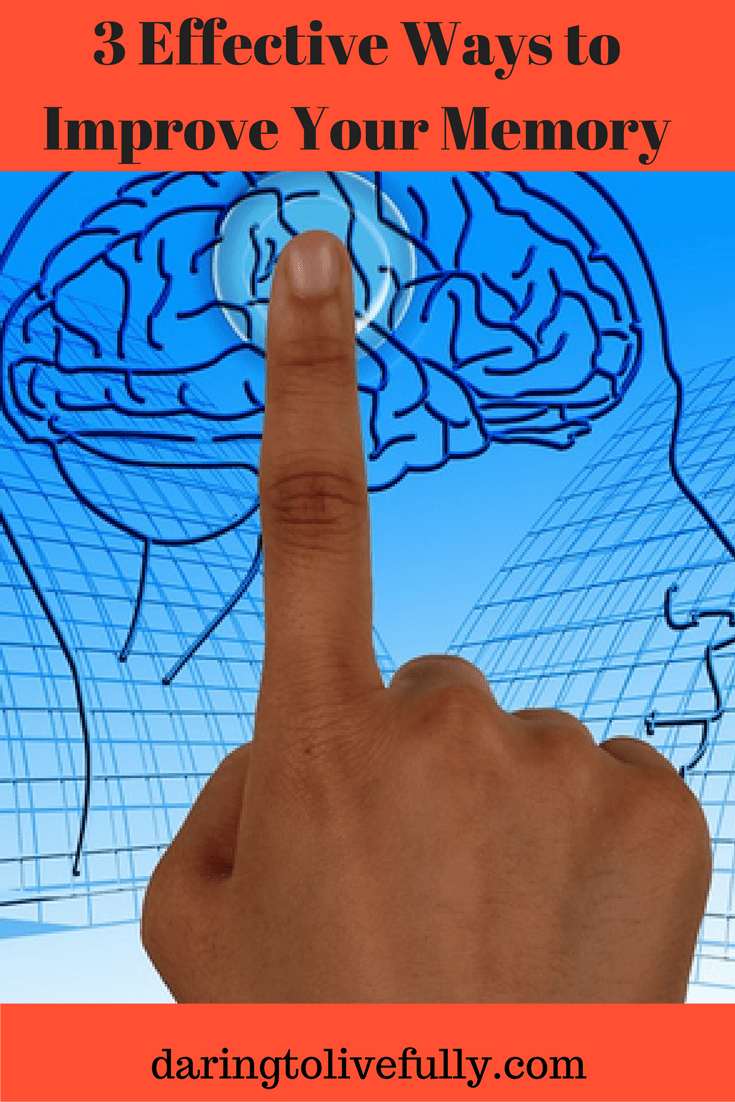 Improving your memory will help you in countless ways.

Look at the following three scenarios:

Wouldn’t your life be so much easier if you had a better memory?

The good news is that there are methods and techniques that you can apply in order to improve your memory. This is what Joshua Foer discovered when he was given the assignment to write about the US Memory Championship held each spring in New York City. Joshua—whose memory at the time was average–expected to walk into the championship hall and find it filled with savants and people with photographic memories.

Joshua spent the next year applying the techniques in order to improve his memory. Then, Joshua returned to the US Memory Championship. However, this time he wasn’t an observer, but a contestant. To his incredible surprise, Joshua won the competition.

The moral of Joshua’s story is the following: you can improve your memory by using memory techniques. As an aside, Joshua wrote about his experience in the book, “Moonwalking With Einstein: The Art and Science of Remembering Everything”.

In this post you’ll discover three of the most effective methods for improving your memory. These three methods are the following:

Discover how to apply each of these methods below.

The memory peg system is a technique for memorizing lists. It works by pre-memorizing a list of words that are easy to associate with the numbers that they represent. Those words are your memory pegs.  When you need to quickly memorize a list of arbitrary objects, each object is associated with the appropriate peg.

For example, choose a word that you associate with the number “1”. Suppose that you choose “gun” since it sounds similar to “1”. Now look at the list that you need to memorize. Peg the first item on the list to “gun”. As an illustration, let’s say that you’re trying to memorize a grocery list, and the first item on your list is “cotton balls”.  Visualize a gun that shoots cotton balls.

Now, choose a word that you associate with the number “2”. You could choose “zoo” since it rhymes with “2”. Peg the second item on the list that you’re trying to memorize with the word “zoo”. To continue with our grocery list illustration, if the second item on your list is “toothpaste”, you could visualize a gorilla in his cage at the zoo brushing his teeth.

To make the technique even more effective, tell yourself a story which involves all of the items on your list. In this case, vividly visualize a gorilla brushing his teeth while sitting underneath a tree with its branches filled with packs of gum. Suddenly, someone appears with a gun and starts shooting cotton balls at the gorilla. The weirder and more colorful you make your story, the easier it will be to remember.

Wikipedia recommends the following pegs for numbers 1 to 10:

Once you’ve memorized the pegs you can use these same pegs over and over again each time that you need to memorize something.

The Method of Loci

An ancient Greek poet named Simonides was asked to recite a poem at a banquet. After reciting his poem, Simonides left. A few minutes after his departure, the entire building in which the banquet was being held collapsed.

The bodies inside the building were mangled beyond recognition. Therefore, Simonides was asked to create a list of the people who were at the banquet from memory. He did this by recalling where people were sitting at the time of the accident.

This memory device of associating things with a place or location became known as the method of loci (loci means “places”). Today it’s also known as the journey method.

The essence of the loci method is to piggyback information you need to remember on top of information that you know like the back of your hand. For example, it would be nearly impossible for you to forget the layout of your house. Therefore, you would select five to seven locations in your house and use these as landmarks to remember the items on any list that you’re trying to remember.

Just as in the peg system, you’re going to use visualization. In our grocery list example, you want to remember the following three items:

Let’s assume that the three places that you selected from your house’s layout are the following:

For each of these places visualize an association with one of the items on your list. As an illustration, you could envision the following:

The Dominic System is a mnemonic system invented by Dominic O’Brien. It’s a system for memorizing long sequences of numbers by associating the numbers with people and actions.

For example, suppose that you associate the number “1” with the group “One Direction” (obviously, because “one” is part of the band’s name). The action associated with “One Direction” is singing and dancing.

Richard Nixon–a former president of the US–was well known for his “V” victory sign, which consists of holding up two fingers. Therefore, you could associate the number “2” with Richard Nixon. The action associated with Nixon is standing with arms outstretched, making a victory sign with each hand.

You can associate the number “3” with the movie “Three Men and a Baby” starring Tom Selleck. Selleck is best known for his starring role as Hawaii-based private investigator Thomas Magnum. Magnum always drove around in a red Ferrari. Therefore, the action associated with Tom Selleck is driving a red Ferrari.

You can associate the number “4” with the movie “Four Weddings and a Funeral” which stars Hugh Grant. Everyone remembers the incident in which Hugh Grant was arrested in Hollywood with the call girl Divine Brown. The action associated with Hugh Grant can be posing for a mug shot.

If you follow this same logic, you would remember 3341 by visualizing Tom Selleck (3) driving his red Ferrari (3), with Hugh Grant (4) in the backseat singing and dancing around (1). Put it all together and you’ve memorized 12243341.

Next post: How to Complain Effectively and Get What You Want