How to Complain Effectively and Get What You Want 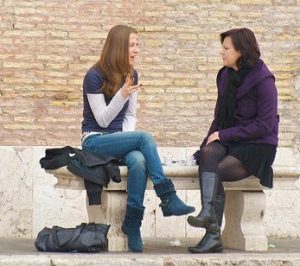 You’ve probably heard the advice to stop complaining. However, complaining can be a powerful means for achieving important ends. That is, it can help you to change unsatisfying situations and to get what you want.

Instead of making a resolution to stop complaining, what you need to do is the following:

There are many situations in which complaining can lead to positive results. Here are three examples:

In this post you’ll discover how to complain effectively so that you can get what you want. When you’re going to complain, make sure that you follow these seven principles:

Each of these principles is explained below.

Be Specific About the Issue That You Want to Address

When you’re going to complain you need to be very specific about what it is that you’re complaining about. Exactly what is it that’s bothering you or making you unhappy? Be direct.

In addition, address one complaint at a time. For example, if you’re going to complain to your spouse because you feel that they’re not doing their fair share of the housework, don’t muddy up the waters by adding other issues to your complaint. There may be other issues on your mind, but right now you’re just going to address the housework issue.

Be Very Clear On What You Want to Achieve

Before voicing your dissatisfaction, you need to be very clear on exactly what it is that you want to achieve by complaining. That is, you need to have a goal. What has to happen in order to make you feel that the issue has been resolved to your satisfaction?

Here are some examples of goals that you could set when voicing a complaint:

Keep in mind that you need to make sure that what you’re asking for is realistic.

Make Sure That You’re Complaining to the Right Person

In order to achieve a positive result from your complaint, you need to make sure that you’re complaining to the right person.  Once you’ve decided what you want to achieve by complaining, find out who has the authority to give it to you. Try asking the following: “Who do I need to talk to in order to . . . ?”

Take the Emotion Out of It

When there’s an issue which you feel warrants a complaint, it’s very likely that there are negative emotions surrounding the issue. For example:

The best way to prevent your emotions from overwhelming you is to pretend that you’ve been hired to resolve the issue at hand for someone else.  By taking a third person perspective you’ll be getting some distance from the problem so that you can look at it objectively, and so that you won’t take things so personally.

In order to make your communication as effective as possible, adhere to these four guidelines:

Be prepared with any facts or data that will back up your complaint. Here are some examples:

Being armed with knowledge gives you authority and makes it more likely that your complaint will be taken seriously.

Use the Sandwich Approach

You’ve probably heard of the sandwich approach when it comes to giving others criticism:

That is, you place the criticism between two positive communications. Guy Winch, Ph.D., author of The Squeaky Wheel: Complaining the Right Way to Get Results, Improve Your Relationships and Enhance Self-Esteem, recommends that you apply the same approach in order to complain effectively.

For example, suppose that you and your significant other have decided to move in together.  You notice that they keep leaving their used tea bags on the kitchen counter instead of throwing them in the trash. Here’s how to complain effectively about the tea bags by using the sandwich approach:

Try to Make It a Win-Win Situation

I’ve already written before about the TV show Frasier. Frasier is about Seattle radio psychologist Dr. Frasier Crane. In Episode 7 of Season 5, Frasier is in a store trying to return a purse he bought for his producer, Roz, which she didn’t like. Here’s the exchange between Frasier and the sales lady:

Frasier makes another effort to get a refund for the purse, but is unsuccessful. A woman shopper overhears the exchange between Frasier and the sales lady and she comes to Frasier’s aid (the woman’s name is Samantha):

As Frasier thanks Samantha for helping him out, she adds: “the secret is persistence”. Of course, the real secret is that Samantha helped the sales lady to see how she would also benefit by helping Frasier to resolve his complaint in a satisfactory manner.

You’re more likely to achieve a positive result when you complain if you can frame your request as a win-win for you and for them.

Complaining can be a powerful tool for living your best life and getting what you want.  However, you have to make sure that when you complain, you do so effectively. Start complaining effectively by applying the seven principles explained above.

1. Seven Ways Your Body Language Can Positively Influence Your Life
2. What’s Your Normandy?
3. An 18 Minute Plan That Will Make Your Productivity Soar
4. Get What You Want by Cultivating a Really Useful Attitude

Next post: What a Masked Vigilante Can Teach You About Goal Achievement – The Zorro Circle