Inner Peace and the Right Side of the Brain – Dr. Jill Bolte Taylor 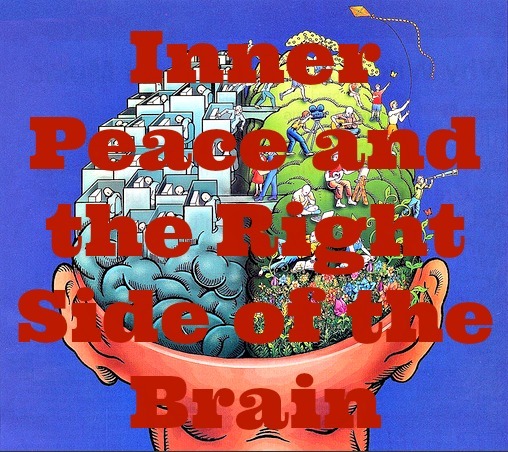 A brain scientist discovered Nirvana–or inner peace–in the right side of the brain.

Dr. Jill Bolte Taylor is a Harvard-trained brain scientist who suffered a stroke in 1996–at the age of 37–in the left hemisphere of her brain. She spoke of her experience at the 2008 TED Conference and wrote a memoir titled “My Stroke of Insight: A Brain Scientist’s Personal Journey”. Dr. Taylor was named one of Time Magazine’s Most Influential People in 2008.

In both the TED.com talk and the book she describes what the four hours felt like during which she was having the stroke and she watched her brain completely deteriorate in its ability to process information, and what life was like afterward. In addition, Dr. Taylor explains her discovery that through the right hemisphere of the brain, the part of her brain that was untouched by the stroke, inner peace is just a thought away.

You can find out a lot more about this remarkable woman and her fascinating experience below.

Each Hemisphere of the Brain Has Its Own Personality

Dr. Taylor explains in her TED.com talk that if you’ve ever seen a human brain, it’s obvious that the two hemispheres–or the two cerebral cortices–are completely separate from each other.

Our right hemisphere is all about this present moment; it’s all about right here, right now. It thinks in pictures and abstractions and it learns kinesthetically through the movement of our body.

Dr. Taylor explains that we are energy beings connected to the energy all around us through the consciousness of our right brain hemispheres.

Our left hemisphere is a very different place. It thinks linearly and methodically. It’s all about the past and about the future.

It’s designed to take that collage of the present moment and pick out detail after detail. It then categorizes and organizes all of that information, associates it with everything in the past we’ve ever learned, and projects into the future all of our possibilities.

The left side of our brain thinks in language. It’s the internal brain chatter that connects us to the external world. It’s the calculating intelligence that reminds us when we have to do the laundry and pick up bananas on the way home.

And most importantly, the left side of the brain is the voice that tells each of us: “I am”. And as soon it says that, each of us becomes separate from the energy all around us, and separate from everyone else.

That’s the portion of the brain that Taylor lost on the morning of her stroke.

Some of the Things Taylor Experienced While Having Her Stroke

In her Ted.com talk, Dr. Taylor shares the following about her experience while she was having a stroke:

Taylor explains that when the cells in her left brain became nonfunctional because they were swimming in a pool of blood, they lost their ability to inhibit the cells in her right hemisphere.

In her right brain, she shifted into the consciousness of the present moment. She had no memories of her past and no perception of the future. Instead, she was in a “right here, right now, the present moment is all there is” awareness. She calls this experience being in La-la land.

“All details of my life and language were gone. Language is a kind of code, and things were no longer reduced to coding. I was looking at the big picture and could see how everything is related. Everything is in motion, connected in a dance of grace. The brain is what imposes boundaries, and boundaries convey a perception of separation, but that’s a delusion. Everything is one . . . I got to sit in the space of silence gurus meditate toward for years.” (Source).

However, in many crucial ways, for a long time after having her stroke she was like an infant. She couldn’t talk, she had forgotten how to walk, and math and reading were gone. Someone gave her the pieces of a baby’s puzzle and she stared at them without comprehension, perplexed.

She found that in order to learn anything she had to take information from the last moment and apply it to the present moment. When her left hemisphere was completely nonfunctional early on, it was impossible for her to learn.

For example, she eventually became physically capable of putting on her socks and shoes, but she couldn’t understand why she had to put the socks on before the shoes. To her they were simply unrelated actions and she did not have the cognitive ability to figure out the appropriate sequencing of the events.

Over time she regained the ability to weave moments back together to create an expanse of time, and with this ability came the ability to learn methodically again. She adds that life in La-la land will always be just a thought away for her, but she’s grateful for the ability to think with linearity once again.

Here are some more of Dr. Taylor’s insights:

This is the 90 second rule from the book “My Stroke of Insight”: When a person has a reaction to something in their environment, there’s a 90 second chemical process that happens in the body; after that, any remaining emotional response is just the person choosing to stay in that emotional loop.

That is, something happens in the external world and chemicals are flushed through your body which puts it on full alert. It takes less than 90 seconds for those chemicals to totally flush out of the body .

This means that for 90 seconds you can watch the process happening, you can feel it happening, and then you can watch it go away. After that, if you continue to feel fear, anger, and so on, you need to look at the thoughts that you’re thinking that are re-stimulating the circuitry that is resulting in you having this physiological response over and over again.

How Can We Exercise Our Right Hemispheric Circuitry?

Dr. Taylor concluded her TED.com Talk by saying the following:

“Right here, right now I can step into the consciousness of my right hemisphere where we are, I am, the life force power of the universe. At one with all that is. Or I can choose to step into the consciousness of my left hemisphere, where I become a single individual, a solid, separate from the flow, separate from you . . . The more time we spend choosing to run the deep inner peace circuitry of our right hemispheres, the more peace we will project into the world, and the more peaceful our planet will be.”

Dr. Taylor made the decision to maintain the dominance of the right brain in areas in which it performs better than the left brain.

She consciously avoids certain places in the mind where impatience, worry, criticism or unkindness live. Anytime her awareness drifts there, she consciously steps over to her now-familiar right side, where compassion and a subjective sense of time make things very different.

The brain chatter comes online and then it’s organizing and categorizing and dramatizing all of our lives in the external world.

But when you quiet down those thoughts you get rid of the clouds; you unveil what’s always been there – which is the existence of the right hemisphere and that peacefulness and that awareness that everything is one and everything is connected. That is the experience of euphoria.

Dr. Taylor adds that she’s very clear that her brain chatter is a tiny group of cells that perform a specific function and that she has a say on whether or not that circuitry runs. All she has to do is make the decision that in this moment, she’s not going to have those thoughts; she’s not going to run that particular circuitry.

She focuses her mind on the bigger picture and thinks about other things and blocks the clouds from being there.

In addition, she sets aside a day every week for her authentic self–a silent day of right-brain consciousness. She nourishes her right brain hemisphere with music, guitar-playing, and water-skiing. She also combines her science-training with her art by creating anatomically correct stained glass brains which she sells as fine art.

When Dr. Taylor was having her experience of Nirvana, was she delusional as a result of having a stroke, as some have argued? Or, as she maintains, was she touching real perceptions of an unexplored facet of reality, one that is wired into all of our brains, should we only learn to reach it?

Previous post: 10 Ways to Reboot Your Life and Get a Fresh Start