Stop Procrastinating By Making It Fun 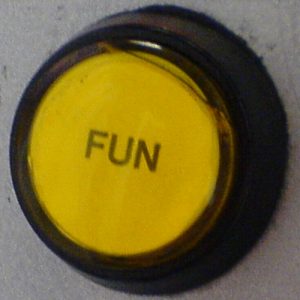 Below you’ll discover three examples of how to turn a boring task into a fun one.

However, we know that movement is good for you, and that most people are not getting enough exercise. The question then becomes, “How can people be motivated to use the stairs instead of using the escalators. What if you make climbing up the stairs fun?

“The Fun Theory”  is a site put up by Volkswagen which is “dedicated to the thought that something as simple as fun is the easiest way to change people’s behavior for the better.” In order to test the theory that people would choose the stairs instead of the escalators if a “fun” element was added to climbing up the stairs, the people from “The Fun theory” tried an experiment:

The result was that more people started using the stairs. In other words, people were willing to make the effort to walk up the stairs when it was turned into something fun. Here’s a YouTube video of “the piano stairs”:

The Fun Theory site has several more examples of getting people to take a desired action by introducing fun into the mix. Here are two more examples:

In order to get people to recycle glass bottles, the container in which people place the glass bottles was turned into an arcade game. You can watch the video below:

In order to get more people to throw their garbage away in the garbage bins, instead of simply throwing it on the ground, a device was installed in a garbage bin which creates a sound as if the rubbish is falling down a deep well. Here’s the video:

These experiments confirmed it: making things fun really can change behavior. Fun motivates people to do things they previously avoided because they were simply boring and monotonous tasks which did not seem worth the effort.

Here’s an excerpt from “The Procrastination Equation”, by Piers Steel on the subject of how to stop procrastinating by making things fun:

“Boredom isn’t inherently part of any job – anything can be made more exciting simply by how we treat it. Tom Sawyer, for example, managed to get the village boys to pay him for the privilege of whitewashing his Aunt Polly’s picket fence. How? By insisting that they couldn’t help and making them envy an unenviable chore. Fortunately, there are a few effective techniques for turning leaden tasks into golden ones.”

1. The Key To Goal Success: Setting Implementation Intentions
2. Launch A 365-Day Project In 2013
3. 18 Powerful Tips For Overcoming Procrastination
4. 7 Ways to Supercharge Your Motivation
5. Seven Ways to Overcome Inertia and Get Yourself Unstuck

Next post: One Hour A Day to Wealth Creation