35 Powerful Beliefs About Money: From Trump to the Dalai Lama 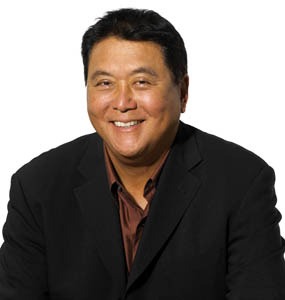 –written by Robert Kiyosaki–compares the mindset of Kiyosaki’s father-who held several degrees and an important position in the government, but struggled financially–, with the mindset of his best friend’s father-who never even finished high school but left his son a financial empire.

In his book, Kiyosaki explains that the mindset held by each of these two men, his “poor dad” and his “rich dad”, was largely responsible for each man’s financial destiny.  Here are seven mayor differences between the “poor dad” and the “rich dad” mentality:

(Image of Kiyosaki taken from here.)

The Dalai Lama: Money is Good

Some people hold the belief that being economically successful is somehow not spiritual, and that it’s wrong to care about money.  The Dalai Lama puts inner peace, health, and relationships before money; however, he considers money to be important.  Here’s the Dalai Lama’s belief about money:

“Money is good. It is important. Without money, daily survival — not to mention further development — is impossible. So we are not even questioning its importance. At the same time, it is wrong to consider money a god or a substance endowed with some power of its own. To think that money is everything, and that just by having lots of it all our problems will be solved is a serious mistake.” (Source).

Donald Trump: Money is Simply a Measurement of How Well You Play the Game 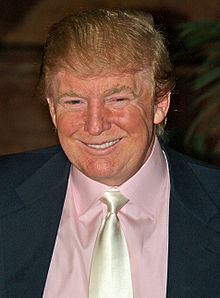 Donald Trump is an American business magnate and real estate developer.  He’s famous both for his wealth and for his outspoken manner.

In the early 1990s his financial problems and creditor-led bailout were widely publicized. I recall having read an anecdote about Trump during this time. Trump was walking down the street with a friend and he pointed to a beggar sitting on the sidewalk. He told his friend, “That man has a higher net worth than I do”.

The late 1990s saw a resurgence in Trump’s financial situation. Today, Trump is on the Forbes’ list of billionaires for 2013, with a net worth of $3.2 billion.

To Trump, money is but “a scorecard that tells me I’ve won and by how much,” he says. “The real excitement is playing the game.” Trump is doing what he loves to do, and he’s having fun with it. This mentality is what has allowed him to amass billions, and what helped him to dig himself out of the hole he was in two decades ago.

Warren Buffett: The Importance of Self-Confidence

Warren Buffett is one of the most successful investors in the world, and is often referred to as “The Oracle of Omaha”.  He’s one of the world’s five richest people. According to Buffett, having confidence in yourself is a key element in acquiring wealth. He once said the following: “I always knew I was going to be rich. I don’t think I ever doubted it for a minute.”

Jack Canfield on the Decision to Be Rich 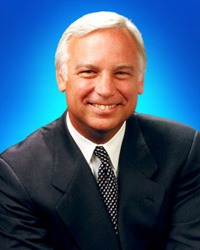 Jack Canfield is best known as the co-creator of the “Chicken Soup for the Soul” book series.  This is what he has to say about the decision to be rich:

The following quote by T. Harv Eker, author of “Secrets of the Millionaire Mind”, refers to the concept of a rich person’s mindset: “Rich people have a way of thinking that is different from poor and middle class people. They think differently about money, wealth, themselves, other people, and life.”

Here are 17 ways in which rich people think differently from the poor and middle class: 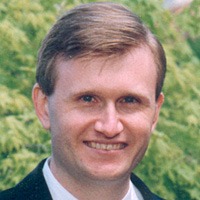 Steve Pavlina is the owner of the popular blog “Personal Development for Smart People”.  In 2009 he recorded four YouTube videos in which he discusses how to create abundance.  Here are some of the things he has to say in his videos:

Next post: How to Develop Your Character – Benjamin Franklin’s Thirteen Virtues