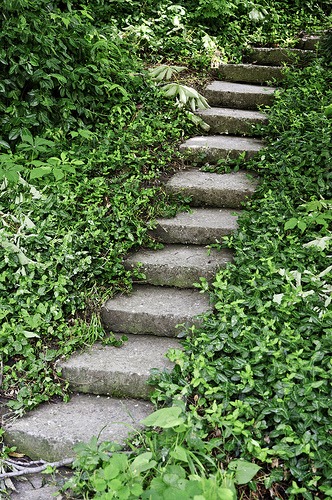 Many people have a list of ambitious projects they plan to complete, such as the following:

Below you’ll find four ways to achieve your goals by thinking small. The four ways are the following:

By breaking big projects down into small action steps, you can accomplish great things.  Here are three examples:

Harry Sinclair Drago was an American novelist who specialized in historical fiction set in the Southwestern United States. He was a prolific author and over the course of his career he wrote short stories, screenplays, articles, and more than 100 novels.

In fact, Drago wrote more than three full-length novels a year for 30 years. Once a reporter asked him: “How did you write over a hundred books?” And he answered: “Four pages a day”.

Going From Couch Potato to Running a 5K

Another example of the importance of breaking projects down into small steps is “The Couch to 5K Running Plan”.  It offers a running schedule to help couch potatoes take up running. The plan has helped thousands to go from running zero miles to running three miles, in just two months.

Josh Clark explains that a lot of people are turned off from running by trying to start too fast. They go out and jog for as long as they can endure right off the bat and wake up the next day with every ache and pain imaginable. Then they wonder why on earth anyone would want to take up running.

If you go here and look at the running schedule provided, you’ll see the following:

A person can go from couch potato to running a 5K in just two months by breaking down the task into small, doable steps.

A third example is marketing your business. Suppose that you want more clients for your business, but you’re not doing anything about it.  Why? It’s very likely because “find new clients” is simply too large a task, and you’re not sure how to tackle it.

Ask yourself: “What’s the first thing I need to do?” It could be: “Contact leads”. If this task still looks too large, you can make it even smaller: “Identify leads”.

Another item you can add is “Look for networking events I can attend.”  You could also add, “Identify former clients and ask for referrals.”  These are examples of small, specific activities you can schedule and carry out, rather than staring blankly at the amorphous: “Find new clients”.

Micromovements – Make It Small Enough to Get You Going

If you’re having one of those days in which you just can’t get yourself to move, or there’s a project that you just can’t seem to get started on, try micromovements.  Micromovements is a term coined by motivational writer SARK. It consists of itsy-bitsy-teeny-weeny movements.

SARK explains that she’s a recovering procrastinator and perfectionist with a short attention span, so she invented micromovements as a method of completing projects in time spans of 5 minutes or less. She adds the following:

“All of my 11 published books, posters, cards and company exist due to many thousands and thousands of micromovements all strung together. I think of the micromovements as tiny colored beads that have helped me be someone who lives in her dreams instead of talking about them.”

SARK adds that it’s important to write down each micromovement with a day and time. For example, if she wants to create a purple pillow, she would write down the following:

Although using micromovements means that you’ll proceed slowly, it’s a much better alternative than never getting started. Just go slow and steady.

Reward Yourself for Small Achievements

When someone praises you, you feel good because your brain produces a chemical called dopamine. When you praise yourself by checking off a completed action step, you get the same physiological result. As you achieve one small win after another, you find it easier and easier to take the action steps that generate the wins.

Basically, it’s about applying Newtonian physics to your task list: if you can get yourself to start ticking off small items, you’ll be on a roll and will continue ticking off items.  In addition, giving yourself positive reinforcement after each small achievement will help you even more in keeping the momentum going.

The process to follow is this: break each task down into small action steps; make it easy to identify when you’ve completed each step; reward yourself for each achievement, even if it’s just by acknowledging and congratulating yourself each time you complete an item; repeat.

Kaizen is a Japanese philosophy.  It’s based on making little changes on an ongoing basis: always improving productivity and effectiveness while reducing waste. It’s a soft, gradual method and the concept can be applied to any aspect of your life.

In addition, Kaizen is about creating systems and processes, and continuously tweaking these processes to get the best results and to reduce waste. One example is to create a morning routine and modify it slightly every few days to create improved results:

Anything can be improved continuously, one small tweak at a time.

Make things easy for yourself: 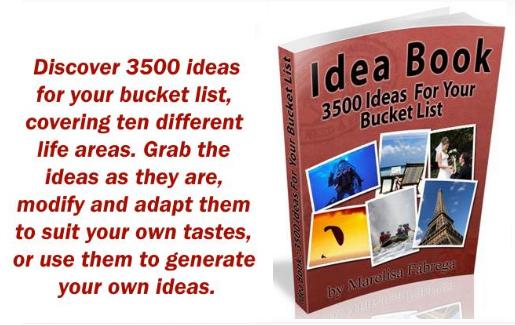 1. Time Management Secret: Do It Tomorrow
2. Time Investment: Invest Your Time Instead of Spending It
3. Stop Procrastinating Tip: Practice Discomfort
4. The One-Hour-A-Day Formula
5. How to Live a “Hell, Yeah!” Life