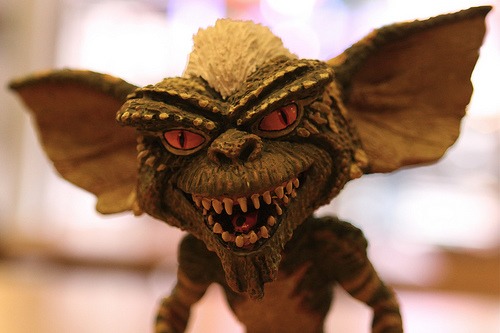 That inner voice goes by many names: inner critic, inner gremlin, inner demon, and so on. Uncontested, it can cause a myriad of problems, including performance fear, procrastination, self-doubt, guilt, shame, and more. Whatever you decide to call it–if you want to be happy and if you want to achieve your goals–, this voice needs to be dealt with. Below you’ll discover three ways to silence your inner critic.

The three ways are the following:

Martin Seligman, PhD, is the founder of positive psychology and author of the book “Learned Optimism”.  He refers to the voice of your inner critic as “catastrophic thoughts”. Seligman has a technique to combat these thoughts, which consists of the following three steps:

First. You recognize that you’re having a catastrophic thought.

Third. You dispute the thought—just as you would dispute a co-worker saying negative things about you to your boss—and you marshal evidence against it.

Seligman indicates that if you follow these three steps consistently, gradually you’ll get better and better at neutralizing catastrophic thoughts. That is, you’ll gradually diminish the hold that the inner critic has on you. (Source).

Internal Family Systems Therapy (IFS) is a new form of psychotherapy developed by psychologist Richard Schwartz. IFS recognizes that our psyches are made up of many different parts, sometimes called subpersonalities. It’s like having lots of little people inside your head, each with its own perspectives, feelings, memories, goals, and motivations.

All of these little people make up your internal community or family. Here are some examples of the different subpersonalities you may have inside your head:

And, of course, there’s the Inner Critic. IFS holds that none of these voices wants to hurt you; they’re just acting from their own viewpoints and trying to further their own agendas. What you need to do is to treat them as a family by doing the following:

In the book “Self-Therapy for Your Inner Critic: Transforming Self Criticism into Self-Confidence”, Jay Earley, PhD, and Bonnie Weiss, LCSW, explain that the inner critic is a protector. Among other things, it wants to keep you safe from failure and humiliation, and it figures that the best way to do this is by preventing you from trying anything new. One way it seeks to accomplish this is by judging and discouraging you.

In addition, there may be a part of you—most likely the Criticized Child—that feels hurt by the things that the inner critic says. Try befriending that part of you with love and compassion. See who else is hanging around and listen to what they have to say.

In a way you can become a therapist to your own inner family so that each voice—including your inner critic—begins to talk in a way that is more conducive to your happiness and to the achievement of your goals.

Your Inner Champion supports and encourages you. It’s that voice in your head that helps you to do the following:

Earley and Weiss explain that one way to think of your Inner Champion is as “the ideal supportive parent you always wished you had”.

Think of someone who has really high self-esteem. Others may criticize that person, but their self-confidence acts as a buffer against these criticisms. In the same way, your Inner Champion can help you to develop the self-esteem that you need to protect you from the inner critic’s negative comments.

The Inner Mentor is a transformation of the Inner Critic. Let’s face it: sometimes your Inner Critic is right (or at least partially right). We all need to take a good look at ourselves and ask whether there are some changes that we need to make, or if there’s room for improvement. Here are some examples:

The Inner Critic tries to tell you these things. However, it tells you in a way that chips away at your self-confidence and your self-esteem. That is, the problem isn’t with the message, but with the way in which the message is being delivered. 1. Three Superb Exercises For Boosting Your Self-Esteem
2. Stop Making Excuses – Start Living Your Dreams
3. As a Man Thinketh – The Power of Right Thought
4. Strengthening Your Willpower: Four Ways to Listen to The Angel On Your Shoulder
5. How to Make Yourself Lucky