How to Write a Novel in 30 Days – NaNoWriMo You don’t need years to write a novel; you just need 30 days.

Although the challenge of writing a novel in 30 days can be taken up at any moment, most people choose to do so during the month of November. After all, that’s when National Novel Writing Month– or NaNoWriMo– takes place.

Every year during the month of November, tens of thousands of people take up the challenge of writing a 50,000 word novel in just 30 days. It’s the perfect opportunity for would-be novelists to nurture their creative selves. In this post you’ll discover how to write a novel in 30 days. Some of the things you’ll need to keep in mind while writing your novel are the following:

Each of these is explained below.

Decide On a Genre For Your Novel

Literary genre is a term used to group together works that share similar characters, settings, and themes. The basic genres are the following:

The best advice in choosing a genre is to write the type of novel that you like to read. Then, read everything that you can in that genre in order to become familiar with its rules.

Summary of the Major Elements of the Novel

Here’s a brief summary of the major elements of the novel:

The theme is the central message of the novel which is conveyed through the characters and circumstances; it’s the statement you want to make about the human condition. In addition, it’s the unifying element for everything you put in your plot. Here’s an example:

Setting: When and Where 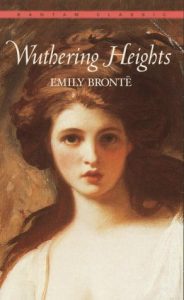 Setting is the background in which the story takes place. Basically, it’s the when and where, but it can also include lifestyle:

(b) Time: First, this refers to the period of history. Your story could be set in the past, it could be a contemporary novel, or it could even be set in the future. You have to decide at what point in time the story opens and when it will end.  When describing the setting you may want to specify the season, month, and even the time of day. Make a timeline for the events of the novel.

(c) Lifestyle: This refers to the daily life of the characters. If a story takes place in a particular historical period, the lifestyle of the characters–for example, New York’s high society during the Gilded Age–is part of the setting.

As an example of setting, “Wuthering Heights”–Emily Brontë’s only novel–takes place in the late 1700′s and early 1800′s. All the action is set in or around two neighboring houses on the harsh and desolate Yorkshire Moors of Northern England: Wuthering Heights and Thrushcross Grange.

These two manor houses are just four miles apart, but they could not be more different in terms of the conditions that exist in each house and the people who inhabit them. Emily Brontë grew up in the Yorkshire Moors, and so her depiction of it is very accurate. The setting can help create the mood of your novel.

Some of the things you may want to jot down about your characters are the following:

A good rule of thumb is that the protagonist will confront the thing he fears the most, and overcome it, in order to win the thing he desires the most.

Use Archetypes as Blueprints for Your Characters

Victoria Schmidt argues in her book “45 Master Characters” that archetypes are blueprints for building well-defined characters, be they heroes, villains, or supporting characters. As Schmidt explains: “Each archetype has her own set of motivations, fears and cares that move her as well as the plot forward.” Archetypes are the foundation your characters will stand on.

The Greek gods and goddesses represent the basic archetypes. Each god or goddess has both a positive and a negative aspect.

Beware that stereotypes aren’t the same thing as archetypes. Stereotypes are oversimplified generalizations which will limit your character.

Six More Things You Can Do

Six more things you can do when it comes to creating your characters are the following:

Here are some links where you’ll find worksheets to help you create character profiles:

The Plot: The Story and Why It’s Interesting

The plot is what happens in the novel and why it’s interesting. E.M. Forster explains the difference between story and plot in “Aspects of the Novel”

Most plots are made up of the Classic Three Act Structure:

Act I. In the first act we meet the characters, are given the setting, and discover what the main problem of the story is. This is the preparation act for the reader (this is where you set things up).

Act II. The second act presents the complication. The problem that we set up in the first act becomes more dangerous and difficult. The hero’s attempts to solve the problem come crashing down and our hero is lying on his or her back with no apparent means of escape.

Act III. The third act presents the resolution of the problem. In act three you wrap up the story and tie up loose ends. 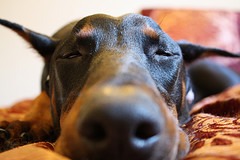 Martha walked up the flight of stairs to her second floor apartment and wearily opened the door. As soon as she made her way into the apartment she was greeted by the sight of her pet Doberman pinscher choking and unable to breathe.

Filled with fear and anxiety, Martha rushed him to the vet and was told to leave him there for emergency surgery. Feeling a bit calmer knowing that her beloved pet was being looked after, she returned to her apartment.

No sooner had Martha set her purse down on the small table near the door, when the phone rang. She picked it up and was surprised to hear the vet’s voice urging her to get out of her apartment right away.

Martha quickly grabbed her purse, ran out of her apartment, and knocked urgently on her neighbor’s door. Fortunately, Marge was home and she let Martha in. Martha told Marge of how she had come home earlier to find her dog choking, and of the bizarre phone call she had just received from the vet.

A few minutes later the two women heard the sound of sirens nearing the apartment building. Four police cars screeched to a stop outside the building and several cops made their way up the stairs and into Martha’s apartment.

After waiting for what she considered to be a prudent amount of time, Martha ventured out of her neighbor’s apartment to see what was happening. She was told by one of the cops that –after a quick search of her apartment–they had discovered a burglar hiding in the bedroom closet bleeding profusely from one hand.

Analysis of “The Choking Doberman”

As Ronald Tobias explains in his book 20 Master Plots: And How to Build Them, “The Choking Doberman”–which is an urban myth that has been retold countless times with endless variations–is completely plot driven. The characters take a backseat. In addition, it has three movements:

Some Ideas to Save Your Plot

If your plot runs out of steam on day ten of NaNoWriMo, here are some things you can do:

“Conflict is the source of all growth and is an absolute necessity if one is to be alive.” — Jean Miller

Conflict is the struggle between opposing forces in the story. Conflict provides interest and suspense. There are various types of conflict, which can usually be categorized as one of the following:

Jordan Rosenfeld writes the following in his book Make a Scene: Crafting a Powerful Story One Scene at a Time:

“Scenes are capsules in which compelling characters undertake significant actions in a vivid and memorable way that allows the events to feel as though they’re happening in real time. When strung together, individual scenes add up to build plots and storylines.”

A scene is a specific chunk of the story, one that is its own closed loop. When is a scene a scene? When something changes. What defines the completion of a scene? The moment of change. Every good scene has a purpose and it leads to the next good scene.

Point of view is the perspective from which a story is told. It’s the “camera angle” through which the action will be filtered. Choose the point of view that will most effectively allow you to reveal your characters and tell your story. The points of view you can adopt are basically the following:

For example, Kathy Reichs writes crime novels in which the protagonist is forensic anthropologist Dr. Temperance Brennan (her books are the inspiration for the TV series “Bones”). Reichs writes in the first person, from Dr. Brennan’s point of view. Here’s how “Bones of the Lost” begins: “Heart pounding, I crawled toward the brick angling down to form the edge of the recess. Craned out.

More footfalls. Then heavy boots appeared at the top of the stairs, beside them a pair of small feet, one bare, the other in a platform pump.

Anger burned hot in my chest. The woman was drugged. The bastard was dragging her.”

In addition, here are three classics that are written in the first-person point of view:

This is the most commonly used point of view. When you’re writing in the third person you use pronouns such as “he” or “she”.  The third person gives you the following choices:

The second person point of view–the “you” form–is uncommon.  Most novels are written in either in the first or the third person, so using the second person may confuse your readers. But if it suits your novel, go for it.

Here are some more NaNoWriMo tips:

Go ahead and take a creative challenge: write a novel in 30 days. I’m participating in NaNoWrimo in 2015, I’m using the one-hour-a-day formula to do so.

Next post: Five Ways to Make Friends and Get Along With Others

Previous post: 8 Ways to Release the Ghosts of the Past and Be Happy in the Present