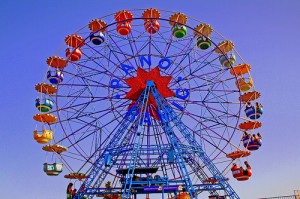 1. Discover how much–or how little–you know about geography by taking the quizzes on this site. I took the quiz on the countries in Africa (and I definitely need to retake it).

2. Everyone knows how to do something, whether it’s making a great spaghetti sauce, growing herbs, or creating an awesome PowerPoint presentation. Create a how-to of your skill and post it on your blog. If you don’t have a blog, hang it up on your supermarket’s bulletin board.

3. Draw simple pictures on napkins and put them in your children’s lunch bags. Here’s a Flickr stream of napkins drawn by a father for his daughters’ lunch bags over a five year period: “The Napkin Drawings”. You can also try sandwich art.

4. Purchase something–it doesn’t have to be expensive–as a symbol for your need to create: it can be a sketchbook, a coffee cup with an Impressionist painting stamped on it, a journal with a great cover, a poster of a Picasso painting, and so on.

5. The great Katherine Hepburn was once on a list of actors considered to be “box office poison”. She acquired the film rights to “The Philadelphia Story”, gave herself the lead female role, and staged her comeback. The film was a big hit. Have things been going awry for you lately? Start planning your comeback.

6. Memorize your favorite poem. Mine is “Tonight I Can Write the Saddest Lines” by Pablo Neruda (and yes, I have it memorized).

7. In his 1942 story “Runaround,” Isaac Asimov offered his now-famous Three Laws of Robotics:

Come up with your own three laws of robotics (or five, or ten).

8. Host a marathon of movies written and produced by the Coen brothers. Here are three of them:

9. Follow Benjamin Franklin’s advice: take out a book by your favorite author and copy an entire chapter by hand so that you get a feel for the flow and composition of great writing.

10. Create fan fiction based on your favorite book. As an example, there’s a whole cottage industry based on adaptations of Jane Austen’s “Pride and Prejudice” (including one in which Mr. Darcy is a werewolf , and another one in which he’s a vampire).

11. Homer began”The  Odyssey” with an incantation to the muse:

”Sing to me of the man, Muse, the man of twists and turns
driven time and again off course, once he had plundered
the hallowed heights of Troy”

Create your own incantation to the muse.

12.Write a cinquain, which is a five-line poem. Here are the rules:

13. Read someone’s palm (make it up as you go along). Alternatively you could use Tarot cards or Runes.

14. Go to a playground and hang upside down from the monkey bars.

16. Make a recording of your loved ones’ laughter.

17. Make up a knock-knock joke. Tell it to your friends and see if anyone laughs.

18. In the last Miss Universe pageant, Miss Venezuela was asked, “If you could pass a new law, what would it be?” I didn’t watch the show, but apparently she gave a really awkward answer. What would your answer have been?

19. Write a letter to the President of your country explaining in detail how you would solve one of the country’s biggest problems.

20. Set a beautiful table and photograph it.

21. Write your Creativity Manifesto. Tape it to the wall where you can see it.

22. Make a list of the ten things you most enjoyed doing as a child. Do at least two activities from the list.

23. Learn the lyrics to a song you love. Sing it in the shower.

24. Leave a dollar somewhere in public for someone else to find. Sit somewhere out of sight and watch to see who finds it. (I found $25 on the ground on Sunday; finding money is one of the greatest feelings in the world.)

25. Buy a goldfish and name it after your favorite composer.

26. Create a flow chart of your morning routine.

27. Come up with a comic strip loosely based on your family members.

28. Have you ever had an Elvis sandwich? It’s made of peanut butter, bananas, and bacon, and it’s named after Elvis Presley because he loved to eat them. Invent a sandwich with your favorite ingredients. Name it after yourself.

30. Get yourself a latch hook kit . You get a canvas with a shape on it, a latch hook, and the pre-cut yarn in all the colors that you’ll need. I love these because they make me feel crafty, even though I’m not. And for the men who think that crafts are only for women, know this: Ryan Gosling knits. 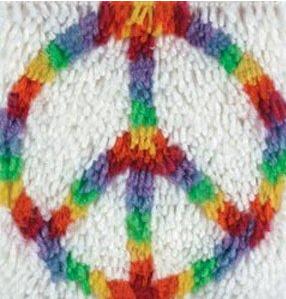 31. Come up with a great title for the novel you’ll write someday. Tom Robbins has great names for his novels:

34. Come up with 100 uses for paper rolls. Here’s one: cover a toilet paper roll in peanut butter, roll it through bird seeds, and put it up on a tree branch to attract birds.

36. Create a scavenger hunt for a kids’ party.

37. Take a photograph of the same scene at different hours of the day (Monet-style).

39. I love A to Z projects. Seth Godin–the marketing guru–has a new book out titled “V is for Vulnerable”. It’s an A to Z on how to be more creative. Here are three examples:

Come up with your own A to Z project.

40. Ride a carousel or a Ferris Wheel. 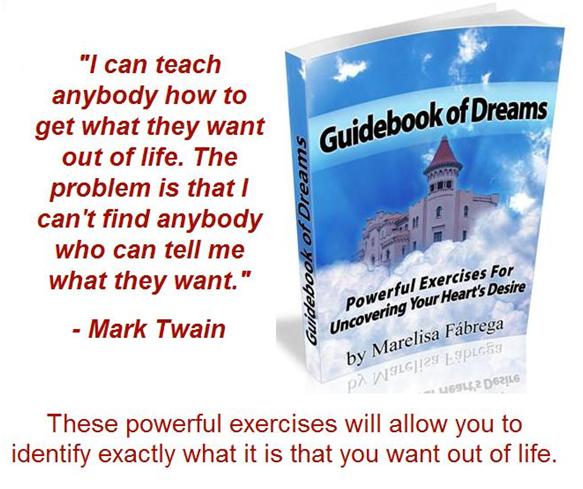 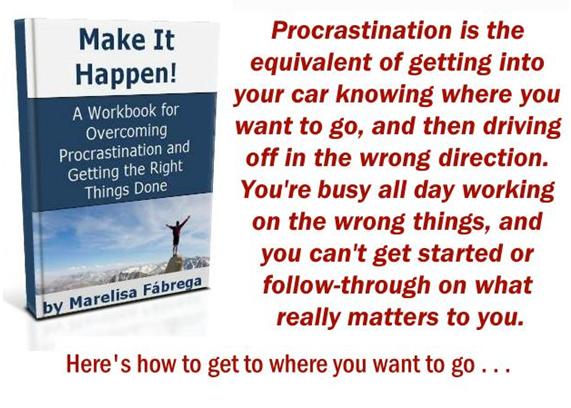 Next post: How Breaking Parkinson’s Law Can Radically Improve Your Life

Previous post: One Hour A Day to Wealth Creation