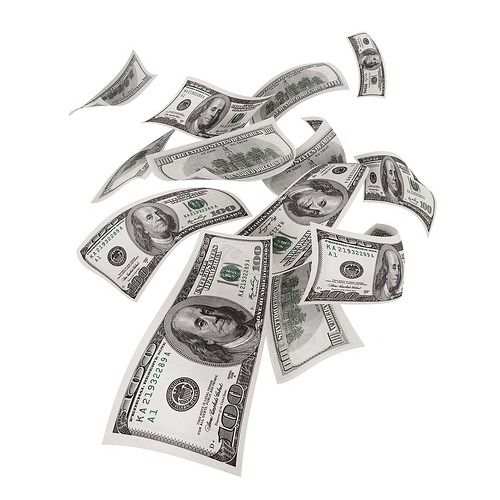 Psychologists have conducted research which shows that money can’t buy happiness. That is, once you have enough money to meet your basic needs, having more money will impact your level of happiness only slightly.

However, Elizabeth Dunn, an associate professor of psychology at the University of British Columbia, and Michael Norton, an associate professor of marketing at Harvard Business School, have set forth the proposition that this is only partially true. That is, how much money you have won’t determine your level of happiness, but how you spend it will.

Most people think that they can be happier by doing things such as the following:

Nonetheless, research conducted over the past ten years shows that this way of thinking is wrong. Buying these things won’t make you happier.

In their recently published book, titled “Happy Money: The Science of Smarter Spending”, Dunn and Norton claim to have uncovered how you can buy happiness. They set forth five spending principles which they argue will transform your currency into “happy money”.

The five principles are the following:

Each of these is explained, in detail, below.

Research has shown that buying experiences makes us happier than buying material goods. There are many reasons for this, and here are six of them:

In addition, it doesn’t have to be an expensive experience in order for you to derive a happiness benefit from it. Just having a coffee and scone with someone whose company you enjoy can do the trick.

Make It a Treat

The authors of “Happy Money” argue that abundance can be a negative and that you can have too much of a good thing. Dunn and Norton explain that “abundance, it turns out, is the enemy of appreciation. This is the sad reality of the human experience: in general, the more we’re exposed to something, the more its impact diminishes.”

For example, if you go out to dinner almost every night of the week, you get used to it; dining out begins to lose its appeal. However, if instead of going out to dinner all the time you save up to eat at a really nice restaurant once or twice a month, the novelty of the event will make you take notice and you will appreciate it more.

You can use your money to buy happiness by buying time. That is, buying time to spend with the people who are important to you, being able to get more sleep, or having more time to spend on a hobby you enjoy. You can buy time by doing things such as the following:

By buying time you’ll be gaining something called “time affluence”, and having time affluence makes us happy.

The authors of “Happy Money” cite studies which show that spending money on others provides a bigger happiness boost than spending the money on yourself. In fact, Norton gave a Ted Talk on this very subject. In his talk Norton explains that he and his research team conducted an experiment in which they did the following:

Something else that the researchers observed from the experiment was that whether the test subjects had been given $5 or $20 was irrelevant. Once again, this shows that happiness levels are not determine by how much money you have, but by how you spend it.

In addition, keep in mind that if you’re going to donate money the biggest happiness boost comes from making a donation to something you can actually see or which will have a specific impact. For example, donating money to buy school supplies for the elementary school down the street, or donating money to Kiva to help a specific micro-entrepreneur achieve a specific objective.

The basic message of “Happy Money” is that instead of thinking exclusively of how to get more money, you should start thinking of how to get the most happiness out of the money that you already have. To this end, Dunn and Norton recommend that you do the following:

“Before you spend that $5 as you usually would, stop to ask yourself: Is this happy money? Am I spending this money in the way that will give me the biggest happiness bang for my buck?”

Live your best life by applying the five principles described above and spending your money in ways that will lead to greater happiness.

1. How to Calculate Your Net Happiness
2. Three Happiness Tips From Eckhart Tolle
3. Srikumar Rao On Happiness – Four Exercises That Will Make You Happier
4. Harvard’s Most Popular Course: Tal Ben-Shahar on How to Be Happier

Next post: 32 Bits of Wisdom from William Clement Stone