70 Money Quotes that Will Make You Rich 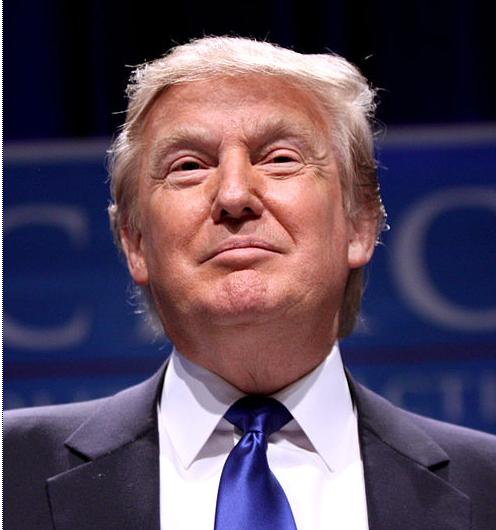 Quotes manage to pack a lot of wisdom into just a few words. The 70 money quotes below–taken to heart–will make you rich.

1. “Money was never a big motivation for me, except as a way to keep score. The real excitement is playing the game.”  – Donald Trump

3. “I’ve known people who had fantastic ideas, but who couldn’t get the idea off the ground because they approached everything weakly. They thought that their ideas would somehow take off by themselves, or that just coming up with an idea was enough. Let me tell you something — it’s not enough. It will never be enough. You have to put the idea into action. If you don’t have the motivation and the enthusiasm, your great idea will simply sit on top of your desk or inside your head and go nowhere.” – Donald Trump

4. “Many people are afraid to fail, so they don’t try. They may dream, talk, and even plan, but they don’t take that critical step of putting their money and their effort on the line. To succeed in business, you must take risks. Even if you fail, that’s how you learn. There has never been, and will never be, an Olympic skater who didn’t fall on the ice.” – Donald Trump

5. “Too many people spend money they earned, to buy things they don’t want, to impress people that they don’t like.” ― Will Rogers

6. “Money is a great servant but a bad master.” ― Francis Bacon 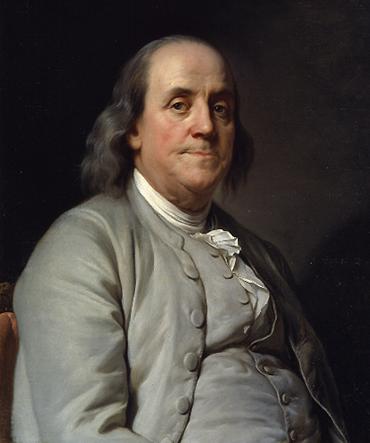 11. “Don’t tell me where your priorities are. Show me where you spend your money and I’ll tell you what they are.” – James W. Frick

12. “One penny may seem to you a very insignificant thing, but it is the small seed from which fortunes spring.” – Orison Swett Marden

14. “More people should learn to tell their dollars where to go instead of asking them where they went.” — Roger Babson 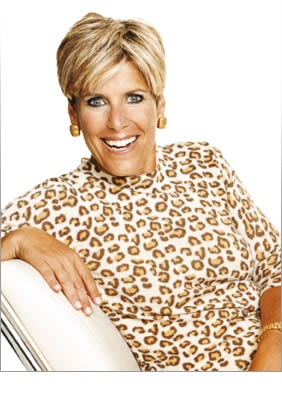 15. “What’s keeping you from being rich? In most cases it’s simply a lack of belief. In order to become rich, you must believe you can do it, and you must take the actions necessary to achieve your goal.” – Suze Orman

16. “What you choose to do with your money shows whether you are truly powerful or powerless.” – Suze Orman

18. “Disneyland is a work of love. We didn’t go into Disneyland just with the idea of making money.” – Walt Disney

19. “To get rich, you have to be making money while you’re asleep.”– David Bailey

20.  “The only investors who shouldn’t diversify are those who are right 100% of the time.” – Templeton 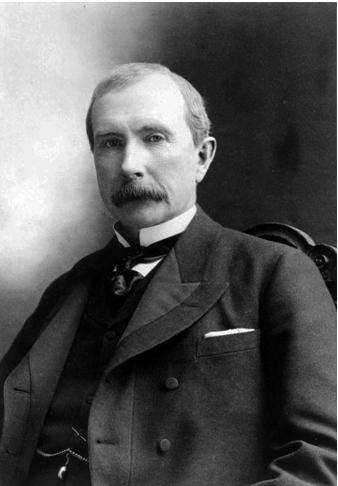 21. “God gave me my money. I believe the power to make money is a gift from God . . . to be developed and used to the best of our ability for the good of mankind. Having been endowed with the gift I possess, I believe it is my duty to make money and still more money and to use the money I make for the good of my fellow man according to the dictates of my conscience.” — John D. Rockefeller

22. “If your only goal is to become rich, you will never achieve it.” – John D. Rockefeller

23. “The trouble for most people is they don’t decide to get wealthy, they just dream about it.” – Michael Masters

24. “A budget is telling your money where to go, instead of wondering where it went.” – John C. Maxwell

25. “Wealth is largely the result of habit.” – John Jacob Astor

27. “The only difference between a rich person and a poor person is how they use their time.” – Robert Kiyosaki

28. “The money you attract is the exact measure of value of the ideas you have succeeded in externalizing.” – Elizabeth Towne

29. “Compound interest is the eighth wonder of the world. He who understands it, earns it; he who doesn’t, pays it.” – Albert Einstein

30. “All my life I knew that there was all the money you could want out there. All you have to do is go after it.” – Curtis Carlson 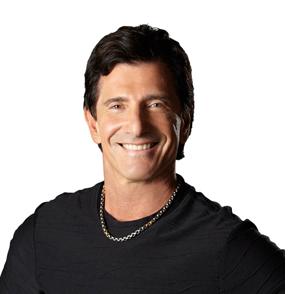 32. “It all comes down to this: if your subconscious ‘financial blueprint’ is not ‘set’ for success’, nothing you learn, nothing you know, and nothing you do will make much of a difference.” – T. Harv Eker

33. “Money is a lubricant. It lets you slide through life instead of having to scrape by. Money brings freedom, freedom to buy what you want, and freedom to do what you want with your time. Money allows you to enjoy the finer things in life as well as giving you the opportunity to help others have the necessities in life. Most of all, having money allows you not to have to spend your energy worrying about not having money.” – T. Harv Eker

34. “It’s simple arithmetic: Your income can grow only to the extent that you do.” – T. Harv Eker

35. “You can only become truly accomplished at something you love. Don’t make money your goal. Instead, pursue the things you love doing, and then do them so well that people can’t take their eyes off you.” – Maya Angelou

36. “Happiness is not in the mere possession of money; it lies in the joy of achievement, in the thrill of creative effort.” – Franklin D. Roosevelt

38. “Never spend money before you have it.” – Thomas Jefferson 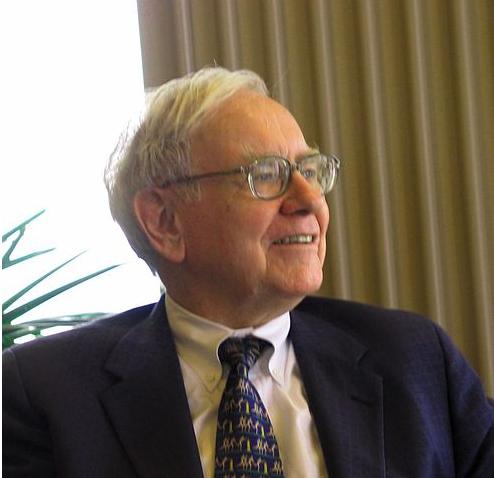 39. “Investing is simple, but not easy.” – Warren Buffett

40. “Invest in as much of yourself as you can, you are your own biggest asset by far.” – Warren Buffett

41. “Your goal as an investor should simply be to purchase, at a rational price, a part interest in an easily-understandable business whose earnings are virtually certain to be materially higher five, ten and twenty years from now. Over time, you will find only a few companies that meet these standards – so when you see one that qualifies, you should buy a meaningful amount of stock. You must also resist the temptation to stray from your guidelines: If you aren’t willing to own a stock for ten years, don’t even think about owning it for ten minutes. Put together a portfolio of companies whose aggregate earnings march upward over the years, and so also will the portfolio’s market value.” – Warren Buffett

42. “Lack of money is no obstacle. Lack of an idea is an obstacle.” – Ken Hakuta

45. “Money is neither my god nor my devil. It is a form of energy that tends to make us more of who we already are, whether it’s greedy or loving.” – Dan Millman 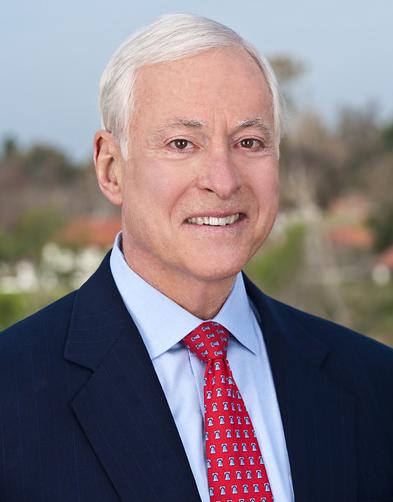 47. “All wealth comes from adding value, from producing more, better, cheaper, faster, and easier than someone else.” – Brian Tracy

48. “Today the greatest single source of wealth is between your ears.”- Brian Tracy

50. “There are three things you must do in order to become wealthy. You must have the right mindset, discover your purpose in life, and find a business that expresses that purpose.” – Andy Fuehl

52. “We should travel light and live simply. Our enemy is not possessions but excess.” — John R.W. Stott, English pastor and evangelist

53. “I think that much of the advice given to young men about saving money is wrong. I never saved a cent until I was forty years old. I invested in myself – in study, in mastering my tools, in preparation. Many a man who is putting a few dollars a week into the bank would do much better to put it into himself.” – Henry Ford

54. “When defeat comes, accept it as a signal that your plans are not sound, rebuild those plans, and set sail once more toward your coveted goal.” – Napoleon Hill

55. “Money is like gasoline during a road trip. You don’t want to run out of gas on your trip, but you’re not doing a tour of gas stations. You have to pay attention to money, but it shouldn’t be about the money.” – Tim O’Reilly

56. “I got screwed over in some bad business deals, but as long as I focused on those past problems, I couldn’t move forward. I had to let all of that go and forgive everyone and everything first.” – Steve Pavlina

57. “You must assume 100% responsibility for your financial life. If you’re going to improve your situation, you have to put the full burden of doing so squarely on your own shoulders. First and foremost, you must hold yourself responsible.” – Steve Pavlina 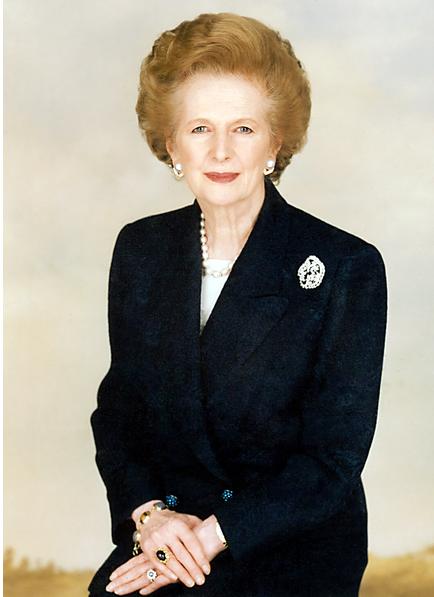 58. “Nevertheless, the Tenth Commandment—’Thou shalt not covet’—recognizes that making money and owning things could become selfish activities. But it is not the creation of wealth that is wrong, but love of money for its own sake. The spiritual dimension comes in deciding what one does with the wealth. How could we respond to the many calls for help, or invest for the future, or support the wonderful artists or craftsmen whose work also glorifies God, unless we had first worked hard and used our talents to create the necessary wealth?” — Margaret Thatcher

60. “Economy does not lie in sparing money, but in spending it wisely.” – Thomas Henry Huxley

61. “The man who does not work for the love of work but only for money is not likely to neither make money nor find much fun in life.” – Charles M Schwab

62. “Starting out to make money is the greatest mistake in life. Do what you feel you have a flair for doing, and if you are good enough at it, the money will come.” – Eileen Evelyn Greer Garson

63. “Money problems can always be solved by a man not frightened by them.” – Robert Anson Heinlein

64. “Investing should be more like watching paint dry or watching grass grow. If you want excitement, take $800 and go to Las Vegas.” – Paul Anthony Samuelson

65. “If you’re prepared to invest in a company, then you ought to be able to explain why in simple language that a fifth grader could understand, and quickly enough so the fifth grader won’t get bored.” – Peter Lynch

66. “To be a successful business owner and investor, you have to be emotionally neutral to winning and losing. Winning and losing are just part of the game.” – Robert T. Kiyosaki, “Rich Dad, Poor Dad”

69. “Don’t play games that you don’t understand, even if you see lots of other people making money from them.” – Tony Hsieh

I hope these quotes are helpful to you in creating a plan for being able to finance your best life.

Next post: 17 Things You Can Do to Be Happier Now