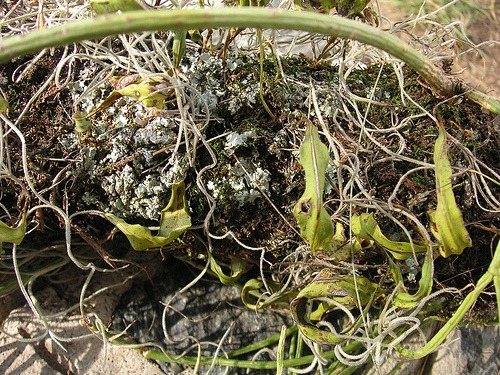 A few years back I watched a movie called “The Village”.

It was a psychological thriller about an end-of-the-19th-century village whose inhabitants never ventured beyond the village limits for fear of the creatures that inhabited the surrounding woods.  They referred to the creatures as “Those We Do Not Speak Of”.

Later in the movie it becomes clear that there were no creatures in the woods. The creatures were boogeymen—or a farce—created by the village Elders to keep the young people from leaving the village.

Limiting beliefs are a lot like “Those We Do Not Speak Of”. They’re just figments of our imagination—a lot of the time put there by others—that keep us trapped in our comfort zone and prevent us from trying new things and taking risks for fear of getting hurt.

We can have limiting beliefs about anything. Here are three examples:

The reason why limiting beliefs are so pervasive is that they seem real to you. In addition, it’s very likely that you’ll be able to find evidence to support your limiting beliefs.

In “The Village”, the Elders had created elaborate costumes of fearsome creatures with gruesome faces and large hands with sharp claws. Periodically they would put on the costumes and walk along the edges of the village where the young people could see them. This kept the young people in fear of leaving the village: even though it was just the Elders dressed up in costumes, to the young people “Those We Do Not Speak Of” looked very real.

You can’t overcome your limiting beliefs if you don’t know what they are. Therefore, the first step that you need to take in order to let go of limiting beliefs is to bring the sneaky little devils to the surface. You can do this by journaling.

You’re going to sit down for a block of time which can range anywhere from half-an-hour to forty-five minutes.  Choose an area of your life that’s not working out for you at the moment and write down your current situation. Then ask yourself how you got to this point.

As an illustration, if you’re currently going through a difficult situation regarding money, ask yourself questions such as the following:

Journaling will help you to make your limiting beliefs come up to the surface.

Second Strategy for Overcoming Limiting Beliefs: Use the Power of Observation

A great way to overcome negative beliefs is to observe the behavior of others. Observing other people can serve two different purposes. First, it can help you to uncover beliefs about yourself that you’re unaware that you have. Sometimes it’s hard to notice certain behaviors or reactions in ourselves. However, when we see someone else doing it we can say, “Yeah, I do that too.”

Third Strategy for Overcoming Negative Beliefs: Be Your Own Mentor

Fourth Strategy for Overcoming Limiting Beliefs: Act As If

Once you’ve uncovered a positive belief which you would like to adopt for yourself—by observing those who are succeeding in areas in which you’re currently failing miserably, and by having a conversation with your future self—you need to start acting “as if”. That is, act as if the positive belief is true. Look at the following:

Now, get out there and do it. Until you can get yourself to truly embrace the new belief, act as if.

The next time that you find yourself holding back due to limiting beliefs, keep telling yourself that there are no creatures in the woods. Then, use the strategies explained above to overcome your limiting beliefs. Live your best life by overcoming the limiting beliefs that keep you locked up within your current comfort zone.

Next post: 70 Money Quotes that Will Make You Rich