How to Live A Life of No Regrets 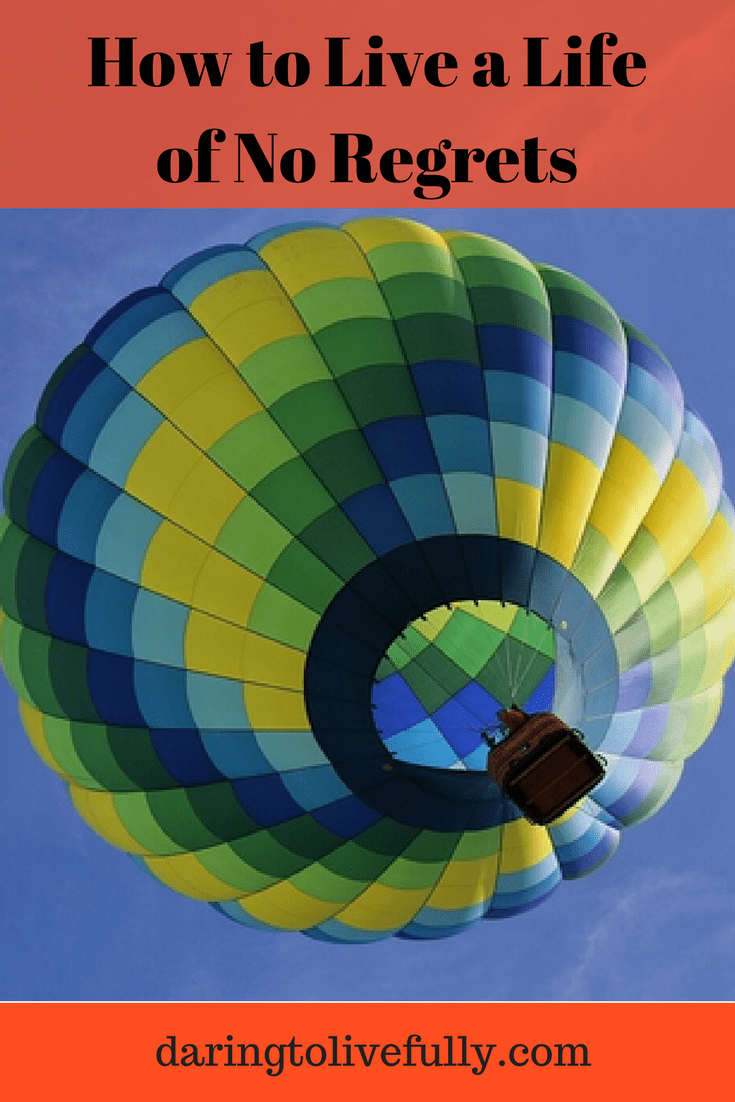 We all have regrets—things we wish we’d done, or not done.

Regret is the disappointment or sorrow that we feel when we ruminate over the belief that our life today would be better or happier if we had done something differently in the past.  We can feel regret over many different things, including the following:

The list goes on and on. When regret turns into fruitless rumination it can have a negative effect on both the mind and the body. Obsessing over regrets can lead to depression and stress-related diseases, it can lower your self-esteem, and it can prevent you from engaging with life in a positive and productive way.

The good news is that there are ways to deal with regret so that it stops having a negative effect on your life. Below you’ll find 10 ways to live a life of no regrets.

1. Learn From Your Regrets.

A while back I wrote about worry, and how it’s often a sign that there’s something that needs your attention. In much the same way, regret is a sign. It can be a sign of any of the following:

2. Accept That Some Things Are Out of Your Control.

The point above addresses the aspects of situations that you regret which were under your control. However, not everything is within your control.

When I was studying at Georgetown I took a class on Greek mythology. The professor showed us how, at first, the Greeks believed that everything that took place was decided by the gods. That is, people had almost no control over what happened to them. Some people were simply blessed by the gods, and some weren’t.

Gradually, the Greeks came to realize that a lot of what happened to them in life wasn’t preordained. Instead, it was up to them to decide what they wanted, and then make it happen. The fate of the heroes they wrote about became less dependent on the will of the gods and the vicissitudes of fortune, and more dependent on their own free will.

Nonetheless, the gods continued to lurk behind the shadows, helping this or that person out on some occasions, and knocking people down on others. The reality is that this is what life is like. A lot of things are within your control, but a lot of things aren’t.

3. Show Yourself Some Self-Compassion.

My last blog post was on self-compassion, and how having compassion for yourself makes you happier and more successful. In addition, self-compassion can help you to grow from your regrets, rather than wallow in them. Researchers at UC Berkeley recruited 400 adults and divided them into three groups, as follows:

In questionnaires administered afterward, participants in the first group—those who had taken a self-compassionate perspective toward their regret–reported a higher willingness than participants in the other two groups to work on self-improvement. In addition, they were more committed to learning from their mistake and not repeating it in the future.

Self-compassion plays an important role in a life of no regrets.

Regret, if left unchecked, can be a source of relentless self-induced suffering. One of the ways in which people self-flagellate with thoughts of regret is by constantly playing the “what-if” game.  It goes something like the following:

Playing “what-if” is completely useless. Think of humpty dumpty. Once he fell off that wall, there was no putting him back together again. After all, you can’t unbreak a broken egg.  Playing “what-if” will just make you feel bad, and it’s a huge waste of time.

When I find myself thinking about something I regret, and I start playing “what-if”, I recite the well-known nursery rhyme to myself: 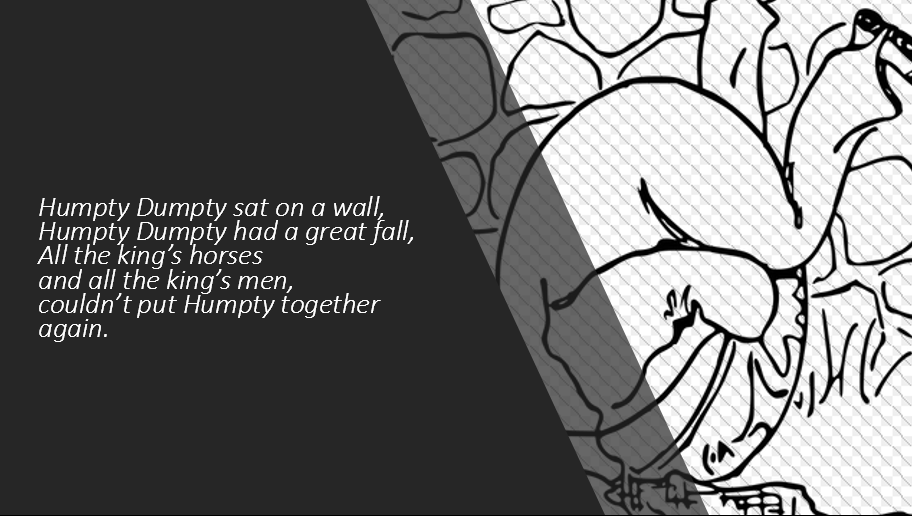 That interrupts my train of thought so I can stop playing “what-if”. Then, I get busy doing something more productive. Make the following your motto: “I’m too busy to play the ‘what-if’ game and dwell on regrets.”

Let’s assume you’ve had a dream for a long time, but you either failed to pursue it, or you tried and failed. If it’s the first situation, you can take the plunge now. If it’s the second, you can try again. However, sometimes you won’t have either of these options anymore because what you wanted to do or experience is no longer within reach.

For example, it may have been a once in a lifetime opportunity, or you may no longer be healthy or young enough to pursue the opportunity. However, that doesn’t necessarily mean that all is lost.

Even if your dream is no longer attainable as you had originally envisioned it, you can still pursue a modified version of it. Here are some examples:

If your dream is no longer achievable in its original form, instead of living in regret, look for ways to modify the dream, make it smaller, or find a way to achieve a similar end result through different means.

6. What If You Knew You Would Die in Five Years?

7. Tell Your Loved Ones That You Love Them.

One of the things that people most regret is failing to tell the people that they care for that they love them. This morning my sister called to tell me that her husband’s brother had died. He was in his mid-forties and he died out of the blue of natural causes. The truth is that people can die at any moment.

My grandmother turns 94 this month. I’m already making plans to take her out for lunch for her birthday, and I’m going to make sure that I let her know how much I love her.

Moving forward, treat any failures or mistakes as stepping stones instead of building new regrets. I recently wrote about applying design thinking to your life. One of the steps of design thinking is to create prototypes—or experiments—and trying them out in the real world to see how they do.

If a prototype fails, that’s OK. Now you have more information you can use to build your next prototype. Keep telling yourself: “Alright. That prototype failed. What shall I try next?” Move forward in this way until you’ve come up with a prototype that gets you what you want.

In order to live a life of no regrets, turn your failures and mistakes into prototytpes, or stepping stones.

In point 5 above we discussed what to do in case your dream is no longer available to you in its original form. However, instead of modifying your dream, you can choose to scrap it altogether. Come up with an entirely new dream.

Nonetheless, the version of you that’s living in this universe right now can choose to go down a different path. Sit down and draft a completely different life plan for yourself. Then, get to work on that life plan.

Regret can suck all the joy out life. Live your best life by living a life of no regrets. Start with the 10 tips and strategies explained above.