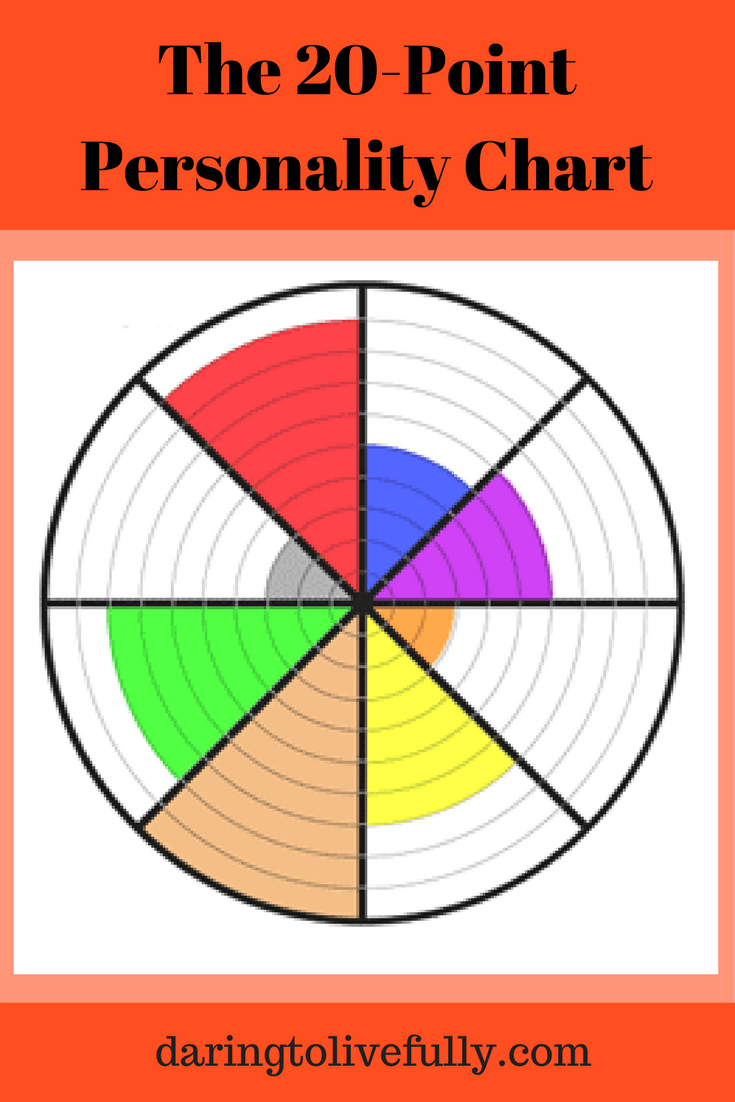 A personality chart can help you become the person you want to be.

A few days ago I discovered a TV show called Westworld. Westworld is a theme park populated by incredibly life-like androids—called “hosts” –who play the typical characters that existed in the American Wild West:

Humans visit this world in order to live out their cowboy fantasies (with the androids catering to their every whim).

Gradually, the androids become more and more self-aware. Maeve Millay, a brothel madam, is one of the first hosts to realize the true nature of her reality: she’s an android who’s being controlled by humans and being used for their entertainment.  In Episode 5 of the first season, Maeve surprises one of the technicians—Felix– by “waking up” while he’s repairing her after her latest “death”. In the next episode, Felix explains to Mauve how the hosts are created, codified, and maintained.

He also explains to her how they’re given personalities to match the character that they’ll be playing in the theme park. Maeve is shown a chart with 20 different personality traits on it, with a rating from 0 to 20 for each one.

Here are the 20 personality traits on the chart: 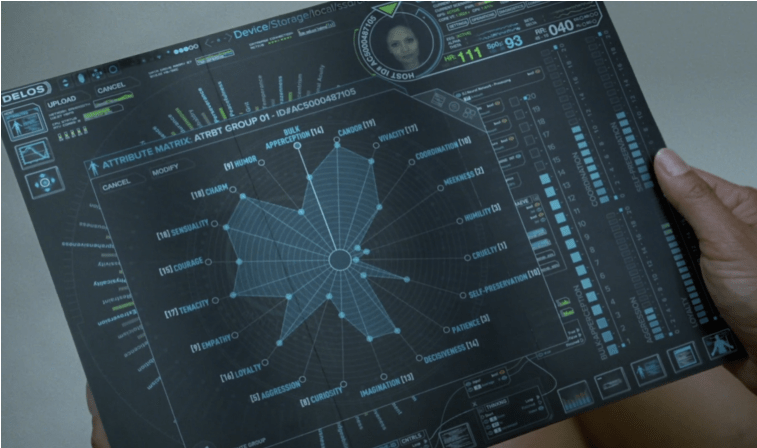 And here’s Felix’s explanation of the chart:

Maeve is unhappy with the rating she’s been given on some of the traits on her personality chart, and she asks that they be changed.  That is, she asks for, and receives, a personality upgrade.

Below you’ll discover how to create your own personality chart, and how to use it to become the person you want to be—that is, to give yourself a personality upgrade.

How Is Personality Determined?

If the hosts’ personalities on Westworld are determined by their programmers, what is a human being’s personality dependent on? An individual’s personality depends on their brain structure; patterns of thoughts, feelings, and behaviors; and their levels of different hormones and neurotransmitters. These are  influenced by four factors:

That is, an individual’s personality is based on their genes interacting with their environment.

Can A Person Change Their Personality?

If the programmers on Westworld want to change a host’s personality, all they have to do is change the rating for the personality trait that they want to modify. So, for example, if one of the hosts isn’t interacting well with the visitors to the theme park, the programmers can choose to give that host more charm, humor, or sensuality.

But can a person change his/her personality? I would say “yes” from personal experience. In addition, there are scientific studies that back me up.

A study published in the Journal of Personality and Social Psychology found that when study participants changed their daily behavior to match the personality changes that they wanted to make, they were able to make significant personality changes over the course of the 16-week study.

In another study–from the University of Manchester and the London School of Economics–the lead researcher, Chris Boyce, had the following to say:

“We found that our personalities can and do change over time — something that was considered improbable until now — and that these personality changes are strongly related to changes in our wellbeing. Our research suggests that focusing on who we are and how we relate to the world around us has the potential to unlock vast improvements in our wellbeing.”

How to Create Your Personality Chart

Creating a personality chart is a three-step process. The three steps are explained below.

Step One. Determine the Personality Traits to Measure.

Step Two. Rate Yourself on Each Personality Trait.

The second step is to rate yourself on each personality trait on a scale from 1 to 20. There are three different approaches you can use for this.

The third step is to create your chart. Do the following:

And, there you have it: you’ve created a personality chart.

How to Change Your Personality

Then, create your game plan. For example, as I explain in my post on 19 Ways to Be More Conscientious, if you want to be more conscientious you should take action such as the following:

I’ve also written about concrete steps you can take to be more resilient, more charismatic (and interesting), and more optimistic. For the other character traits, conduct your own online research, find a good book on Amazon, or find a self-development course that will help you to craft a game plan on how to proceed.

Three months after you’ve started taking action to modify your personality traits, create another personality chart. How have things changed? Has your score improved for the personality traits you want to change? If not, take corrective action. If so, keep going until you’ve gotten the results that you’re after.

I consider myself to be a great example of someone who has changed their personality through conscious effort. I’m much more outgoing, resilient, perseverant, positive, and confident than I used to be.

In addition, I’m currently working on being more patient and conscientious. Live your best life by creating a personality chart and using it as a self-improvement tool.

And, in case you’re wondering whether you should start watching “Westworld”, I highly recommend it (I usually don’t like sci-fi shows, but this one is terrific). Here’s a trailer:

Next post: How to Reframe Your Life Stories to Create a Better Life

Previous post: How to Live A Life of No Regrets