A Simple Exercise to Increase Your Happiness 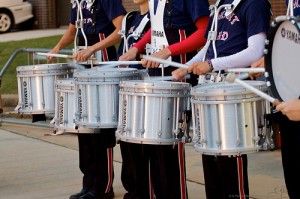 Sam Berns was an American who suffered from progeria, a rare genetic disorder in which symptoms resembling aspects of aging are manifested at a very early age. He was born in 1996 and died in January of this year, at the age of 17.

In a Ted Talk he gave in October of 2013, Sam shared his philosophy for happiness. He indicated that there were many obstacles in his life, most of them created by progeria. However, he made the choice not to focus on the things he couldn’t do because of his disease. This is how he put it:

“Be OK with what you ultimately can’t do, because there’s so much you can do.”

Instead of thinking of the fact that he couldn’t run a long distance race, or ride an intense roller coaster, Sam chose to focus on the activities that he could do, and that he was passionate about. This included things such as the following:

At the same time, he would take a look at the list of things that he really wished that he could do, but couldn’t, and he would look for ways to make adjustments, so that he could participate in those activities. Here’s how Sam put it:

“Put things in the can do category by making adjustments.”

Because marching with the band was an important goal for Sam, he started looking for ways to make adjustments so that he could march with them during game half-times. Sam and his family worked with an engineer to design a snare drum harness that would be lighter and easier for Sam to carry.

They were able to come up with a snare drum apparatus—which included the drum and the drum carrier—which weighed only about six pounds. With this adjustment, Sam was able to achieve his dream of marching with the band.

The simple happiness exercise that can be derived from Sam’s philosophy is the following:

When Sam was asked what was the most important thing that he wanted people to know about him, his answer was the following: “I want people to know that I’m happy”. Sam had a simple happiness philosophy: focus on the good, and find creative ways to move things from the “I can’t” to the “I can” category. Live your best life by following this same philosophy.