How Thinking in Reverse Can Make You More Creative 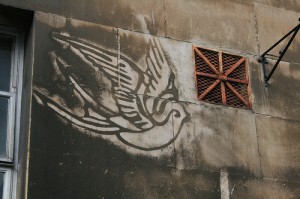 I already wrote in a previous blog post about being more creative by doing things the other way around. Instead of doing things in the regular, logical, straightforward fashion, you get a fresh perspective and generate new ideas by doing the opposite of what would normally be expected.

I recently came across three great examples of this, and I wanted to share them with you. The three examples are the following:

You’ll find an explanation of these three examples, below.

Reverse Brainstorming is a technique in which you state your problem in reverse. For example, you change a positive statement into a negative one, you try to define what something is not, and so on.

Basically, it’s a combination of the well-known brainstorming technique with the technique of changing your perspective so that you can look at the problem or situation from a completely different angle.

Cyriel Kortleven has a great illustration of this on his blog. The example he uses is networking. Instead of asking yourself how you can triple your networking in a month so that you can make more contacts, which could potentially lead to more sales, you could ask yourself something like the following: How can I make sure that no one ever contacts me?

One way no one would contact you is if they don’t have any way to reach you because they don’t have your contact information. And if you never carry business cards with you, people wouldn’t have your contact information. So, how can you can make sure that no one ever contacts you? By never carrying your business cards with you.

Although graffiti–done well–can be an art form, it’s often an act of vandalism. A clean wall or surface is defaced with ugly scribbles, profanity written in spray paint, illegal advertisements, and so on.

Reverse graffiti is the opposite of this. A dirty wall covered in soot and grime is beautified by cleaning it in such a way that shapes–often trees, flowers, birds, and so on– are created on the wall.

The image below–as well as the image at the top of this blog post–is an example of reverse graffiti: 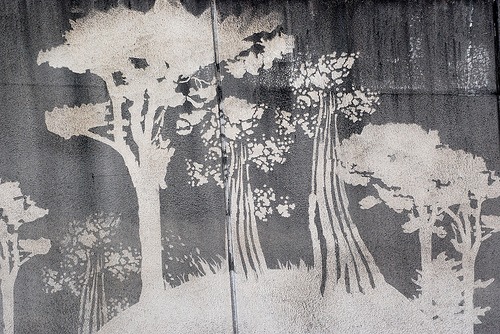 Reverse graffiti is often a call on government to clean up dirty, neglected public spaces.

The inversion technique is similar to reverse brainstorming. Here’s an example of the technique from Josh Kaufman’s book, “The First 20 Hours”:

By studying the opposite of what you want, you can identify important elements that aren’t immediately obvious. Take white-water kayaking. What would I need to know if I wanted to be able to kayak in a large, fast-moving, rock-strewn river?

Here’s the inversion: What would it look like if everything went wrong?

If I managed to do all of these things at once in the middle of a raging river, I’d probably die – the worst-case scenario. This depressing line of thought is useful because it points to a few white-water kayaking skills that are probably very important:

This mental simulation also gives me a shopping list: I’d need to invest in a flotation vest, helmet, and other safety gear.

Now … I have a concrete list of subskills to practice and actions to take to ensure that I actually have fun, keep my gear, and survive the trip.

Next post: How to Take Back Control Of Your Life

Previous post: 25 Creativity Quotes That Will Reawaken Your Inner Artist