25 Ways to Be More Creative 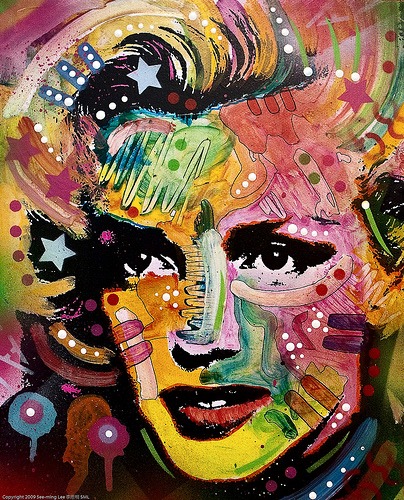 In the introduction to my ebook, “How to Be More Creative – A Handbook for Alchemists”, I write the following:

“Being creative can involve cooking a meal from scratch, creating a novel marketing campaign, making up a bedtime story for your child, finding ways to cut costs, or even developing a creative solution to a negotiation impasse. Whatever you do, creativity helps you do it better.”

Here, then, are 25 ways to help you be more creative.

1. Simply begin. Creativity is there all the time. You need to begin, and then inspiration will come to you. When you’re cranky, when all you can think about are all the things on your to do list that need to get done, when you feel that you’re just not “in the mood” to create, when your inner critic tries to dissuade you from even trying, do it anyway.

When Michael Mikalko–author of “Cracking Creativity”–has writer’s block, he simply sits down and writes, “O, lend me to some peaceful gloom,” over and over until his own thoughts and words come. Then he just keeps going.

2. Remember there is more than one right answer. Consider the high school science exam where one question was: “How can you determine the height of a building using a barometer?”

Most students, after recalling the teacher’s lecture on this subject, gave the answer, “Measure the atmospheric pressure at the top of the building, measure it at the bottom of the building, note the difference, and then calculate the height.”

Two students were marked wrong for their answers. One responded, “Take the barometer to the top of the building, throw it off the roof, time how long it takes until you hear a crash, and then use the acceleration-through-space formula to calculate the distance it traveled.” That answer was not what the teacher was expecting; but it works.

Another student answered that he would find the owner of the building and offer him the barometer in exchange for being told the height of the building. This answer would also have worked. (Source).

3. Watch “The Three Stooges”. Laughing has been shown to help people think more broadly, associate freely, and notice complex relationships. One study found that people who had just watched a video of television bloopers were better at solving a puzzle long used by psychologists to test creative thinking.

Edward de Bono writes about humor in his book, “I am Right, You are Wrong”. He explains that humor is based on a logic very different from traditional logic. The significance of humor is that it indicates pattern-forming, pattern asymmetry and pattern-switching. Therefore, humor has the same basis as creativity and lateral thinking.

4. Combine. Combine ideas in a unique way; look for relationships between disparate things; make useful associations among ideas; look afresh at what you normally take for granted. Here are two examples:

As Thomas Disch once said, “Creativity is the ability to see relationships where none existed.”

6. Be curious about everything. You never know when random, seemingly unrelated ideas will come together to form a new idea. Here’s a quote from Carl Ally:

“The creative person wants to be a know-it-all. He wants to know about all kinds of things-ancient history, nineteenth century mathematics, current manufacturing techniques, hog futures. Because he never knows when these ideas might come together to form a new idea. It may happen six minutes later, or six months, or six years. But he has faith that it will happen.”

7. Drench Yourself In Creativity. Go to museums and gallery openings. Go to the symphony and to rock concerts. Read great works of literature. Go to poetry readings.

8. Challenge your assumptions. A fat, round watermelon takes up a lot of room. Instead of just assuming that watermelons had to be round, Japanese farmers began inserting melons in square glass cases while they were still growing on the vine.

The end result was a square watermelon which fits conveniently in the refrigerators in which they’re transported. What assumptions are you making that are stopping you from finding a solution to your problem? (Source).

9. Play Baroque Music. Baroque music-such as Vivaldi’s “The Four Seasons” and Pachbel’s “Canon”-has been shown to synchronize brain waves at about 60 cycles per second, a frequency associated with increased alpha waves. In turn, alpha is a frequency of mind associated with enhanced creativity.

11. Shift gears. Take time off and put together a jigsaw puzzle. Follow Einstein’s advice: take a nap.  Isaac Asimov was quoted as saying that when he got stuck writing a book he would simply put the project aside and start writing a completely different book.

Seymour Cray, the legendary designer of high-speed computers, used to divide his time between building the next generation super computer and digging an underground tunnel below his Chippewa Falls house. Thomas Edison, a man with over 1,000 patents to his credit, would go down to the dock and fish. Ray Bradbury would go for a bike ride.

12. Look to nature. Are there any analogies you can draw from nature? Velcro was inspired by nature. The Swiss Georges de Mestral, inventor of Velcro, noticed how the sticky seed heads of burdock plants attached themselves to his pants and to his dog after walks in the woods. This observation led him to invent the product now called Velcro in 1948.

Jaffee managed to break into the business of syndicated comics by doing something different than what everybody else was doing: rather than drawing a traditional horizontal strip that would compete with the existing material, he opted for a seven-inch-tall vertical strip, which gave editors a lot more flexibility as to where in the paper the strip would run. (Source).

What can you do that is different from what everyone else is doing?

You can also wake up the right side of the brain by doing something artistic such as drawing, playing a musical instrument, creating mandalas, and so on. In addition, meditation stimulates the right brain hemisphere.

15. Use the Random Word Technique. Start by writing down a description of your problem, challenge or opportunity. Then, choose a random word–you can open a dictionary and choose the first word your eyes focus on–and write down any associations that it makes you think of. After jotting down a number of words or short phrases, review your associations and your problem statement, and determine if you could adapt any of your associations to your current problem.

16. Create a mindmap. Write a topic heading in the center of a white piece of paper and then start writing related ideas on branches linked to the main topic; then add more ideas as sub-branches. Create as many levels of ideas as you want. Use different colors and add illustrations.

17. Disrupt your habitual thought patterns. Take a different route to work, try food you’ve never eaten before, listen to a music genre you normally don’t listen to, read different magazines, and so on.  Explore something new, try something you’ve always wondered about.

18. Re-connect with your inner child. Buy crayons and a coloring book-the big thick kind filled with all kinds of images that you loved as a child–and sit down for an afternoon of coloring. It’s OK if you color outside the lines. Play jacks, draw with chalk on the sidewalk, build a fortress, go to the playground and climb on the swings . . .

19. Break it down. Break a problem down into it’s smallest components and rebuild it from the ground up, questioning at every step whether that’s the best way to do it.

21. Focus. Great creative breakthroughs usually happen only after we have focused sufficient attention on our subject matter. That is, AHA! moments normally come only after much intense conscious effort.

In 1816, Mary Shelley spent the summer with her husband–the Romantic poet and philosopher Percy Shelley–, the poet Lord Byron, and others in Switzerland. It was raining a lot, so they would entertain themselves by reading ghost stories. Then, they decided that they would each write a horror story and share it with the others.

22. Set a quantity quota. Instead of telling yourself that you’re going to find a solution to a problem, tell yourself that you have to come up with 100 possible solutions. That is, emphasize quantity over quality. This allows your inner perfectionist to relax and to allow the ideas to flow.

23. Make it visual. Learn to draw, even if it’s very rudimentary sketches. Use Betty Edwards’ book “Drawing on the Right Side of the Brain” to teach yourself to draw.

25. Avoid Disruptions. It’s difficult, if not impossible, to enter your creative zone when you’re constantly being interrupted.  Jonathan Franzen wrote his 2001 novel “The Corrections” at times wearing earplugs, earmuffs and a blindfold. That might be too extreme for most of us, but at the very least try to find a quiet place, turn off your cell phone and other communications devices, and then get to work.

1. Three Unconventional Ways to Find Ideas
2. Nine Creativity-Sparking Tips
3. The Night Before Christmas and Stealing Like An Artist
4. Stuck for An Idea? Try SCAMPER

Next post: How to Get a Harvard-Quality Liberal Education In 15 Minutes a Day (For Free)