You Must Be Willing to Fail to Be Creative and Innovate 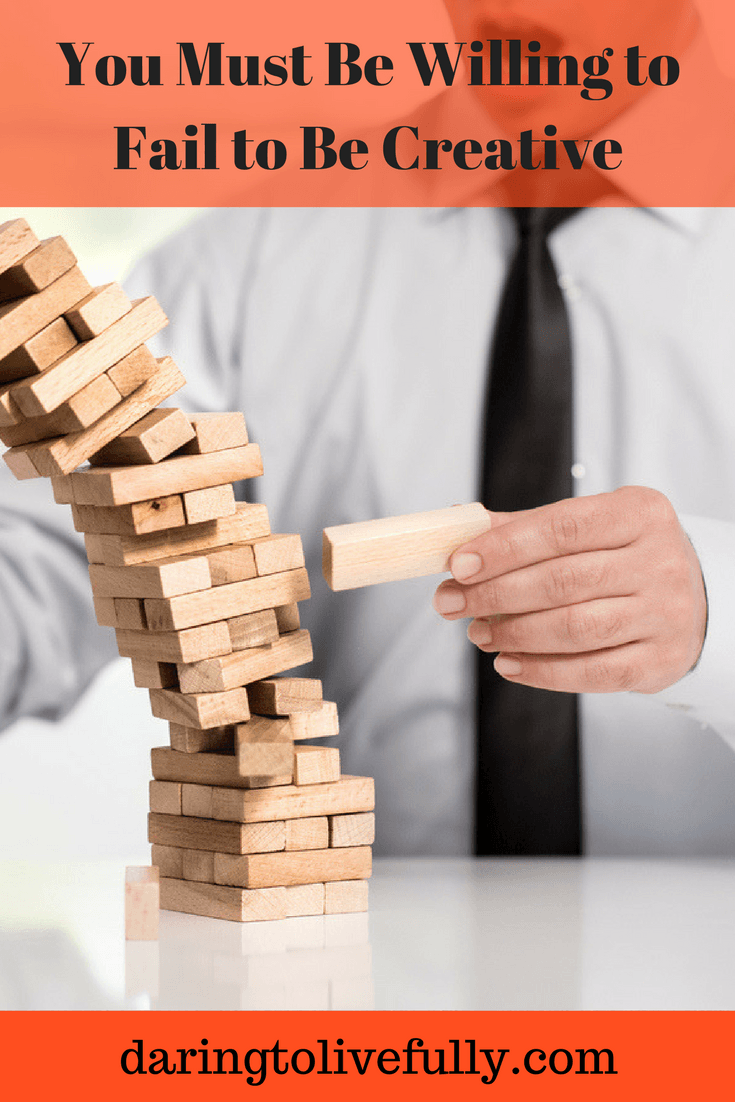 One of the key ingredients of creativity and innovation is failure. In order to be creative, you have to be willing to take risks. To use the analogy of a painter, use bright and bold colors instead of creating dull, bland, and “safe” paintings. If you want to discover inspired ideas, accept that you’re going to encounter more than a few that won’t work.

Below you’ll find stories from Disney, a business book written in manga, Silicon Valley, and a Stanford University classroom which illustrate that for creative success, you must be willing to fail.

Failure at Disney – The Gong Show

Michael Eisner is a former chief executive officer of The Walt Disney Company, and previously of Paramount Studios. He argues in this video that failure is a part of success. Eisner explains that Tom Watson, the founder of IBM, once said that the way to accelerate your success is to double your failure rate.

He adds that you should never make the same mistake twice. However, an intelligent stumble is nothing to be ashamed of. In fact, to punish failure is to encourage mediocrity.

Eisner adds that at Disney they encourage failure with an idea-pitching Gong Show. The Gong Show is based on a 70s television amateur-hour show in which people with many different types of talents competed in front of a panel of celebrity judges. If any judge considered an act to be particularly awful, they could stop the act by striking a large gong.

For its Gong Show, Disney holds a meeting two or three times a year in which any Disney employee can present an idea for a full-length feature animation to top Disney executives. During the Gong Show, outrageous ideas are completely acceptable. They create an environment in which people feel that they’re free to express their ideas.

Most of the ideas presented during the Gong Show are awful, and deservedly get gonged. However, after hours and hours of this, some really great concepts emerge. “Hercules”, for example, came from an idea that was presented at a Gong Show.

Eisner explains that the Gong Show works because it’s almost a badge of honor to get gonged. This outlook makes people willing to fail.

Be Willing to Fail and Make Excellent Mistakes

“The Adventures of Johnny Bunko” is  a career guide by Daniel H. Pink, bestselling author of “A Whole New Mind”. It’s presented in Japanese manga-style and follows the life of Johnny Bunko. Bunko is very creative and he loves to draw, but he was told to “major in accounting–that way you’ll always have a job”.

He did what his parents, teachers, and counselors told him to do. He did pretty well in school, and then got a job at the fictitious Boggs Corporation. Johnny finds himself bored out of his wits and wondering if he did the right thing by trudging through four years of business school and picking a “safe” career.

One night, Johnny has to stay late at the office, yet again. He decides to pick up dinner from a local sushi and noodles joint. While mumbling in exasperation about how bored and uninspired he is, he snaps a pair of chopsticks. Magically, a genie and career counselor named Diana appears.

Diana proceeds to give him career advice and, throughout the story, Johnny learns six rules from her which completely change his life. One of these rules is to make excellent mistakes. The exchange is as follows:

Diana: “Too many people spend their time avoiding mistakes. They’re so concerned about being wrong, about messing up, that they never try anything– which means they never do anything. Their focus is avoiding failure. But that’s actually a crummy way to achieve success. The most successful people make spectacular mistakes– huge, honking screw-ups! Why? They’re trying to do something big. But each time they make a mistake, they get a little better and move a little closer to excellence.”

Diana: “It is. But it’s more risky not to. I’m not talking about random, stupid, thoughtless blunders, though. I’m talking about good mistakes. Mistakes that come from having high aspirations, from trying to do something nobody else has done.”

The Biggest Successes Are Often Bred from Failures

For several years Randy Komisar has partnered with entrepreneurs creating businesses with leading-edge technologies as a “Virtual CEO”. In addition, he’s a Consulting Professor of Entrepreneurship at Stanford University and author of the best-selling book “The Monk and the Riddle” in which he shows readers how deals are made and businesses get started in Silicon Valley.

Randy explains in this video that what distinguishes Silicon Valley is not its successes, but how it deals with failure. Venture capitalists are in the innovation industry, which means that they strike out more than they hit homeruns. That’s just the way things are.

Innovation is doing things that have never been done before. The technology industry is basically a laboratory, and they’re conducting experiments.

That is, even if a venture fails you gain experience, and then it’s a matter of asking how to redeploy that experience around a different opportunity. They recognize failure as an important part of the creative and innovation process.

Tina Seelig is the Stanford Technology Ventures Program’s Executive Director. In her lecture on “The Art of Teaching Entrepreneurship and Innovation” which she gave at Stanford a few years back, she encourages the audience to fail fast, frequently, and cheaply. That is, to use quick, rapid, prototypes.

Seelig indicates that if you’re not failing sometimes, you’re not taking enough risks. She adds that the ratio between our failures and our successes is pretty stable, so if you want more successes, you’re going to have to be willing to fail more often.

As an exercise in learning to fail, she has her students at Stanford create a failure resume. This is a resume of their biggest screw-ups: personal, professional, and academic.

The idea is that it’s OK to fail, as long as you learn something from it. Part of being an entrepreneur and creating innovation is being willing to put yourself out there, and that means that part of the time you’re going to fail.

I’d take this exercise a step further by adding that you should write down how you turned the failure around, what you learned from the failure, or how you managed to use the failure to your advantage.

So, go ahead and create your failure resume, try to do something big, star in your own Gong Show, and make sure to always ask yourself what you can learn from your failures and how you can apply those lessons to your next project.

To live your best life, be willing to fail.

Next post: Learn To Draw In 30 Days Challenge: An Alternative to NaNoWriMo

Previous post: How To Do the Things You Don’t Want to Do