5 Books On Power You Must Read to Succeed in Life 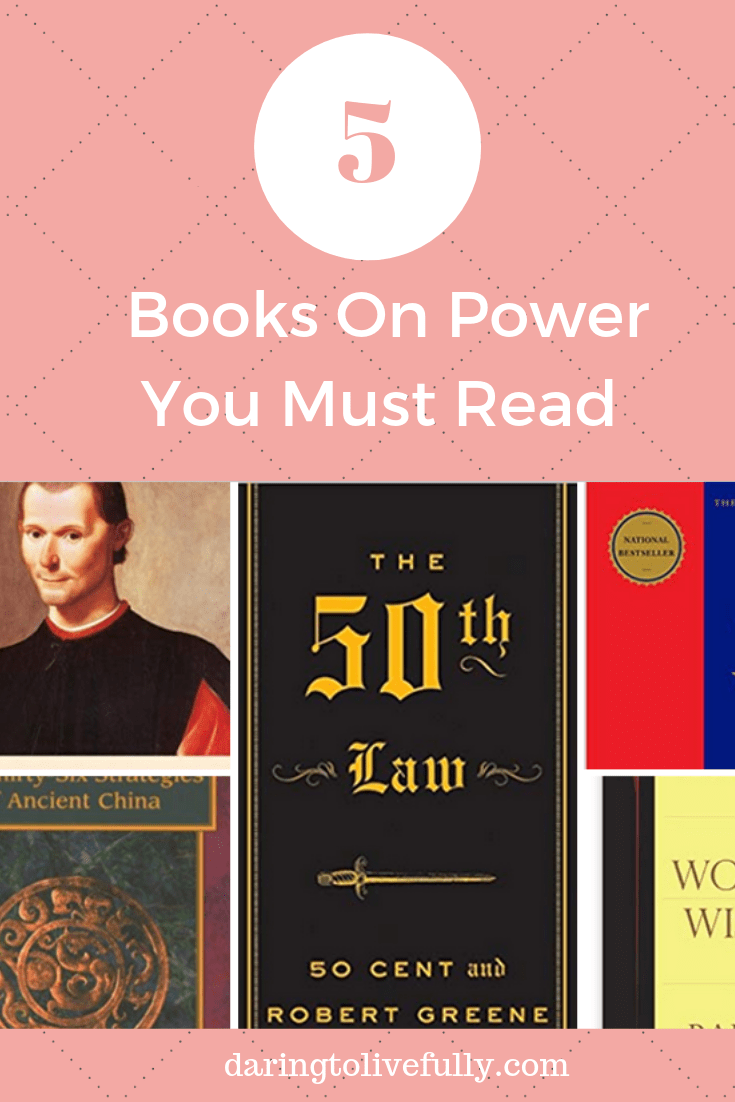 If you want to create a better world for yourself and others, you need to amass the power necessary to do so.

Wanting power, like wanting money, is seen by many as being immoral. However, power is neutral. You can acquire it unethically and use it unjustly, or you can gain power through moral means and use it to improve your life and that of your loved ones, and for the betterment of society. In addition, knowing how others acquire power can help you to identify when someone else is trying to take your power away, so that you can take action to stop them.

In this post I’m going to share with you five books on power that you must read. In addition, I’ve summarized one or more of the best lessons in each book. 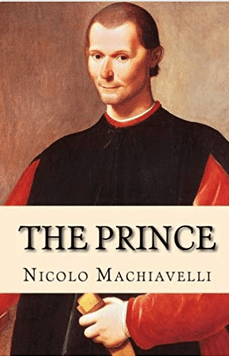 “The Prince” by Niccolò Machiavelli is the first book on power I’m going to recommend that you read. It was written in 1513 but was not published until 1532. Machiavelli was a diplomat, politician, historian, philosopher, writer, and playwright.  He had been exiled from Florence and wrote “The Prince” to curry favor with the ruler of Florence, Lorenzo de Medici (the grandson of Lorenzo Il Magnifico), and win an advisory position in the Florentine government.

Although some equate “The Prince” with ruthlessness and guile, it’s a must-read not just for those who are interested in political science, but also for those who want to understand how the world works. After all, Machiavelli was a pragmatist. Here’s a quote from the book:

“There is such a gap between how one lives and how one should live that he who neglects what is being done for what should be done will learn his destruction rather than his preservation.”

Here’s a gold nugget from the book: “… to exercise the intellect the prince should read histories, and study there the actions of illustrious men, to see how they have borne themselves in war, to examine the causes of their victories and defeat, so as to avoid the latter and imitate the former.”

In other words. read so that you can avoid the mistakes made by others and emulate their successes.

The 48 Laws of Power 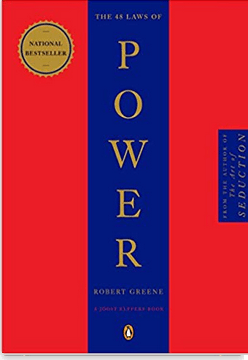 “The 48 Laws of Power” by Robert Greene is another book that makes a lot of people’s hair stand on end. Greene explains that he wrote the book to expose the dirty ploys of the executives he encountered during a period as a Hollywood screenwriter. Here’s how one reviewer on Amazon describes the book:

“It doesn’t teach one to be self-absorbed or evil or a heretic. It teaches one to stand your ground and to protect yourself from taking unnecessary burden, unfair treatment, and manipulation from corrupt people.”

In other words, the book prepares you for the real world. You need to accept things as they are in order to be able to work toward making things run as they should.

My favorite of the 48 rules in the book is Rule 34: Be Royal In Your Own Fashion: Act Like a King to Be Treated like One. Here’s Greene explaining the law:

“The way you carry yourself will often determine how you are treated: In the long run, appearing vulgar or common will make people disrespect you. For a king respects himself and inspires the same sentiment in others. By acting regally and confident of your powers, you make yourself seem destined to wear a crown.”

Greene uses Christopher Columbus to illustrate this law. Columbus was the son of a humble wine merchant. Nonetheless, when he was in the Portuguese and Spanish courts trying to get his trip to Asia funded, he passed himself as Italian nobility.

He was confident and bold, and people—including the king of Portugal and Queen Isabella of Spain–believed him when he claimed to be the descendant of aristocrats. Therefore, these monarchs treated him seriously. Eventually, Queen Isabella funded his trip.

I would sum this idea up as follows: act like the person you want to be. 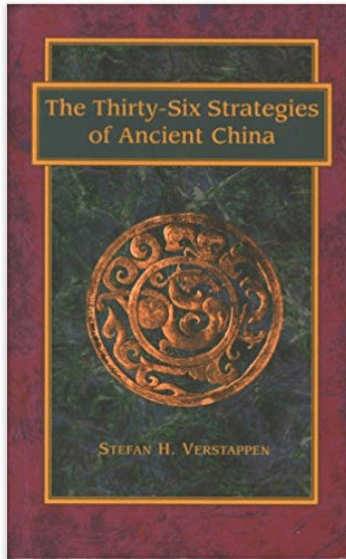 “The Thirty-six Strategies Of Ancient China” is a Chinese collection of 36 proverbs meant to be used as military tactics to defeat your opponent.  Each stratagem refers to a battle or folklore from the Three Kingdoms (from 220–280 AD, when China was divided into three states). It was written by a General named Tan Daoji , around 400 AD, and it cannot be missing from a list of books on power.

To illustrate that these strategies are not just for war, I’m going to refer to Linda Tan, a social entrepreneur and rice farmer who uses these ancient war stratagems to defeat pests in her field. Linda explains that she dreams of a great yield at the end of each season. Her worst nightmare is that by the end of the year her plants will have been destroyed by insects.

Although the obvious choice to get rid of pests is to use pesticides, studies show that pesticides are bad for the farmers’ health. Therefore, Linda had to find a different approach to attack her enemy. So, she turned to the 36 stratagems. Here are two of the stratagems that she used:

Below you’ll find an explanation of each.

To Kill With a Borrowed Sword

What this stratagem means is that if you want to hurt your enemy, you should find a third party to attack your enemy for you. The third party when it comes to defeating the pests in the rice fields is ducks. If you release ducks in a rice field, they eat the pests. Therefore, Linda got some ducks and released them in her fields. And the strategy worked: the ducks foraged in the rice fields, thereby reducing Linda’s pest problem.

Hide a Knife Behind a Smile

This stratagem means that you defeat your enemy by giving it something it likes. Then, when it’s off its guard, you move in for the kill. Pests really like nitrogen-rich plants. Therefore, when the farmers are applying nitrogen fertilizers, they have to be careful not to use too much.

Furthermore, the farmers can then apply pesticide to that small area, thereby killing a large portion of the pests.

As you can see from the two examples above, the proverbs in “The 36 Strategies” have many real-world applications. Increase your power by learning to wield these stratagems wisely. You can read all of the stratagem here.

The Art of Worldly Wisdom 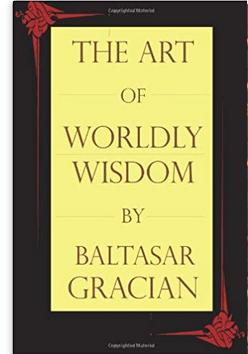 “The Art of Worldly Wisdom” is a gem. As I write in my post, 35 Pieces of Life Changing Wisdom That Will Make You More Powerful and Successful, this book was written by the Spanish Jesuit scholar Baltasar Gracian in the 17th century. It contains 300 proverbs that will help you to succeed in life.

Here’s one of my favorite proverbs from the book: “Don’t show off every day, or you’ll stop surprising people. There must always be some novelty left over. The person who displays a little more of it each day keeps up expectations, and no one ever discovers the limits of his talent.”

That is, make your skills and talents limitless by displaying them a little at a time.

Another of Gracian’s proverbs advises that you choose your friends wisely: “Put the right people beside you. The company you keep can work wonders. Customs and tastes and even intelligence are transmitted without our being aware of it.”

The German philosopher Arthur Schopenhauer once said the following about The Art of Worldly Wisdom:

“Absolutely unique. . . a book made for constant use. . . a companion for life. [These maxims are] especially fitted to those who wish to prosper in the great world.”

I would wholeheartedly agree. 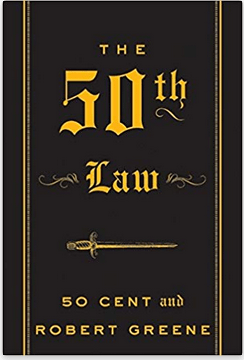 A while back I watched a video of a group of three hunters in Africa who—without weapons—took a wildebeest carcass that a pride of lions was feasting on. They walked up to the lions with so much confidence and fearlessness, that when the lions saw them approaching, they fled.  The men cut the pieces of meat that they wanted and quickly walked off before the lions realized it was a bluff.

This video immediately came to mind as I was reading about the book “The 50th Law”, written by Robert Greene—author of the “The 48 Laws of Power”– and the rapper 50 Cent, who went from selling drugs at the age of twelve to becoming a Grammy -winning musician who has sold over 30 million albums worldwide. He’s also survived being shot at close range nine times.

Here’s a quote that perfectly encapsulates the message of the book:

“…your fears are a kind of prison that confines you within a limited range of action. The less you fear, the more power you will have and the more fully you will live.”

Whatever situation you’re in, be the person with the least fear. This will give you a constant strategic advantage.

Always remember that while fear can alert you to danger so that you can take action to stay safe, a lot of fear is in the mind. The second type of fear—which is the most common –is unjustified fear which simply keeps you paralyzed and stops you from taking bold action. Learn to tell the difference between the two.

Next post: 5 Productivity Killing Habits (and How to Fix Them)

Previous post: How to Manage Your Energy to Get More Done