How to Prepare Yourself for Success 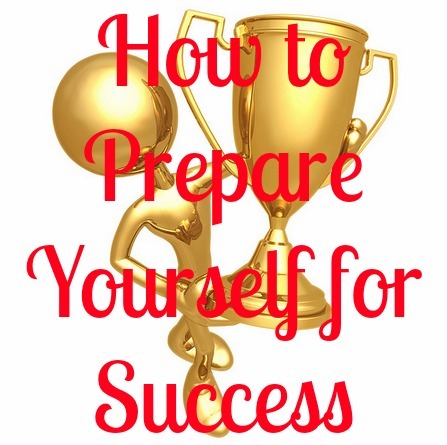 To succeed, you have to prepare.

In her fabulous book, Do Less, Achieve More, Chin-Ning Chu tells the story of a night in the 1960’s in which Clint Eastwood and Burt Reynolds were having dinner together. At that time, while Clint had already played major roles in several successful films and was recognized as an international star, Burt was still a struggling actor.

Burt asked Clint how he had gotten his big break and Clint answered:

“I prepared myself for success”.

Burt understood the principle contained in these words, he applied it, and he soon joined Clint as one of Hollywood’s biggest stars. Here’s a quote from the section of “Do Less, Achieve More” in which Chi-Ning Chu talks about this conversation between Eastwood and Reynolds:

“Before the Angel of Success arrives in your life, you should devote yourself to preparing your welcome for her. Polish your craft and strengthen your body to be fit so that you can do your job and enjoy success when it comes. Sharpen your mind and spirit so they are ready to face the challenges that accompany a visitation from the Angel of Success.

“If you are not ready when the angel knocks, she will flee. And who knows when she will make it back around to your door again?”

Below you’ll find several tips and examples on how to prepare yourself so that when success is standing at your door you’ll be ready to welcome her in and offer her a seat at your table.

Create a Clear Vision of What You Want to Achieve

In his book 100 Ways to Motivate Yourself Steve Chandler narrates that in 1976 he was a sports columnist for the “Tucson Citizen”. He was assigned to conduct an interview with some unknown actor who had just retired from bodybuilding named Arnold Schwarzenegger.

Schwarzenegger was in Tucson publicizing the movie “Stay Hungry” which he had just made with Jeff Bridges and Sally Fields, and which was turning out to be a big box office disappointment. At one point during the interview Chandler asked Schwarzenegger: “So, what do you plan to do next?”  Schwarzenegger calmly answered:

“I’m going to be the number-one box-office star in all of Hollywood”.

Keep in mind that when this interview took place Schwarzenegger had just left bodybuilding and he was huge and awkward.  There was also the matter of his very noticeable Austrian accent.  And, to top it all off, his first movie was doing rather poorly.

Chandler–trying hard to keep a straight face–asked Schwarzenegger just how he was planning to become Hollywood’s top star.  Schwarzenegger answered that he was going to follow the same process he used in bodybuilding.  He explained the process as follows:

“What you do is create a vision of who you want to be, and then live into that picture as if it were already true.”

Years later, the box office receipts from his second “Terminator” movie made Schwarzenegger the most popular box office draw in the world.  Having a clear vision of what you want to achieve, and constantly visualizing yourself as having achieved your goal, is a great way to prepare for success.

Act “As If” You’re Already a Success

Chris Guillebeau has a very successful blog titled “The Art of Nonconformity”. He sells guides from his blog explaining how to create freedom and how to be a travel ninja. In addition, he recently completed his quest to visit every country in the world before his 35th birthday.

A while back Chris wrote a free manifesto called “279 Days to Overnight Success” in which he explains how he became a full time writer in under a year.

One of the success secrets he shares is to “act as if”. Using blogging as an example, even if you have a tiny blog with very few readers, act as if you have thousands of readers.  That is, post regularly, give great care to the topics you choose to write about, and make sure that you provide lots of value in each post.

You’ll probably never have a lot of readers if your attitude is the following:

You can’t wait until you’re successful and until you have a large audience to start doing your very best.  Instead, you become successful and you gain a large following by producing top quality work even when you’re tiny.  This concept applies to everything, not just blogging.

In order to be successful, act as if you’re already successful.

Have Something at Stake

I wrote about Roger von Oech and his Creative Whack Pack in my last post. One of the cards in the Creative Whack Pack is titled “Have Something at Stake”. On that card, von Oech tells the story of a frozen-fish processor who was having trouble getting repeat sales of its new line of frozen fish.

After asking for feedback they discovered that the problem was that their customers didn’t like the taste of the fish. Specifically, they stated that it tasted “flat”. The company proceeded to try everything it could think of to keep the fish fresh, but to no avail. They weren’t able to improve the taste of the fish, and repeat sales continued to be low.

A short while later an expert on the natural history of fish happened by. The man offered one comment: “Why don’t you put a predator in there with them? That should keep them fresh.”

The company followed his advice, and it paid off. Since the fish had to keep moving around in order to keep from being eaten, they retained their vitality. Sure, there was some loss, but the increase in repeat business more than offset it.

The moral of the story is that you have to have something at stake. Most people are great at coming up with all sorts of excuses for not doing what needs to be done. They tell themselves things like the following:

As a result of this line of thinking, they never put enough effort into whatever it is that they’re trying to achieve, so they don’t get very far in achieving their goals.

In order to succeed you need to light a fire under your butt (you know the word that really goes here). And the way to light a fire is to have something at stake—self-esteem, money, reputation, and so on. To prepare yourself to succeed, raise the ante.

More Tips to Prepare to Succeed

Here are some more ways to prepare for success:

When the angel of success knocks on your door, will you be ready? Or will your lack of readiness cause her to flee? Live your best life by preparing yourself for success.

Previous post: How Constraints and Limitations Will Make You More Productive & Resourceful